Comedy must be the most difficult thing to write. A weak adventure story can be salvaged to some extent by exciting action sequences and likeable characters, for example. Sometimes, an intricate plot can save a thriller from being cold and clinical to a fault. But comedy? When the jokes don’t land, there’s not a lot you can do to pick up the pieces.

Zenith is, ostensibly, a comedy game, but I haven’t laughed once in the time I’ve spent with it. I’ve cringed plenty, I’ve grown bored and skipped through dialogue a few times, but not so much as a snigger has escaped my face.

It’s set up to be a parody of the myriad of fantasy RPGs out there, but its parody is almost entirely made up of referential nods. “Remember that time [THING] happened in [GAME]?”, it asks, without the slightest bit of insight or satirical commentary. A spiky-haired guy called Claude? Oh good, you played Final Fantasy VII! Hilarious. When it’s not trying to be a catalogue of past games, Zenith leans towards attempts at offbeat, wacky humour that just never seem to work. It’s as if somebody watched Monty Python’s Flying Circus, had a good laugh – rightfully – and then set out to try create something similar without taking the time to figure out what made that show so funny to begin with. You can’t just make a bunch of spiders break out into song and expect people to laugh at the oddity of it.

The final pillar of Zenith’s approach to comedy is an inordinate amount of out-of-place swearing. I don’t know if it’s meant to be funny seeing fantasy characters say “fuck” every three words, but it just comes across as a painful attempt to be humorously edgy. I’m sure there will be those who find the game’s approach to humour worthwhile, but I just found it awful.

This could almost be tolerable if there was a good game underneath, but Zenith is just boring, repetitive, and has almost nothing of value to offer. It’s a simple hack-and-slash action RPG that’s missing all the things that make games like Diablo interesting. Loot is boring, the skills you earn from levelling up are pathetic to the point of being useless, and enemies rarely do anything interesting to make combat itself exciting. You just hack away at the hordes, getting nothing of significance for your efforts. Bosses are giant sponges with simple attack patterns, making them a tedious slog to fight instead of providing any sort of interesting challenge. 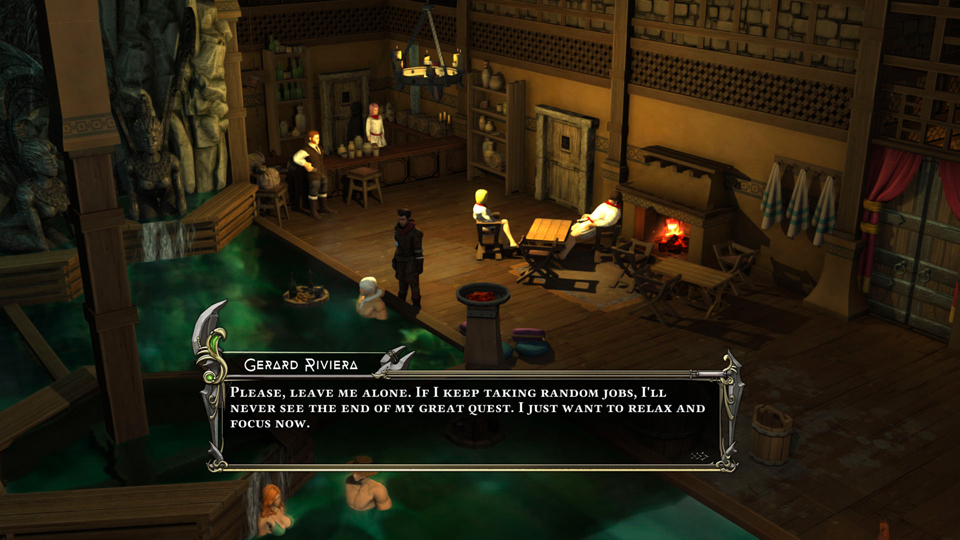 To top it all off, it looks bland and dated, has lots of text written in a hideous, difficult-to-read font, and is full of bugs and technical failings. There’s really nothing to save Zenith; it’s just an abysmal game across the board. I’ll admit, I’ve only managed to endure playing a few hours, but that’s because it was such an ordeal, and with no sign of getting any better, that I just couldn’t bring myself to keep going.

Zenith is developed by Infinigon and published by Badland Indie. It’s available now for PlayStation 4, Xbox One, and PC.

A press copy was supplied by Badland Indie for this review.