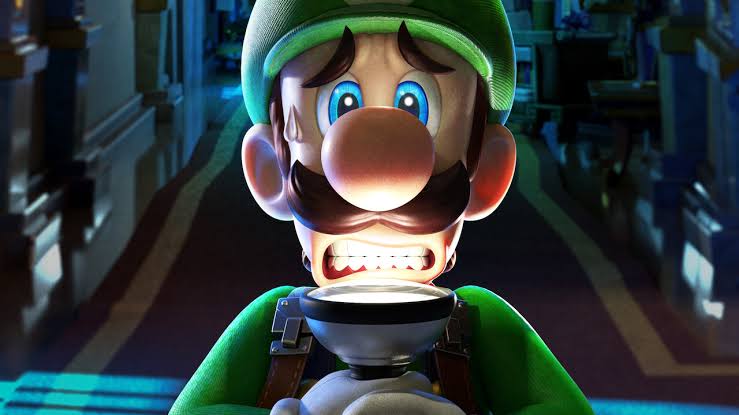 I can’t think of a better game to ring in Halloween than Luigi’s Mansion 3. Sure, there are scarier games out there, and that’s what a lot of people look for at this time of year, but growing up on the likes of The Nightmare Before Christmas and The Addams Family, I always associate Halloween with that style of family-friendly comedy horror. It’s a time for spooky festivity more than for staring down fears. Luigi’s Mansion 3 captures that feeling better than any other game I’ve played.

A Mushroom Kingdom vacation quickly goes awry when the hotel that Mario, Luigi, Peach, and a couple of Toads are staying at turns out to be haunted and everyone except Luigi winds up trapped in a painting. Though he’s deathly afraid of ghosts, it’s up to the green brother to save the day—making his discovery of the “Poltergust G-00”, the latest iteration of a vacuum cleaner designed expressly for sucking up ghosts, all the more convenient.

With vacuum in hand, Luigi can set about his task in earnest: work his way up each of the hotel’s 15 floors in search of his lost friends, each one sporting its own unique theme resident ghost boss. It’s in these spooks that Luigi’s Mansion 3‘s charms shine brightest; each one is a delightful caricature, creative in design and—somewhat ironically—full of life. Whether it’s a pirate shark complete with eyepatch and hook, a DJ who challenges you to a dance battle, or a cowardly mall security guard who hides behind his water pistol, each new ghost is sure to bring a smile to your face.

Each ghost is likewise tied to a particular theme, and the journey up through the hotel’s floors leads to increasingly outlandish locations. The first few are what you might expect from a fancy accommodation: an opulent lobby, mezzanine restaurant, a high-end shopping area, a theatre for musical performances. But climb higher, and you’ll discover scenes that would be well out of place in an ordinary hotel, like a medieval castle (that somehow fits within a single hotel floor) and a desert complete with pyramids.

Between the floors and the ghosts that inhabit them, Luigi’s Mansion 3 does a remarkable job of building excitement for what’s next. I can’t remember the last time I played a game where I so anticipated getting to the next level, not for the sake of story development or as part of working towards finishing the game, but just to see what new marvels were in store.

Each level also comes with its own theme-appropriate mechanics to play around with, too. At heart, Luigi’s Mansion 3 is an action adventure game with a heavy dose of puzzle solving and some dashes of vacuum-based combat (more on that in a moment), but each floor of the hotel has its own unique quirks. Exploring the medieval castle means dealing with the many spike traps that cover its dungeons; climbing through an overgrown indoor garden means finding ways to cut down trees, grow flowers, and drop yourself onto bouncy mushrooms.

In addition to those level-specific quirks, the Poltergust comes with a handful of functions that are universally helpful. The basic vacuum suction lets you push and pull objects around, pull down curtains and the like, and pick things up. There’s also a flashlight that can trigger light-sensitive switches, and a sticky dart projectile with a rope attached to it that you can then vacuum to pull down objects that the hose alone wouldn’t be able to get a grip on.

It’s most noteworthy feature, though—and a new mechanic for Luigi’s Mansion 3—is the ability to summon “Gooigi”. This goo-based clone of Luigi, summonable at the press of a button, can do everything that Luigi can do, but it can also squeeze through small holes and wire fences that the more-solid Luigi himself can’t. Furthermore, while Gooigi is summoned, you can switch control between the two at will, allowing for some more cooperative puzzle solving. If the suction power of one vacuum isn’t enough, two might do the trick.

All of this allows for some clever, creative puzzle design—sometimes to a fault. Your mileage will vary, of course, but I found myself stumped more than a few times, with no choice but to leave the game alone for a bit and then come back when I suddenly had a spark of inspiration that was missing before. If you relish that sort of challenge, Luigi’s Mansion 3 delivers plenty; if not, or if you’re impatient (I know I am), it’s easy to get frustrated, especially in the latter parts of the game. There’s a hint system, though it tends to be too vague to be of much help—most of the time, the “hint” would be some reminder of a function of the Poltergust that I was already well acquainted with and had already tried, rather than something actually helpful.

The other side of Luigi’s Mansion 3 is its vacuum-based combat. Amid your explorations, you’ll often run into ghosts that can only be defeated by sucking them up with the Poltergust, a process that requires you to first stun them the flashlight, then turn on the suction and drain their hit points away. It plays much like a twin-stick shooter, with one stick to move, the other to aim, and the shoulder buttons to “shoot”. Only here, instead of firing off bullets until your enemies perish, you have to get close enough to suck them up, and then engage in a little tug-of-war while they try to escape.

I don’t know if I’ve really sold it well—it’s a difficult thing to describe—but it’s a lot of fun, really. When you’re up against big groups, combat gets chaotic but never overwhelming, and the regular appearance of new enemy types and new gimmicks (like with sunglasses, who can’t be stunned until you vacuum said glasses of their face) keep things fresh and exciting. It helps, too, that Luigi’s Mansion 3 doesn’t overplay its hand in terms of encounters—they’re a regular occurence, but not constant, so they never overstay their welcome.

Between the fun of this combat system, the clever puzzles, and its captivating spin on cartoon comedy horror, Luigi’s Mansion 3 is a real treat. I can’t think of a better way to spend Halloween.

The publisher provided a copy of Luigi’s Mansion 3 to Shindig for reviewing purposes.