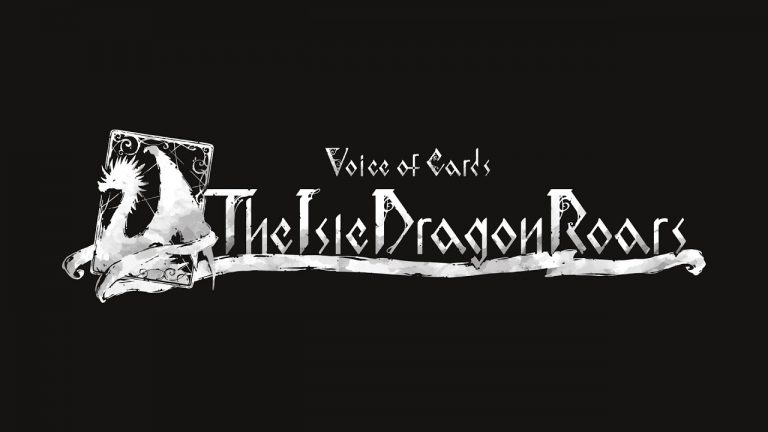 Overnight, Square Enix teased Voice of Cards: The Isle of Dragon Roars, a new card RPG from the Yoko Taro and the other creative minds behind NieR and Drakengard. While details are light at this stage—it’s very much a tease, more than anything else—there’s enough in the announcement for fans of Yoko’s work to start getting excited about.

oice of Cards: The Isle of Dragon Roars is described as “a unique RPG title which presents an enchanting story completely depicted by cards” that will “will spark players imagination and open their minds to a different way of storytelling as the narrative unfolds.” A teaser trailer opens with a statement that translates roughly to “A story comes that alive in your head”, before showing a medley of cards that each contain little narrative snippets.

According to Square Enix, “The Isle Dragon Roars is an RPG set in a world of swords and sorcery, told entirely through the medium of cards. The story follows a self proclaimed hero as they set off to slay a recently awakened dragon, presented in the manner of a tabletop RPG and playing out through narration from the gamesmaster.”

Voice of Cards reunites creative director Yoko Taro, executive director Yosuke Saito, music director Keiichi Okabe, and character designer Kimihiko Fujisaka. The four of them all worked together previously on the Drakengard series, and with the exception of Fujisaka, the NieR series. The “Dragon” in the title suggests a possible connection to Drakengard (of which NieR is a spinoff, too), but nothing else is known about it at this stage—there’s no platform information or indication of a release window.

Despite the commercial struggles of the original NieR, it became a cult favourite, and 2017’s NieR Automata was a breakout hit. In the meantime, Yoko and Saito have mastered the art of turning the PR circuit into a comedy show—Yoko gets a lot of attention for his madcap antics in interviews and promotional material, but the dry humour and setups that Saito brings as the straight man in the duo shouldn’t be overlooked.

Case in point: in a livestream at the end of last year, the pair revealed they were working on two new projects, with Saito playing up his role as the reluctant executive trying to reign in Taro’s eccentricities. According to Saito, he initially rejected one of those as something he would never want to work on, and despite having his arm twisted by an hour-long presentation from Yoko, he remains unenthusiastic about it: “If I could quit, I would.”

Could Voice of Cards be the game Saito was talking about? An unusual card-based RPG doesn’t seem like the surefire commercial success a suit-wearing businessman like him would want to put his money behind, after all. We’ll probably never know, but we will know more about Voice of Cards: The Isle of Dragon Roars at some point—hopefully sooner, rather than later.