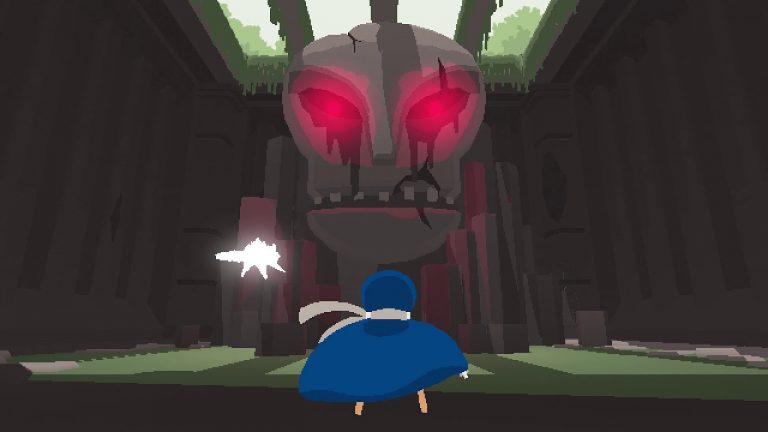 ITTA, a game that uses bullet hell design to explore themes of loss and grief, will launch for Switch and PC on April 22.

ITTA casts players as a young girl who finds herself in a strange landscape, armed with her father’s revolver and guided by the ghost of her cat. In order to find her way home, Itta will need to fight her way through a series of strange beings, each with its own assortment of hellish bullet patterns that players will need to dodge and weave through in order to survive.

In lieu of the energetic soundtracks and flashing lights typically associated with the bullet hell genre, ITTA‘s serene atmosphere and gorgeous pixel art tease a more introspective game. Themes of grief, loss, despair, hope, and compassion are at the core of the game, which was created by solo developer Jacob Williams (aka Glass Revolver) as a way of coping with his own life experiences.

Between the boss-rush design and the importance of personal struggle to ITTA‘s message, expect it to be a challenging game. That said, players will have the option of invincibility and damage modifiers at any time, should they wish to use them. (While that may seem counterintuitive to what ITTA is trying to convey, games like Celeste have demonstrated that well-implemented assistive tools can help open a game’s doors to more people, without undermining the challenge at the heart of it.)

Anyone who likes introspective, thoughtful games, bullet hells, or both (me!) will want to look out for ITTA‘s launch next month.