Jason Momoa’s Aquaman is badass, but that’s nothing new 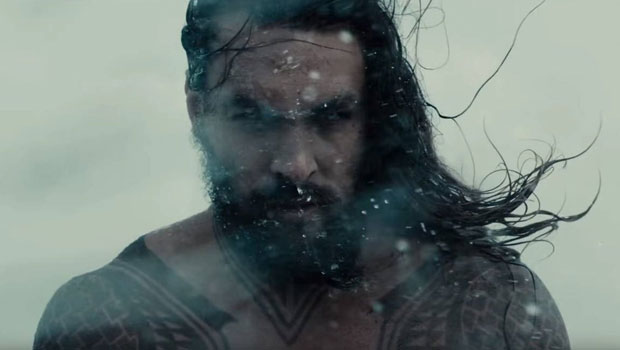 With the new Justice League trailer released at Comic Con last week, we got a  look at the new-look Aquaman, played by Jason Momoa. Previously only the subject of promotional stills, set shots, and a brief cameo in Batman v Superman: Dawn of Justice, the trailer let fans briefly see Aquaman in action. Unsurprisingly, this was met with the same kind of commentary that’s surrounded much of Momoa’s casting as Aquaman: awe and surprise at how Aquaman, that dorky semi-superhero who talks to fish, has suddenly become a total badass.

Let’s get something straight. Aquaman has always been a badass. Momoa’s casting takes that to new extremes, certainly, but he’s  always  been as capable and powerful as other superheroes. Yet it’s Aquaman’s Super Friends iteration that’s taken hold of public consciousness and given the character a reputation as being a bit of a joke. In fact, even the first couple of seasons of Super Friends gave Aquaman his due; it was only the later seasons that gave him the now-pervasive image of a weak, useless character who’s only superpowers are being able to breath underwater and talk to fish.

In his very first appearance, in More Fun Comics #73, released in 1942, Aquaman used his “pathetic” superpowers to save a boat full of refugees from a Nazi submarine. His ability to “talk to fish” is a key part of his success—his aquatic friends help him guide the refugees to safety, track down the U-boat, and to escape when finds himself captured and bound.

Like almost every superhero of the World War II era, he spent much of his time fighting Nazis, and when he wasn’t doing that he was dealing with pirates or monsters of the deep. Sure, by modern standards these golden-era stories seem quaint and camp, but Aquaman is hardly unique in this regard. Batman, Superman, Captain America, and every other superhero of the day was similarly campy, but that was just the style of the day and a product of the cultural context in which those stories were written.

A few decades later, Aquaman found himself with his own book and was a key part of DC Comics’ line-up. Sure, his adventures tended to be more aquatic, but he was just as powerful and well-regarded as his superhero colleagues, both in-universe and in terms of real-world public perception. He was a founding member of the Justice League in 1960. Even though DC’s marquee heroes Superman and Batman were part of that team, their roles in the initial Justice League of America run were minor, with the focus instead put on Wonder Woman, the Flash, Green Lantern, Martian Manhunter, and—yes—Aquaman.

Then Super Friends came along and fucked everything up. Like I said, it wasn’t until the later seasons that he started to be treated as a joke, but with that, his pop cultural reputation was more or less set in stone, aided by comedians and sitcoms eager to beat the joke to death.

With that, interest in Aquaman faded, though DC Comics tried numerous times to re-energise the character with a number of short-lived series, and Aquaman vol. 5, launched in 1994, became the longest-running Aquaman series at 77 issues. This run gave Aquaman a more rugged look, with long, wild hair, a full beard—far closer to Momoa’s Aquaman than any other comic book iteration—and a cut-off hand that ended up being replaced with a harpoon. This kind of “dark”, brooding take on characters was typical of ’90s comic books in general, and it’s really quite goofy in retrospect, but with his exploits throughout this run, you could hardly argue that Aquaman was a weak and ineffectual superhero.

A subsequent series, Aquaman: Sword of Atlanis, took Aquaman in a more fantasy-inspired direction, and had him doing battle with everything from undead pirates to Atlantean mages, and he played a key role in the acclaimed Blackest Night and Brightest Day crossover series. The 2011 New 52 reboot gave Aquaman what I think is his most interesting characterisation as a semi-retired superhero struggling with the public perception that he’s relatively useless—the meta commentary here isn’t exactly subtle.

One of the most momentous Aquaman appearances, at least for me, was in the fighting game Injustice: Gods Among Us. Prior to its release, I’d only really known Aquaman by the Super Friends-inspired public perception that now frustrates me so much. Apart from just having a really awesome visual design and being a general badass, he was one of the best characters in the game, and has retained that position despite NetherRealm’s tradition of knee-jerk balance patching.

Though none quite come close to Injustice, his appearances in other games, like Justice League Heroes and DC Superheroes Online solidify his position as a character to be taken seriously. Even in Aquaman: Battle for Atlantis, a game rightly considered by many to be one of the worst games ever made, he manages to shrug that Super Friends characterisation.

There’s no doubt about it, Jason Momoa looks amazing as Aquaman, and I can’t think of any better casting. He’s managed to make me semi-interested in the Justice League film, even after the atrocious Man of Steel destroyed any and all faith I had in the current DC cinematic run. Jason Momoa isn’t a perfect fit because he reimagines Aquaman as an awesome, ass-kicking superhero; he’s a perfect fit because Aquaman is—and always has been—an ass-kicking superhero. Momoa just takes that aspect of the character and swims with it.

Batman: Realm of Shadows review: A Study in Black