Looking at screenshots or even video footage of Yomawari: Night Alone, you might not expect a particularly creepy game. With its chibi character designs and isometric 2D world, it looks adorable, but that’s a big part of what makes it so unsettling. Japanese horror has a long history of twisting safe comforts into something terrifying, and with its cute presentation, Yomawari takes this to a new degree. In juxtaposing these two extremes, it fosters a sense of unease at a deep, primal level – there’s something fundamentally not right.

This is never more apparent than a particular moment in the game’s opening, and within the tutorial, no less. I won’t say what happens, because it’s vital that you go in with as little expectation as possible, but what I will say is that I’ve never seen a tutorial used so effectively, not just to introduce basic mechanics but to set the tone and thrust of the story. It’s a powerful, shocking moment – the kind that forces you to stop what you’re doing, put down the controller, and reflect on what you’ve just seen and done – and it’s one that will stick with me for a long, long time.

Setting the events of Yomawari in motion is a simple, careless act that results in the young protagonist’s dog, Poro, going missing. When her sister goes out searching for Poro and doesn’t return, the girl has to go out searching for them – a town that’s become inundated with vengeful spirits. 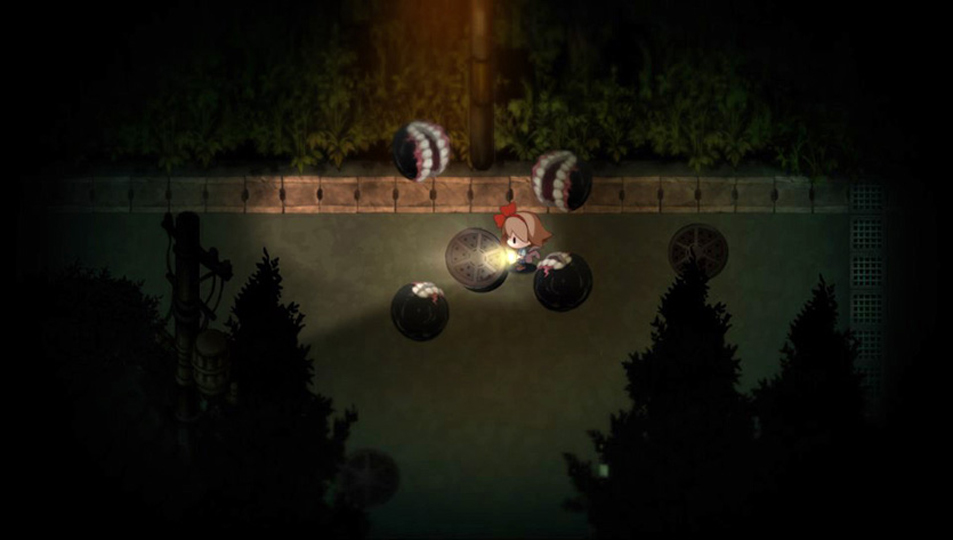 These ghosts come in all sorts, from the iconic yūrei to outlandish monstrosities that defy description. Each one has its own little quirks to consider as you’re trying to sneak by them, which are often at odds with one another. There are those that can only be seen when they’re in your flashlight’s beam, and others that’ll react to the light and kill you in an instant. You can sneak past some ghouls by quietly tiptoeing, but others will rush you down, forcing you to sprint for the nearest hiding spot.

These hiding spots take the form of small shrubs or fold-out signs, and they’re one of the most fascinating aspects of Yomawari in that they’re completely safe – you literally can’t die in them, even if a ghost is hot on your heels when you dive for cover – but they also offer some of the game’s most terrifying moments. You can’t die in hiding, but you also can’t see anything, and vague radar-like pings on the screen are the only indication you have as to the presence of enemies.

So you sit there, and you wait for that ping to move away, but it doesn’t. So you keep waiting, with the thumping heartbeat accompanying those pings keeping you company, and in lieu of being able to actually see what’s terrorising you, your imagine begins to run wild. All that effort put into getting the unsettling tone of the game just right pays off in these moments, where you have no option but to let your brain embellish the already hideous monster designs. 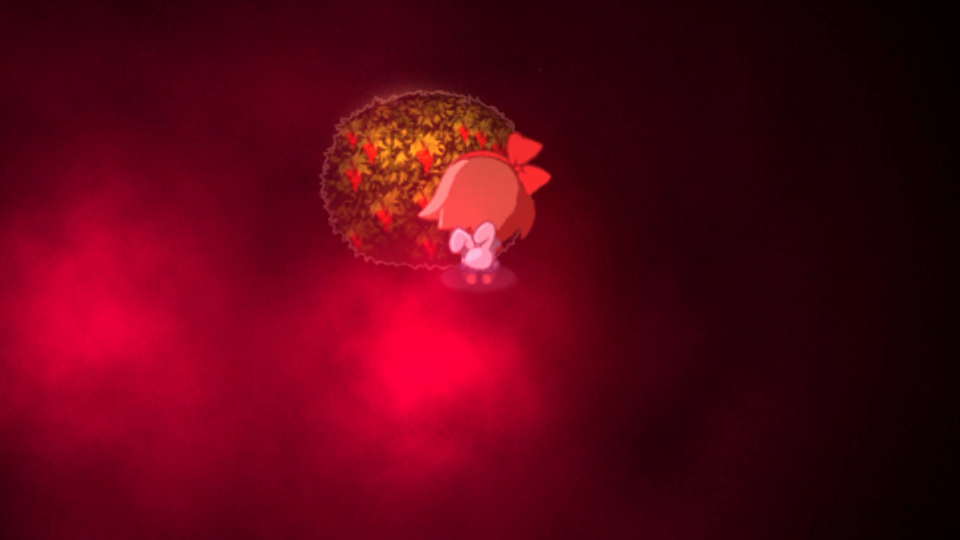 I think this is why, to me, Yomawari feels like a game about confronting imaginary fears. The overt story is a simply one – look for Sis and Poro, and eventually find them and save them from a big bad monster – but there are lots of little things that made me feel like everything was a projection of the protagonist’s psyche. There’s a very surreal feeling that pervades the game; the monsters you encounter are fantastical, of course, but they also feel unreal even with the context of the game. More to the point, Every aspect of the game comes from the perspective of the young girl you play as, right down to the menus written in a childlike scrawl and a crude, hand-drawn map and inventory screen. When you’re young, the dark is a terrifying thing, and to me, Yomawari feels like a manifestation of that dread.

I also read an intriguing subtext around less mythical fears – specifically, remorse and guilt. It’s the protagonist’s carelessness that sets off the events of the whole game; she lost Poro, so when Sis goes out to look for him and doesn’t return, she feels responsible. She needs to tell Sis what happened, but how do you do that? It’s hard enough to give bad news like this to someone in any circumstance, let alone when you’re the one at fault. From that perspective, the outlandish events of Yomawari felt like a metaphor for the girl’s struggles to come to terms with what had happened and for her search to find the courage to tell Sis. The constant back and forth as you try and work your way around the fiends are that horrible feeling of trying to figure out what to say, and going over it repeatedly in your head. The deaths, brutal and frequent as they are, are those moments where nerves have failed you. When you’re hiding, paralysed with fear, you’re hiding from the responsibility that comes with having fucked up and needing to make amends.

It’s a horrible situation that I’m sure everyone can relate to in some way or another, but it’s also just one of the many different perspectives I’m sure people will have; Yomawari is a game with plenty of room for interpretation, and that’s a great thing. What will be consistent across every different take, though, will be the game’s uncompromising commitment to creating a deeply unnerving and unsettling tone, something that many games try but few games achieve this well.

Yomawari: Night Alone is developed by Nippon Ichi Software and published by NIS America. It will be available on October 25 (October 28 in Europe) for PC and PlayStation Vita.