There are few games with as rich a world as that of the Trails series. Across a handful of different sub-series, Nihon Falcom built the continent of Zemuria up into one of the most intricate and believable settings ever seen in the medium. Each different sub-series focuses on a different nation, and going to great lengths to flesh out the history and culture of each – and not with dry codex notes, but through fantastic character-driven storytelling.

Well, “third chapter” isn’t entirely accurate. The first two Trails in the Sky games tell their own story, and SC brought that to a close; The 3rd is more of an epilogue, a “here’s where they all are now” look at the cast of Trails in the Sky six months on, and laying the groundwork for the subsequent games. That being the case, this is a game squarely for Trails in the Sky fans. If you haven’t played the first two, The 3rd won’t make a great deal of sense, and there isn’t any sort of recap to catch you up. (If this is you, I’d strongly, strongly urge you to check out Trails in the Sky and / or Trails of Cold Steel. Both are excellent places to dive into this fantastic series.) 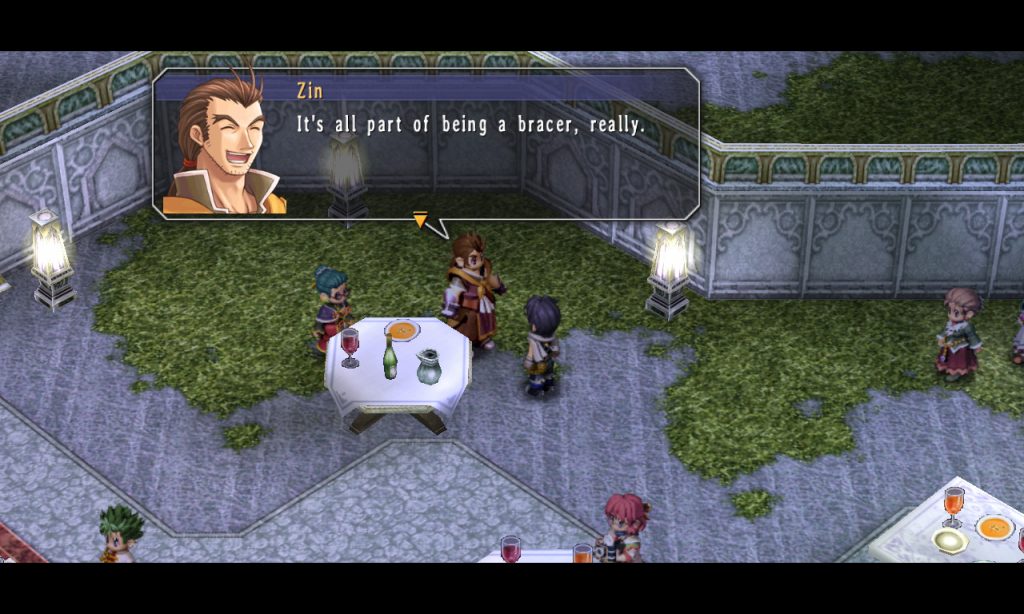 At the centre of Trails in the Sky the 3rd is Kevin Graham, the roguish but good-natured green-haired priest who first appeared in SC. While on a job for the Septian Church, he runs into his protege, Ries Argent, and while investigating an old artifact the pair find themselves transported to a strange dimension called Phantasma. As they travel through the various planes of Phantasma to find the truth about it and, hopefully, a way out, they run into a number of other characters from Trails in the Sky, each of whom has lost some part of their memory and doesn’t know how they they got there. This sets up The 3rd’s biggest departure from the rest of the Trails series; where those are fairly standard world-spanning JRPGs, The 3rd takes place entirely inside one multi-level dungeon.

I’m in two minds about this new approach. It definitely fits this game well, allowing for more of an “anthology” approach to storytelling. There’s an overarching plot revolving around Phantasma, but most of The 3rd’s narrative comes by opening strange doors spread throughout the dungeon. Each door leads to its own little chapter or side-story, which range from events that happened after the end of SC, to glimpses into characters’ pasts, to sights beyond the borders of Liberl to other parts of Zemuria. How they play out varies from door to door, too: some are simply cutscenes that give the game an almost visual novel-like quality, some are short dungeons with specific character setups, and some are home to minigames of all sorts.

On the other hand, one of the great strengths of Trails is its world-building. The most exciting aspect of each game is going to new towns and cities, meeting the locals, getting a sense of that place and its part in the wider world. The 3rd has none of that, and I can’t shake the feeling that something’s missing as a result. Phantasma itself has plenty to offer, both on a superficial level and in terms of a Persona-like look into Graham’s mind, but it’s still just one big game-spanning dungeon in a series that’s made its mark with expansive, rich worlds. 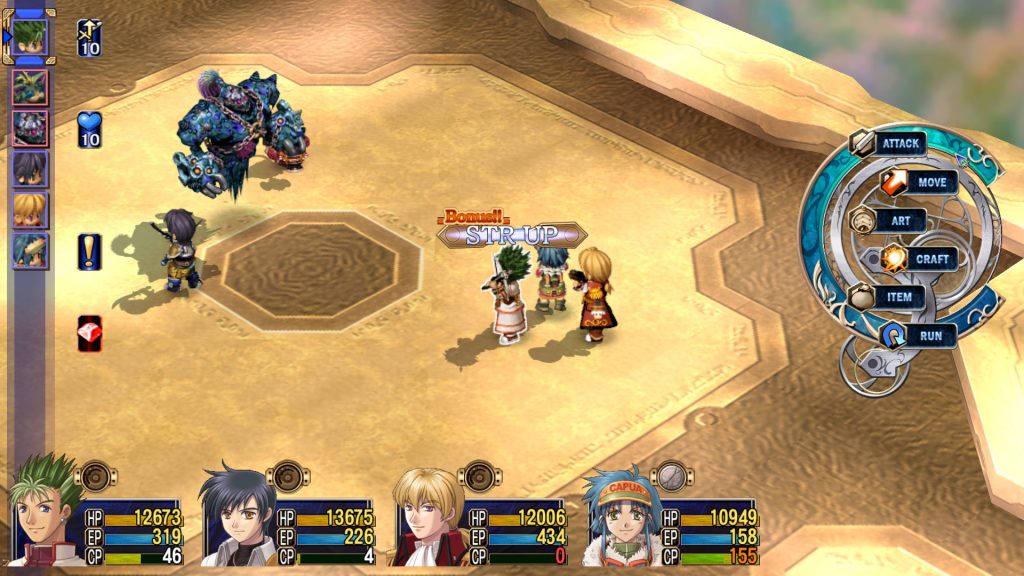 I can understand why this is the case, of course. Over FC and SC, we’ve seen most of what Liberl has to show, and it could have been tedious to just revisit the same places again. On a practical level, it would have been a huge and expensive undertaking to create a new slice of the world that’s even a fraction of the scope of the previous games. And, like I said before, the dungeon-crawler design fits what The 3rd does with its narrative, and its to Nihon Falcom’s credit that they’re willing to break from tradition – and fan expectation – to tell a story in the most suitable way.

What Trails in the Sky the 3rd lacks in world-building, it more than makes up for with the stories it tells. I wouldn’t say it’s vital for understanding either the earlier Trails in the Sky games, but as an addendum to the story of FC and SC, it’s a game that shouldn’t be missed. The Trails games are some of the best JRPGs available today, and this is no exception.

The Legend of Heroes: Trails in the Sky the 3rd is developed by Nihon Falcom and published by XSEED. It’s available now for PC.