Later this year, Image & Form will release SteamWorld Heist, the sequel to the very excellent SteamWorld Dig. The star of the game is one Captain Piper, a badass robot spaceship captain who leads a band of machines to explore the galaxy and salvage the remains of a destroyed world.

In a Q&A video with some of the art team, developer Image & Form revealed that Captain Piper was originally a man (or at least, a male-gendered robot). Why did they decide to make her a lady in the end? According to character artist Agnes Mikucka, “we just decided, ‘why not a girl?'” 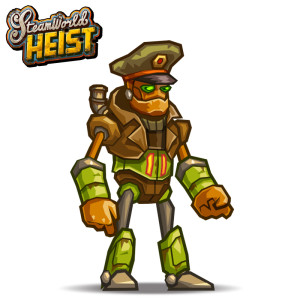 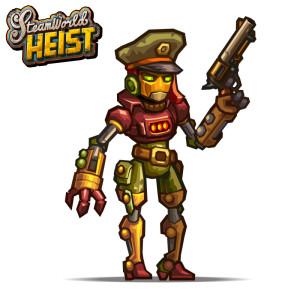 This is fantastic reasoning. Despite the fact that a character’s gender rarely has much (or any) impact on their development or the story in general, most games focus on male leads. But, as Mikucka says, “why not a girl?” In most games, you could gender-swap the main character with no impact on the narrative, so why is male the default?

It’s great to see games crafted around the idea of a female lead, and I’d love to see more games exploring concepts like womanhood and femininity. But at the same, these shouldn’t be the only games to put women front and centre – I’d love to see more developers follow in Image & Form’s footsteps, and make their heroes women for no reason other than “why not?”