Rise of the Tomb Raider was one of the best games of last year, but it didn’t get its due. It came out on the same day as a game called Drawl Out 4 (or something like that) and somehow got overshadowed. Despite a concerted marketing push from Microsoft, the timed Xbox One exclusivity probably didn’t help, either, when Tomb Raider is a series with a huge PlayStation fan-base.

All is right in the world now that the game has found its way to PlayStation 4. Sadly, It’ll probably still get overshadowed, being an “old” game that came out in a ridiculously busy month (I’m not sure what Prattle Field 1 or Jeers of War 4 are). But make no mistake: with its wealth of included add-on content, Rise of the Tomb Raider: 20th Anniversary Celebration is the best version of a game that was already excellent to start with.

Read my review of the original release of Rise of the Tomb Raider last year—everything I wrote still holds true for this release. 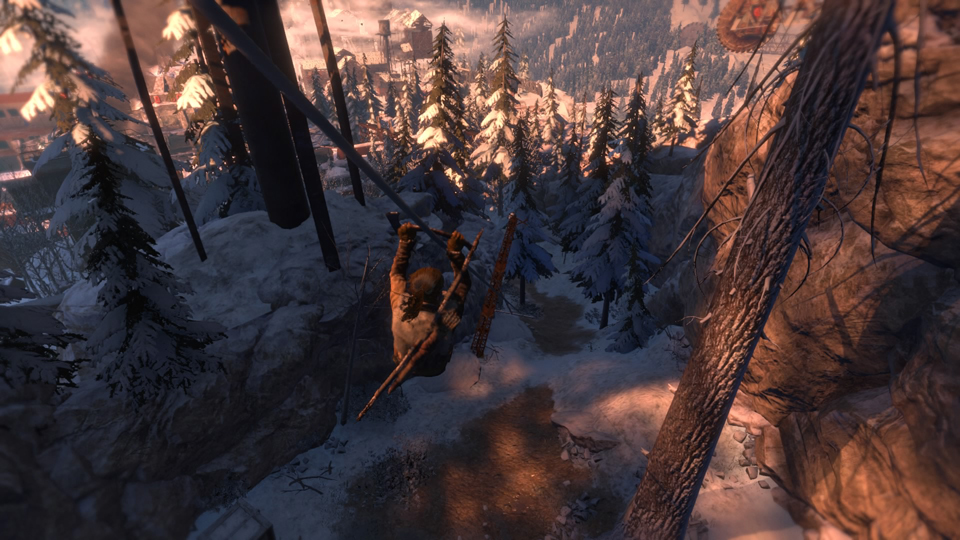 For all its thought-provoking intricacies, Rise of the Tomb Raider is still a blockbuster action-adventure game full of bombast and excess. It’s interesting, then, that the most fascinating new addition for this release is a Gone Home-inspired story-centric “walking simulator”.

Taking place after Rise’s Syria chapter but before Lara Croft heads to Siberia, Blood Ties sees her returning to the abandoned Croft Manor. Due to some creative legal interpretation, Lara’s uncle believes that the property belongs to him, so she sets out to find some means of proving her right to inherit it—her father’s last will and testament, perhaps, or some clarity around the circumstances of her mother’s death.

What follows is a slow, thoughtful process of exploring the manor. There are a few simple puzzles to solve, but the main draw is the myriad of journals, recordings, and Lara’s own memories of her childhood that flesh out the complicated picture of the Croft family. Given his prominence in the main Rise of the Tomb Raider story, there’s a lot of attention to Richard Croft. It paints a somewhat cliche—though still quite poignant—story of his tragic downfall and his obsession with immortality myths. More importantly, Blood Ties puts focus on Amelia Croft, Lara’s mother. She barely got a mention in Rise, but Blood Ties sheds a lot of light on her life. She’s an intriguing woman, and the insight into her relationship with Richard: her family’s fervent disapproval of him, her own struggles in dealing with his obsessive behaviour, but most of all the deep love and respect that they had for one another. It’s also nice to get a glimpse of Amelia’s influence on her daughter, helping paint a deeper picture of who Lara Croft is—because she is so much more than just her father’s daughter.

The other side of the new Croft Manor add-on is Lara’s Nightmare, which couldn’t be further removed from Blood Ties. It’s a zombie horde mode, basically: you run around the manor, fighting off endlessly-spawning zombies as you try find a way to stop the onslaught. I’m sure there’s an audience for this, and it’s great that Crystal Dynamics managed cast such a wide net, but I can’t help but f
eel like there’s a missed opportunity here: a survival horror game a la Resident Evil. You’ve got zombies, you’ve got a creepy-ass derelict manor; why you’d go for a shooting gallery rather than a survival horror experience is beyond me.

Note: Blood Ties is playable in virtual reality with PlayStation VR, but I don’t have a PSVR so I wasn’t able to try out this mode. Both Croft Manor levels are also available as a separate piece of downloadable content for Xbox and PC. 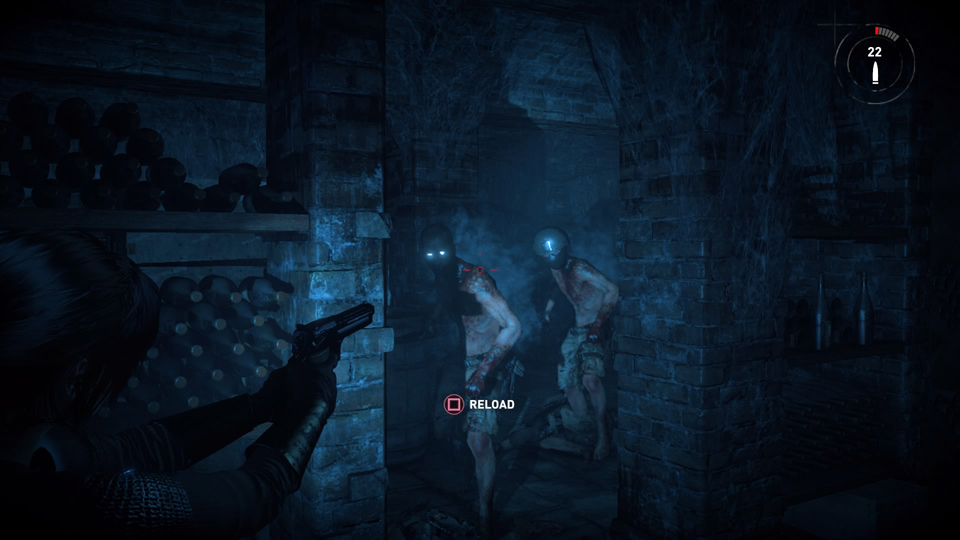 The other stand-out part of the Rise of the Tomb Raider: 20th Anniversary Celebration bundle is actually the game’s second major piece of downloadable content, Baba Yaga: Temple of the Witch. It’s been available on PC and Xbox since the start of this year, so it’s not exactly new, but it’s fantastic nonetheless, especially when you don’t have to pay anything extra for it.

Whereas Blood Ties is a separate mode accessed from the main menu, Baba Yaga is built into the main game. As such, it’s much more consistent with the general design of Rise of the Tomb Raider proper: it’s full of traversal, tomb raiding, puzzle solving and a bit of combat. It’s effectively a new optional tomb, albeit a more expansive and story-driven one that culminates in a rather creative boss fight. 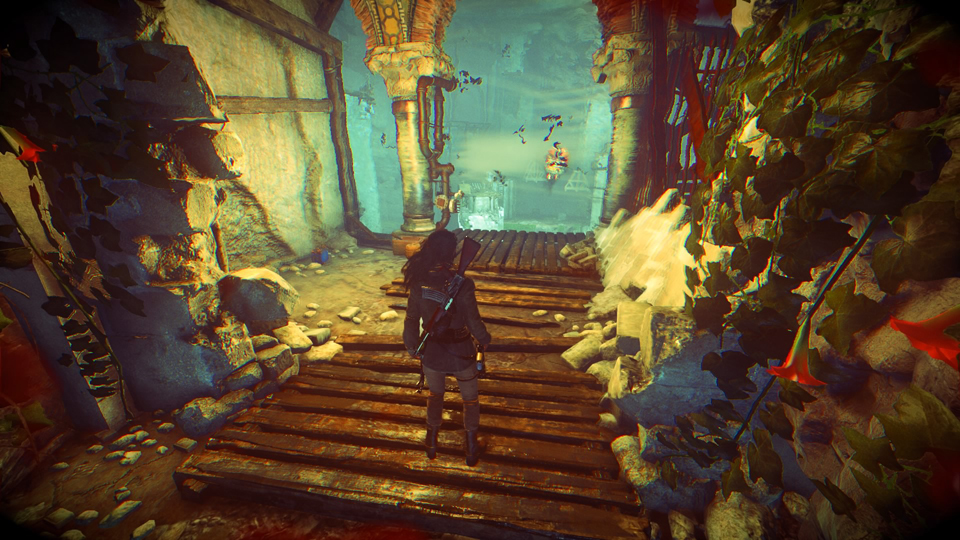 The actual plot is straightforward: after being rescued by Lara, a woman called Nadia asks for help finding her grandfather, who’s gone in search of the witch Baba Yaga on a quest for revenge. Lara agrees, partly because she wants to get to the bottom of the mystery—apparently, despite everything else she’s seen, this is the supernatural, mythical being that she can’t believe is real.

Her investigation brings Lara to the Wicked Vale, a beautiful forest area made creepy thanks to strange scarecrows and an abundance of hallucinogenic pollen. This is where Baba Yaga is at its best: beautiful, weird, unsettling psychedelic trip sequences. There’s nothing here that hasn’t been done before in other games, and it’s more than a little reminiscent of those moments in Uncharted 3, but Baba Yaga doesn’t need to be innovative to be enchanting.

The other highlight of this DLC is the story—not the main plot, but the backstory that’s built around it through collectibles. It tells a bittersweet tale about star-crossed lovers who met in a Soviet prison camp where one was a guard and the other was a prisoner. Like everything else in Baba Yaga, this isn’t particularly groundbreaking, but it manages to be rather poignant and moving nonetheless. Being a definitive edition of sorts, Rise of the Tomb Raider on PS4 includes all of Rise of the Tomb Raider’s add-ons, including the ones that aren’t quite as good, but are at least conceptually interesting. Endurance Mode is a survival game spin on the basic Tomb Raider experience, with a focus on surviving as long as possible in the wilderness. In addition to searching for relics and avoiding Trinity soldiers and dangerous animals, you have to find food to keep Lara from starving and try to keep her warm. I personally have little interest in survival games, so I grew bored with it very quickly—which is fine, because it’s obviously not really for me—but I do also wonder whether there’s enough depth to it to appeal to the audience that survival games attract.

The other new add-on is Cold Darkness Awakened, a stealth-centric horde mode. It sees Lara investigating an old Soviet research facility that had been the site of a failed super-soldier project. Upon her arrival, she finds the place infested with zombie-like Trinity soldiers, so—being the hero that she is—she sets about to clean up the mess. That means sneaking past, assassinating, and fighting through waves of zombies. There’s not much more to it than that. I know I’m not the target audience, but I grew very bored very quickly, and definitely think it’s the weakest of all the DLC. 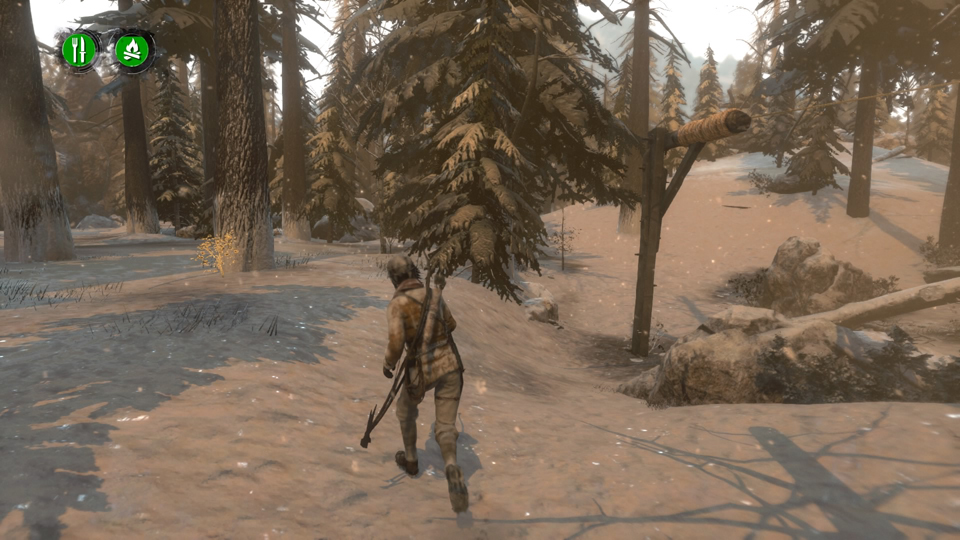 Reprise of the Tomb Raider

I’ve written a lot about add-ons because that’s what separates the 20th Anniversary Celebration from the original release, but the best part is, of course, Rise of the Tomb Raider itself. It’s one of the best action-adventure games in recent years, purely in terms of the moment to moment gameplay—the thrill of exploration, the magnificent stealth mechanics, the range of ways to approach a given situation—and that’s backed up by top-shelf level design and progression systems that are interesting without being overbearing.

Like I said last year, though, it’s the narrative that really sets Rise of the Tomb Raider apart. It may seem like a typical blockbuster action game at first, but that’s part of the setup for a redemption story that few games can match. It’s a grounded, nuanced tale about an obsessive need to live up to the expectations of a parent and to break out of that shadow. It’s about the cost that such an obsession can carry and the liberation that comes from breaking free. 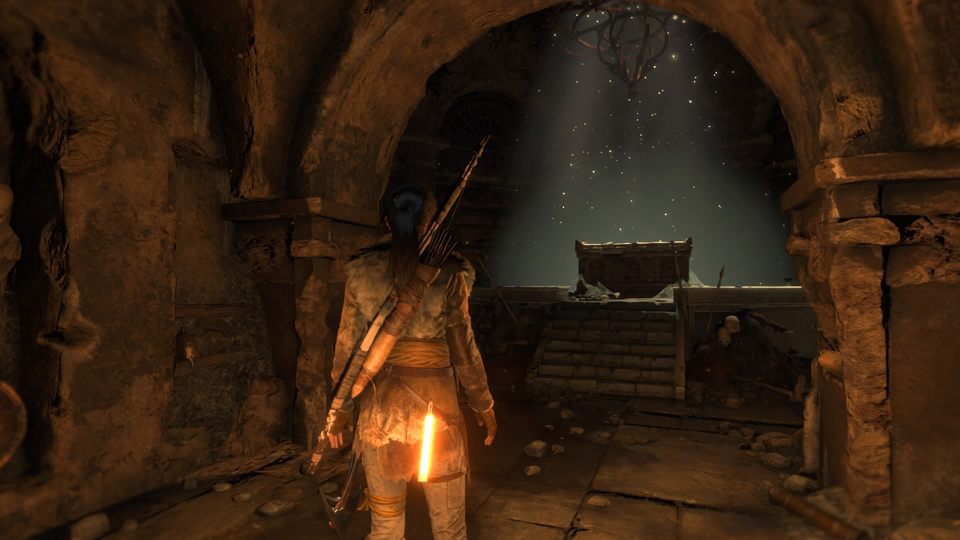 Rise of the Tomb Raider is a game that belongs in everyone’s collection. Blood Ties and Baba Yaga are particularly noteworthy pieces of DLC, and if you have Rise on Xbox or PC I’d definitely encourage you to pick them up. By bundling everything together, Rise of the Tomb Raider: 20th Anniversary Collection is the most complete version of a fantastic game.

Rise of the Tomb Raider is developed by Crystal Dynamics and published by Square Enix. It’s available now for PlayStation 4, Xbox One, and PC.