A couple of days ago, I did something unprecedented: I clicked on a promoted tweet to find out more. Normally, I just gloss over promoted tweets; sometimes I dismiss them. If they’re particularly offensive (weight loss ads, looking at you) I’ll tweet my disdain, and then dismiss. But not this time.

The tweet in question was for a game called Relics of Gods, a free-to-play, turn-based, fantasy MOBA – something that, under normal circumstances, wouldn’t make me look twice. What caught my attention was the artwork: a low-angle shot of a heavily-armoured woman standing above a downed foe, sword pointed at their throat: 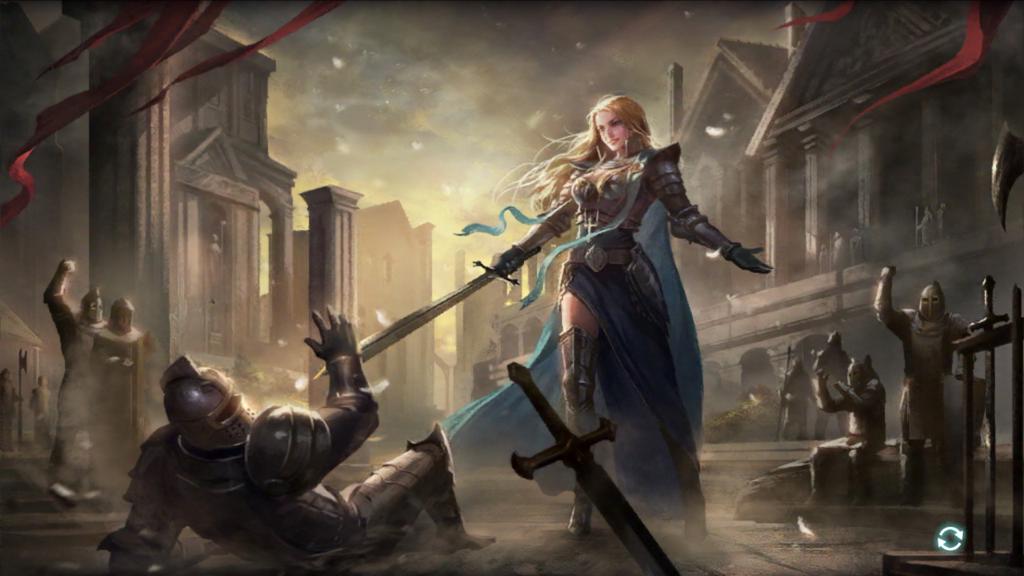 This shouldn’t be remarkable, but it is, because it sits in stark contrast to the kind of marketing we often see for games like this. Often, ads for these sorts of games look more like this:

Then there’s Game of War, the disaster that took this exploitative, sexualised advertising to new heights (lows?) with the signing of model Kate Upton and a Super Bowl commercial. I’ve seen even worse examples, that are too disturbing to even share. In a lot of ways, Relics of Gods’ ad is similar to those above. It stars a conventionally attractive woman, slender with long blonde hair – something no doubt meant to entice potential players. But where the other ads leer unapologetically at their passively-posed subject, turning her into little more than a pair of boobs with other bits attached, Relics of Gods’ poster-lady is a figure of power and authority. As attractive as she may be, the ad makes it clear that this isn’t her only or even her defining characteristic. She’s sexy, but not sexualised.

As for the game itself, it’s not out yet, and from an early trailer, it looks like it might not be quite as subversive as that piece of promotional art; one of the characters looks like she was ripped right out of a Wartune ad. But in terms of advertising? Seasun Games nailed it, getting me not only to click on a promoted tweet, but one for a product I’d otherwise never have had even the slightest bit of interest.

Other devs, especially those working in the crowded free-to-play fantasy space – I hope you’re paying attention.