Pokemon Go is now available, and aside from the sorts of server issues that are nigh-unavoidable for the launch of a hyped-up network-dependant game like this, it’s fantastic.
My expectations were high, but they’ve been met—exceeded, even. It’s admittedly bare-bones right now in terms of feature set, but the core of the experience has been so well put together that even in its current state, there’s oodles of fun and excitement to be had. 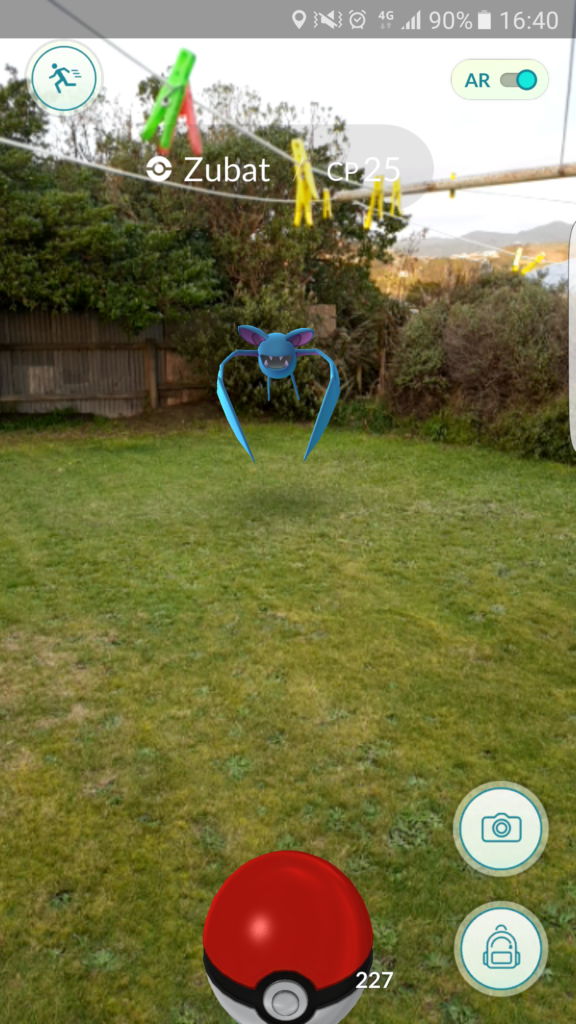 It’s a game that, like Ingress before it, has managed to make GPS-based gameplay compelling. It’s surreal and delightful to explore your own neighbourhood in search of Pokemon, and to fight for control over local landmarks that, in the game, function as Pokemon Gyms. The other night, I went out into the backyard in search of a long grass blip I’d seen. It was dark, so I took a torch with me, and without even realising it, I found myself scanning the real-life bushes for Pokemon. Such is the psychological impact of augmented reality.

Pokemon GO lets you live the life of a “real” Pokemon trainer—not the unlikely hero at the centre of the crafted narrative in each of the core Pokemon games, but as yourself; an everyday Jamie Bloggs setting out from your own home to catch, raise, and battle Pokemon in your own neighbourhood. This brings me to one of the most exciting things about Pokemon GO, and that is the idea that this is not a game about “catching them all.”

It’s exciting because the setup of Pokemon GO makes it the rare kind of game where having Pokemon that are, for all intents and purposes, impossible to get actually makes sense. In a standard Pokemon game, you’re the hero. It’s all about you, so it makes sense that you’d be the one to find and capture legendary, one-of-a-kind Pokemon like Mewtwo and travel the world in its entirety to capture all Pokemon there are to find.

In Pokemon GO, you’re just a regular trainer, one of millions around the world. Your story is your own; you come from own place and you have your own history. Wherever that place is, it’ll be home to the sorts of common Pokemon that are ubiquitous the world over, like Zubat, Caterpie, and Pidgey, but also those that are unique to your geography, climate, and so on. If you live in a snowy place high above sea level, you might find Abomasnow and Piloswine in great numbers, but would never dream of seeing a Staryu or Goldeen. An tropical, oceanic place, conversely, would have an abundance of seafaring Pokemon but snowy ones just wouldn’t exist. 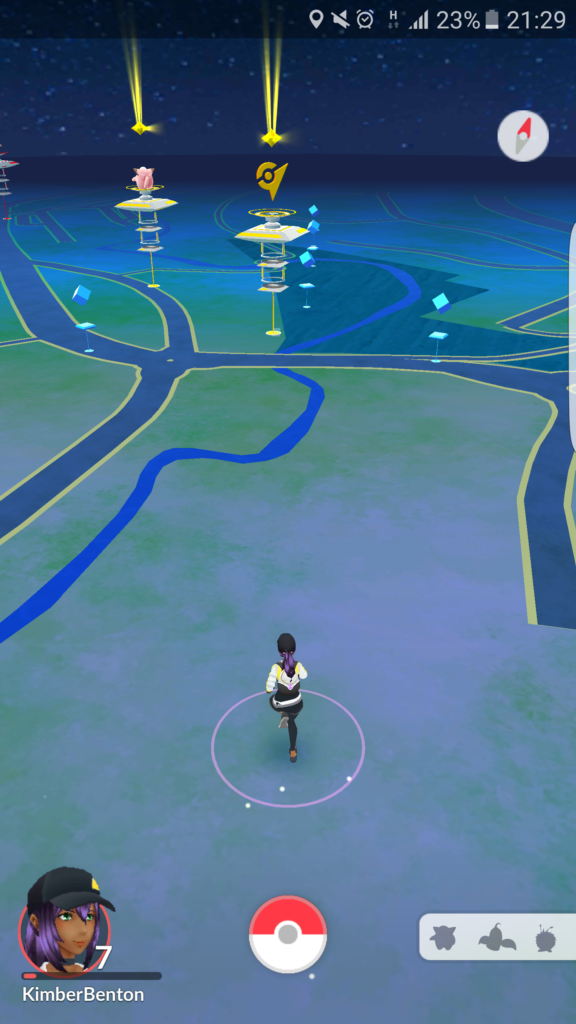 If you lived in China, you’d find Pancham and Pangoro that couldn’t be found anywhere else in the world. Likewise for Kangaskhan in Australia, Cubchoo and Beartic in countries in or close to the Arctic Circle, Litleo and Pyroar in Africa, and so on. In the interests of fairness, all regions (not necessarily every country) should have at least some Pokemon that are exclusive to them, but the important point is that you can’t just “catch ‘em all” by walking your own neighbourhood.

Legendary Pokemon should be exactly that: legendary. They should be one-of-a-kind Pokemon that can only be found in the most remote locations (or at least, the most remote locations that Pokemon GO’s requirement for mobile coverage will allow.) There’d need to be some sort of balance checks in place around the use of legendaries in battles, and maybe a system to respawn legendaries after a certain amount of time in randomised but equally remote locations to keep this aspect of the game alive. But the important part is that legendary Pokemon should be the sorts of Pokemon that most trainers—most Pokemon GO players—can only ever dream of seeing, let alone catching.

This is all part of the Pokemon trainer fantasy that Pokemon GO has already captured so well. The excitement around potentially seeing and capturing new Pokemon when travelling, and of going off the beaten track in search of rare, sought-after monsters is something that Pokemon GO is uniquely placed to invoke.

Will this be the case? Time will tell, I guess. The game is so new that we don’t really know how things are set up. As far as I know, nobody’s found any legendary Pokemon yet, or been able to confirm whether or not certain Pokemon are exclusive to certain places. In an interview with Gamesbeat last year, John Hanke, the CEO of Pokemon GO developer Niantic Labs, said: “It may be that certain Pokémon will only exist in certain parts of the world. Very rare Pokémon may exist in very few places. … You can’t get all of them by yourself. If you want all of them you’ll have to trade with other players. Or you have to be someone who takes time off work and travels the world for a year. There may be people who do that.”

On the other hand, the game’s announcement trailer showed a large group of players coming together to battle Mewtwo, and all getting one of their own upon victory. The idea of collaborative events like this is exciting, but as the means to catch Pokemon that are supposed to be legendary, well… I don’t know about that. They should be legendary—mythical, even. 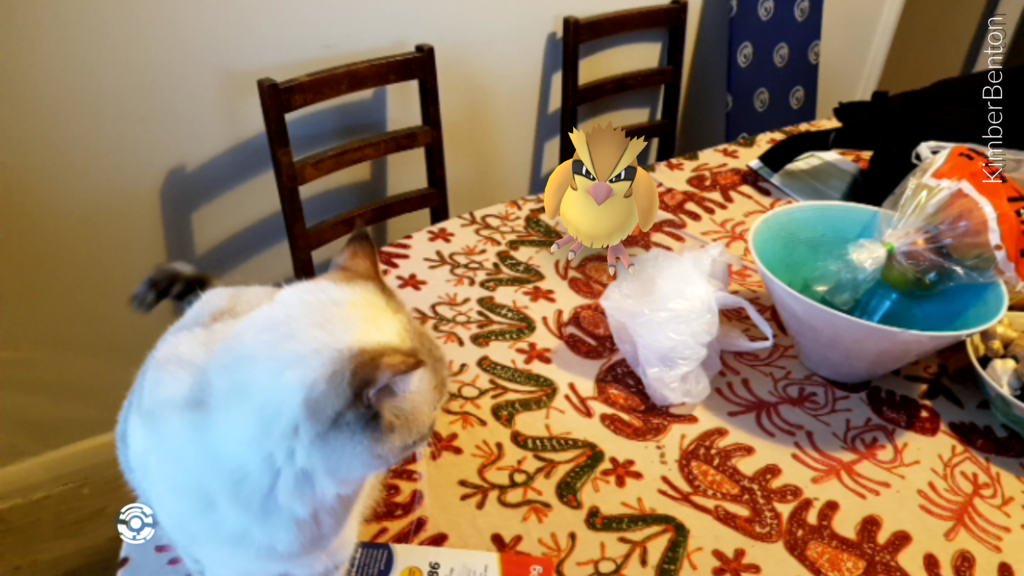 I just don’t want to see Pokemon GO miss out on the chance to deliver on such a unique opportunity over concerns that some players may have about not being able to “complete” the game by certain Pokemon being made functionally impossible to get. This, more than any other Pokemon game, is about the experience of being an everyday Pokemon trainer. The search for rare, hard-to-find Pokemon, be it through trading or travel, is an important part of that. So too is the excitement of maybe, just maybe seeing a legendary Pokemon live and in the “flesh”.