I’ve seen a lot of commentary about Agents of Mayhem being, in essence, a single-player hero shooter. Indeed, it was this discussion that got me interested in a game I’d otherwise paid very little attention to. I was sold on the idea after reading just the first line of Kotaku’s review – “If Overwatch had a single-player story mode, it would be Agents of Mayhem.” – and everyone else, in reviews and on twitter, seemed to be echoing those thoughts.

Now that I’ve played Agents of Mayhem myself, I can join the chorus. This is a single-player hero shooter, taking all the best bits of games like Overwatch and removing the worst part (other people), and it’s wonderful.

Set in the wacky future of the Saints Row universe, Agents of Mayhem follows the efforts of MAYHEM (Multinational AgencY Hunting Evil Masterminds) to stop the evil LEGION (League of Evil Gentlemen Intent on Obliterating Nations) from… well, from obliterating nations. It’s a setup that plays homage to the Saturday morning cartoons of the ‘80s and ‘90s, in everything from the eccentric character designs, to the superhero-fuelled action, to interactions between heroes and villains that are dramatic and comedic, often at the same time. In fact, the whole game plays out in a sort of episodic structure, and cutscenes take the form of hand-drawn 2D animation that looks like a modern iteration of those classic cartoons. It even goes as far as having G.I. Joe – like public service announcements on loading screens. 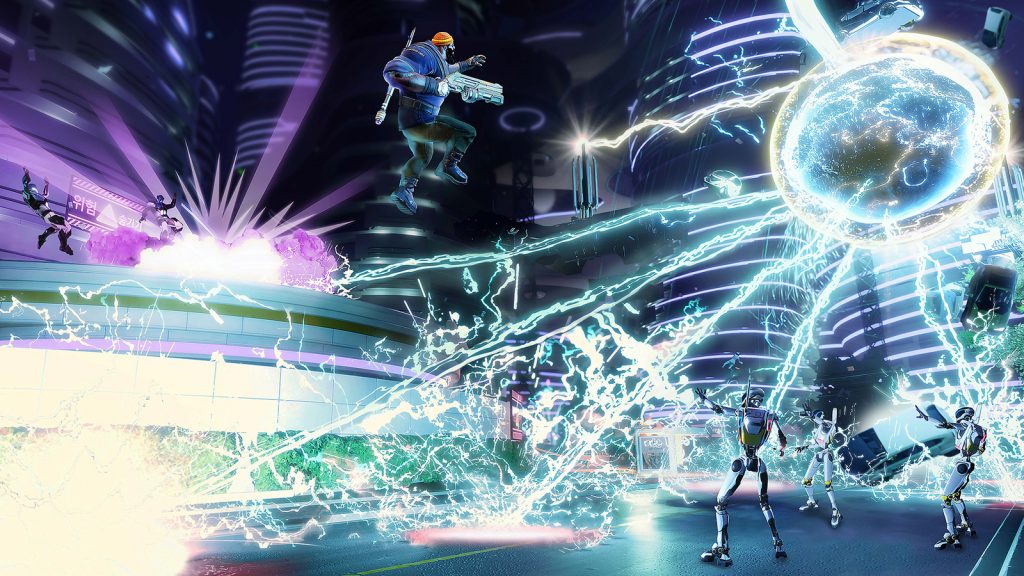 Being a Saints Row spin-off, all of that is laced with the sort of oddball humour that the series had come to be known for. Those PSAs I mentioned cover such useful ideas as “you can’t claim self-defence for the second shot of a double tap”. As you play through the game, you get thrown into all sorts of bizarre scenarios. If that all sounds juvenile, it’s because it is, but Agents of Mayhem had the self-awareness and delivery to make this sort of immature humour into something genuinely hilarious when it could just fall flat.

But as with any hero shooter, it’s the characters themselves that are the real stars. Even with a roster of 12 agents, every one of them feels unique. They combine quirkiness with more grounded traits to varying degrees, to give the caste as a whole a sense of both comedy and humanity. Hollywood, for example, is a reality star-turned-supersoldier who’s obsessed with his pretty boy looks and showmanship, while Rama is a former doctor who joined MAYHEM to search for the cure to a disease that’s plaguing her home city of Mumbai. Daisy’s a minigun-toting roller derby star; Braddock’s a proud American soldier who got a dishonorable discharge when she found out the army was training LEGION soldiers and starting pushing for things to be cleaned up.

Agents of Mayhem is good at giving you opportunities to spend time with the whole cast; it’s not a case of just picking your favourite hero and that’s that. For almost all missions and general free-roaming, you choose a squad of three heroes that you can switch between on the fly – which is crucial, because different characters are better suited to different tasks. There are also a few character specific missions, such as the ones that unlock new heroes (and play out like origin story episodes of a cartoon), that force you to at least get a little bit familiar with the whole crew. Everyone will have their favourites, and the game strikes a good balance of letting you run with them and forcing you to give everyone a go. 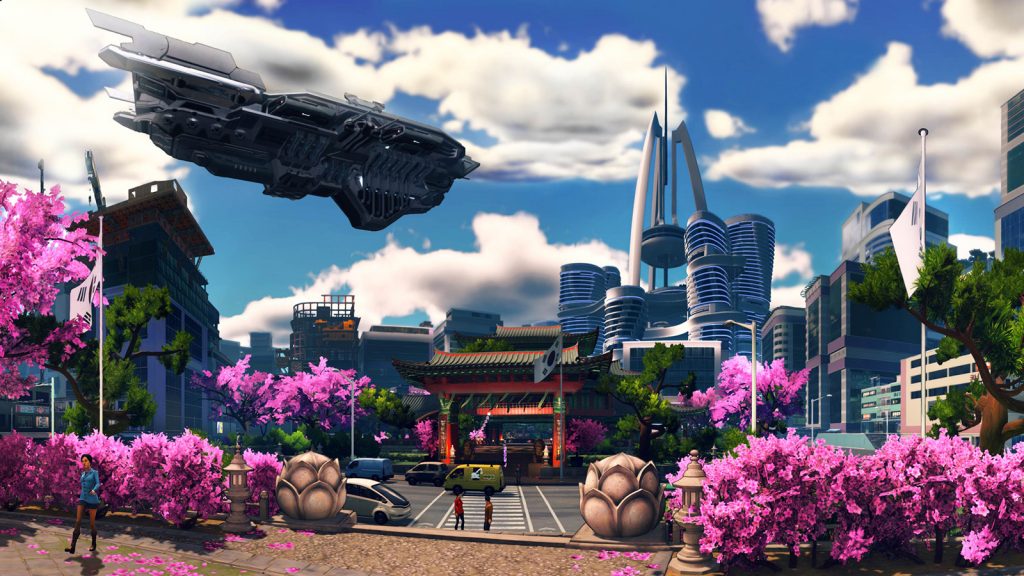 All of this plays out in an open-world game that mostly sticks to a formula that’s very familiar by now. You’ve got the full run of a city (Seoul, in this case), which you gradually take back from LEGION’s forces by destroying their bases. It’s dotted with side quests and optional objectives, collectibles are hidden all over, and you’re free to take these at your leisure.

That said, Agents of Mayhem breaks from the mold in some noteworthy ways. There’s a lot of verticality to the level design: most buildings can be scaled, there are elevators all over the place, and most of the big, open areas – particularly those where missions take place – are multi-layered and put a lot of emphasis on getting the advantage of high ground. Just getting around Seoul is its own source of entertainment, and at some points it feels more like a platformer than a shooter. In Agents of Mayhem, the city is a playground.

There are a few other welcome quality of life features that address some of the common frustrations with open-world games. Right from the outset, you have access to a flying MAYHEM hideout (called the Ark, because of course it is), which you can teleport to from anywhere in the city; this is where you handle most of your team management, buy and upgrade equipment, check progress, and so on. When it’s time to return to Seoul, you can drop yourself down at specific drop-off points, provided you’ve unlocked them, or just select a job from the mission list to automatically land as close as possible to that. 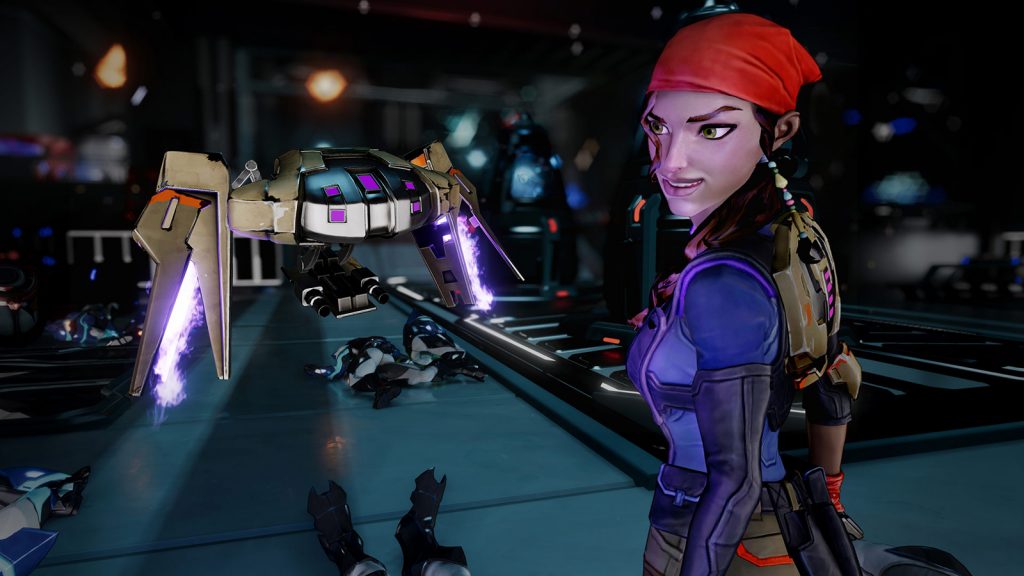 The mission list itself is particularly welcome, because there’s a lot to do in Agents of Mayhem and it avoids the clutter of an icon-filled map. A list of all available missions, both main story and side quests, can be brought up at any time, and selecting a job sets that as a waypoint on your display. There’s no need to find something on the map before you can even find it in the game proper, figure out which icon means what, or figure out where a particular mission you want to undertake might be located. Just select it from the list, and away you go.

In fact, you can play the game almost entirely without the map, which is handy because said isn’t particularly useful. It doesn’t capture the verticality of the city well, and it’s all put together with the same bright purple colouring, making it hard to identify landmarks. The user interface in general is my biggest frustration with Agents of Mayhem; it’s just not very intuitive, and fundamental elements of the HUD – like your health bar – seem to get lost in all the chaos.

Agents of Mayhem also struggles from many of the same problems that most open-world games do: there’s so much to do that it can become overwhelming, and a lot of it just feels like filler there to give you a checklist to complete and to pad out the playtime. The story missions in particular are a highlight, because this game is at its best when it fully embraces being a Saints Row-themed interactive cartoon. But with some of the other things, like taking over little LEGION hubs or delivering cars around the city (why?) get very tedious very quickly. 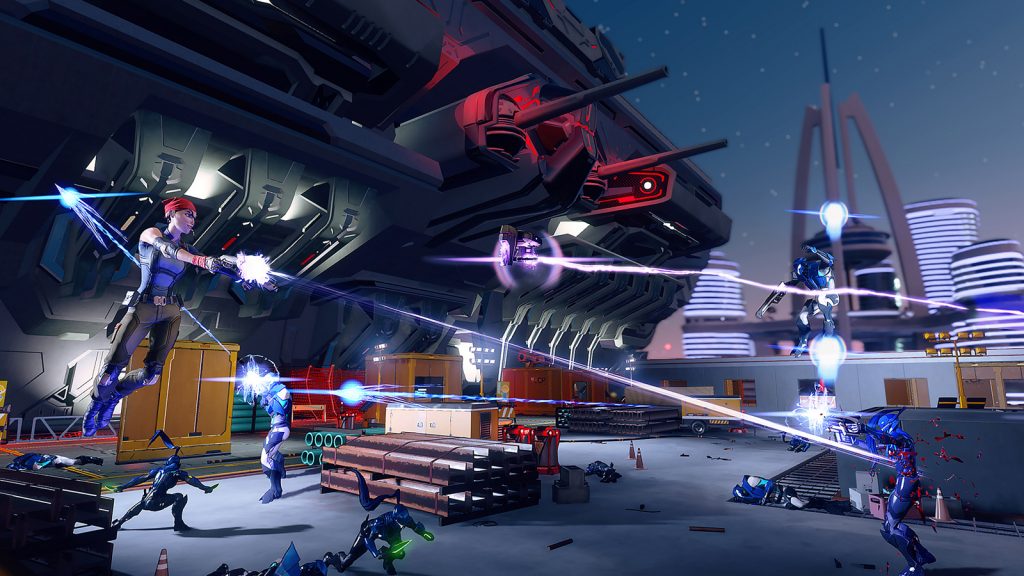 It’s worth putting up with these annoyances, though. Agents of Mayhem is a blast, and the fun of tearing around the city in an overblown, laughably juvenile, self-aware twist on the Saturday morning cartoon more than makes up for the game’s shortcomings.

Agents of Mayhem is developed by Volition and published by Deep Silver. It’s available now for PlayStation 4, Xbox One, and PC.