I love PaRappa the Rapper. It was one of my favorite games as a kid. I played it to death on PlayStation, and did the same when it got ported to PSP. I jumped at the chance to finally play PaRappa the Rapper 2 when it came out on PS4 last year, having somehow missed the original PS2 release. The announcement of a PS4 remaster of the first game was my highlight of last year’s PSX.

So, it’s with a heavy heart that I have to admit: PaRappa the Rapper Remastered is a mess. Rather than celebrating the original and opening it up to new audiences, the remaster simply puts a spotlight on flaws that were a lot easier to overlook 20 years ago.

PaRappa the Rapper gave birth to the rhythm genre. Beatmania, Dance Dance Revolution, Project Diva, Guitar Hero, Elite Beat Agents, and every other rhythm game owes its existence to Sony’s adorably weird rapping puppy. Iconic as it is, though, PaRappa wasn’t exactly a good rhythm game, especially compared to the games that it inspired. The whole genre is built on a deceptively simple premise – press buttons in time to music and on-screen prompts – but PaRappa’s sync between audio, video, and inputs was tenuous at best. Success came down to trial and error more than any sense of rhythm. 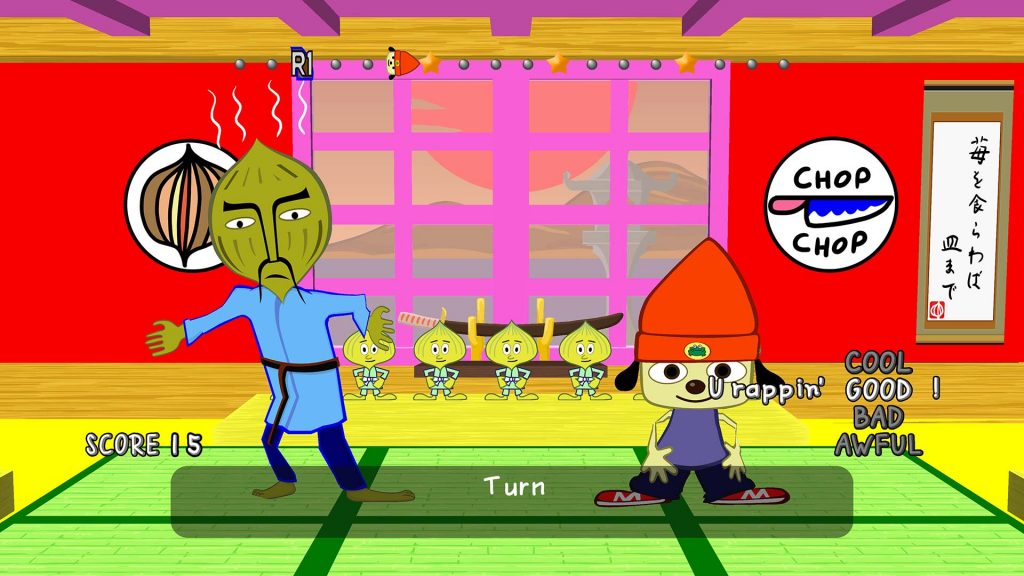 But that was fine. PaRappa was dripping with so much charm that it was easy to overlook minor frustrations in play. In 1996, there weren’t any other rhythm games to compare PaRappa to; it wasn’t perfect, but it was a new idea that had so much to offer.

Fast forward 20 years, and we’ve seen PaRappa’s legacy in how much the genre has grown and improved. That puts PaRappa the Rapper Remastered in an awkward position, because it’s every bit as clunky as the original game, but it has to sit alongside rhythm game masterpieces like Hatsune Miku: Project DIVA Future Tone and Thumper. It’s a comparison that doesn’t end well for our canine MC.

If anything, PaRappa Remastered is actually worse than its source material. Now-standard HDTVs and wireless controllers are great, but they also come with lag – a few milliseconds for a button press to send to the console, and another few milliseconds for the TVs display to update. For most games, that’s inconsequential, but for something as timing-dependant as a music game, those fractions of a second can be the difference between success and failure. It’s a problem that’s easily solved by letting players adjust the audio, video, and input sync as necessary, which is what almost every rhythm game on a modern console does. PaRappa the Rapper Remastered has no such correction option, which compounds with the wonky timing of the original game to create a product that is nigh unplayable. I must admit, I haven’t even finished the game, short as it is, because it’s just too broken to play. The first few stages aren’t too bad, but level 4 is basically impossible. I don’t know how how many times I’ve tried – I lost count around 20 attempts – and I’m not any closer to victory, because even attempts that look and sound like they have perfect timing lead to failure. It’s one thing for a game to be brutal and unforgiving, but PaRappa the Rapper Remastered is roughly the equivalent of a version of Dark Souls where you get game over for killing a boss.

This is a letdown, because the graphical improvements in PaRappa Remastered are immaculate. The game renders natively in 1080p with models and textures updated to match, and it looks amazing. The colourful characters, bizarre scenarios, and paper cutout aesthetic all pop like never before. I wish the same could be said for the cutscenes, but they haven’t been remastered at all – they’re the same old grainy, standard-definition videos from ‘96. Still in the moments where you’re playing the game (or trying to, at least), it looks better than ever.

It also still has all the charm of the original. It’s every bit as irreverently brilliant as a story about a rapping dog trying to win the heart of a sunflower through the power of belief can be. PaRappa is one of Sony’s most iconic characters, and this is a timely reminder of why that is. Most importantly, the music remains brilliant to this day. Early ‘90s hip hop, from New York via Tokyo, complete with cheesy lyrics that would be cringeworthy if they weren’t so catchy and endearing. Think Teriyaki Boyz a decade earlier, making music for a children’s TV show, and you’ll have some idea of what PaRappa sounds like. 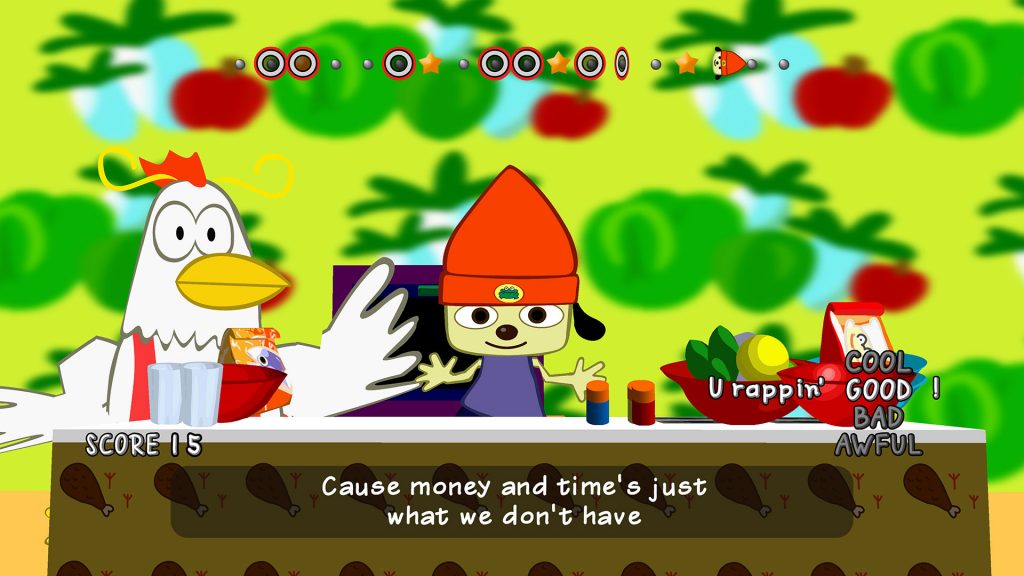 The good news is that you can get all that great music in an easily digestible format, because Sony released a digital soundtrack alongside the game. If you want to relive the childhood joy of playing PaRappa the Rapper, the soundtrack is a great way to do that. It’s a far, far better option than the game itself itself. Instead of celebrating one of the most beloved gems of the PS1 era, PaRappa the Rapper Remastered is a broken game that throws its legacy under a bus.

PaRappa the Rapper Remastered is developed by NaNaOnSha and published by Sony Interactive Entertainment. It’s available now for PlayStation 4.

Shindig purchased a PS4 copy for this review.