October 2016 will see the launch of not one but two Final Fantasy games that I’ve wanted for decades, since long before they were ever in development; since they were just childhood daydreams that I never thought I’d see come to life. One of these is World of Final Fantasy, the other is the Final Fantasy Trading Card Game.

The Final Fantasy Trading Card Game has actually been around for years in Japan, having originally launched in 2011, but it’s now been announced that a Western launch is taking place on October 28. The first set, dubbed Opus 1, will have 216 cards in total, spanning the whole Final Fantasy series. Most of these will, presumably, be the same as their Japanese counterparts, but Opus 1 will also mark the global introduction of cards from Final Fantasy VII Remake, World of Final Fantasy, and Dissidia.  Three 50-card starter sets will also be available, themed around Final Fantasy VII, Final Fantasy X, and Final Fantasy XIII, with 13-card booster packs to really put strain on people’s wallets.

It looks like a game that’s fairly simple, though tactically deep, which is a relief given how complicated such a game could potentially be. Opus 1 has just three different card types: Forwards, which are attacking characters; Backups, which are support characters; and Summons, which are one-shot abilities. The Japanese version of the game also has Monsters and Items, which will no doubt be added to the English version later on, but keeping it as simple as possible for the initial launch is a good approach. It looks similar to Magic: The Gathering (what trading card games don’t?) but with its own Final Fantasy flair.

Frankly, I don’t know how much I’ll actually play FFTCG, given I’m not really much of a tabletop player, but I have no doubt I’ll throw a lot of money away on collecting the cards.

World of Final Fantasy should be much less financially demanding, given that it’s a single-purchase game, but obsessing collecting will no doubt consume a lot of my time. I’m honestly surprised that a monster-collecting Final Fantasy game hasn’t happened before now; it’s a series full of adorable, recognisable creatures, and Square Enix’s Dragon Quest Monsters series dates back to 1998. 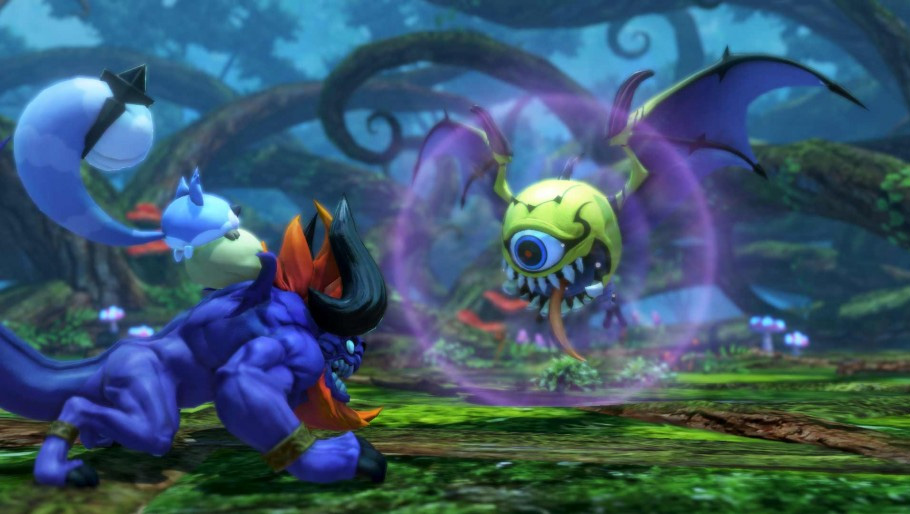 Still, I’m glad that it has taken this long, because World of Final Fantasy is shaping up to be absolutely delightful in a way that I don’t think would have happened if Square Enix had tackled the “Final Fantasy Monsters” idea earlier. It’s a Final Fantasy-themed monster collecting game, but even if you ignore that element, it looks like a fantastic Final Fantasy game in its own right. It’s certainly an homage to the series roots, but without letting that stop it from being its own thing, and under the talented directorship of Hiroki Chiba, I have high hopes.

So, as a longtime Final Fantasy fan whose spent many, many years hoping for card game and monster-hunting spinoffs, October is going to be a huge month for me. Never mind that Mafia III, Exist Archive, Dragon Quest Builders, Yomawari: Night Alone, and PlayStation VR are all coming out in the same month.