Gosh, it feels like an age since I’ve posted on Shindig. The last few months have been a whirlwind, in a good way: I got married, started a very exciting new job as a Hansard editor, and have just bought a house and am in the process of doing all the moving-related busywork.

I’ve also been playing lots, and lots, and lots of games. Far too many to go into lots of detail, but I’ll be reviewing most of these games in the coming weeks, either here on Shindig or elsewhere, like Digitally Downloaded or NZGamer.com.

Without any further ado, here’s what I am Now Playing: 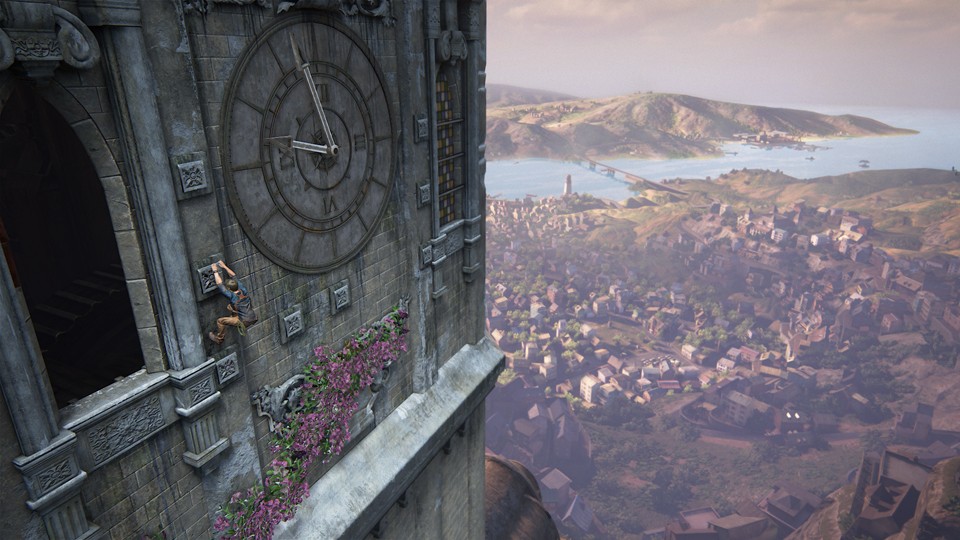 This, of course, is the big one. In terms of hype, budget, and marketing spend, it’s easily one of the biggest games of the year, and if other reviews are anything to go by, it’ll be a shoo-in for a whole lot of celebration come awards season. I have to say, though, I’m not really feeling it. In so many ways, it’s the best Uncharted game by a long shot – it’s the most visually arresting and, on a purely mechanical level, the most captivating and exciting to actually play. With that said, I’ve always played Uncharted games for the stories and characters, and in that regard, I’m finding Uncharted 4 to fall disappointingly short of what’s come before it. I’ll go into a lot more detail with my review, which should hopefully go up next week.

Available May 10 on PlayStation 4. 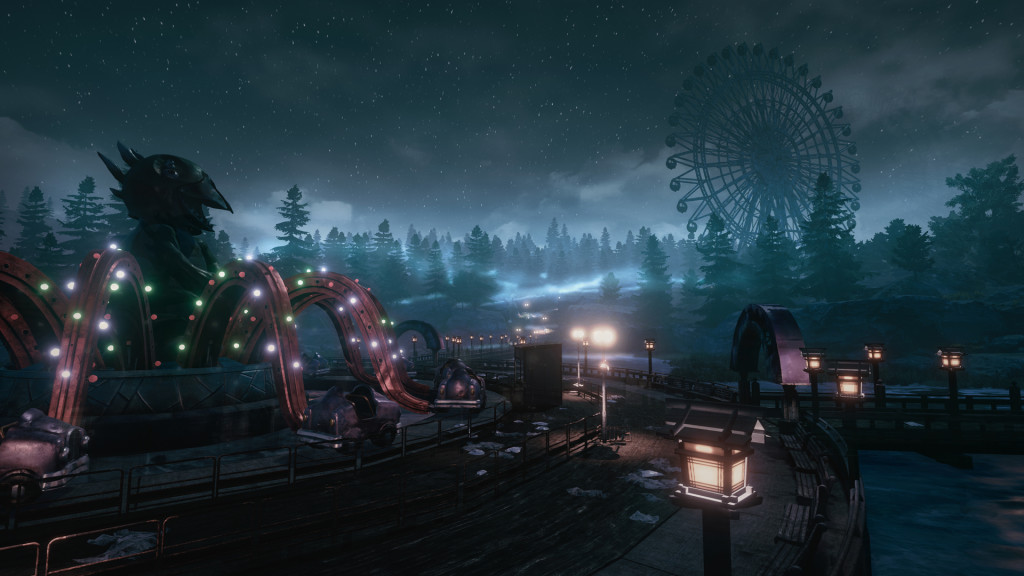 I’ve actually just finished this, and I’ll have a much more comprehensive review up at Digitally Downloaded soon, but for now let me just say: wow, what a remarkable and – dare I say it? – important game. The Park is a horror game that scared me shitless (not hard), and there’s plenty to say about how cleverly it combines atmosphere, psychological horror, and jump scares for maximum effect. More importantly, The Park does what the best horror does; it uses the framework of a monster story to explore the deepest, darkest corners of the human psyche. It’s a disturbing and compelling take on psychosis and filicide, a heartbreaking tale of struggles of single motherhood, and a scathing indictment of the lack of societal support for women in such situations.

Available now on PlayStation 4, Xbox One, and PC. 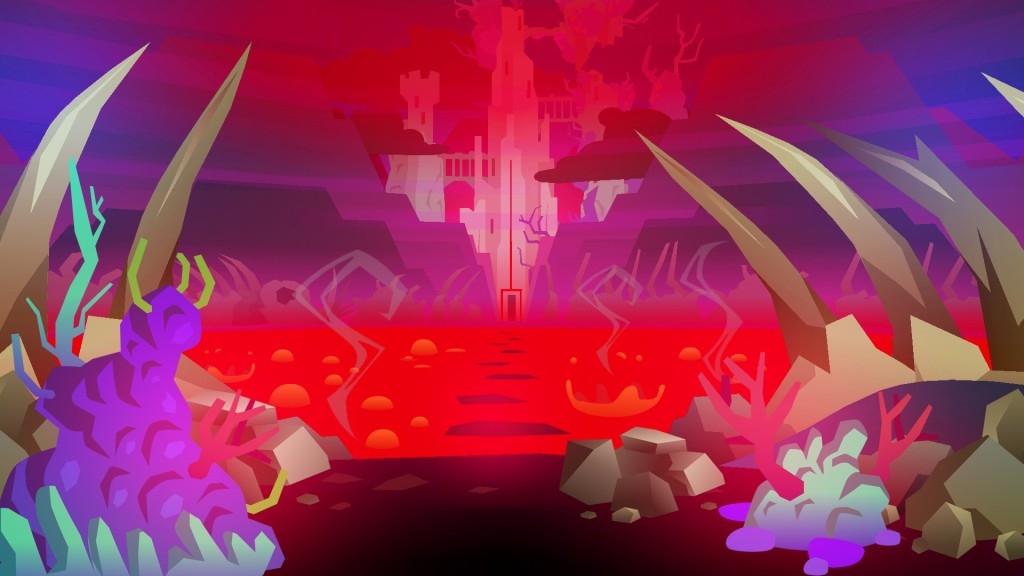 As you might expect from the developers of Guacamelee!, Severed is a game that oozes style; it’s psychedelic, bizarre, grotesque, and so very gorgeous. This all wraps around a particularly haunting tale about loss and coping with grief that, like the art style, is as hideous, depressing, and raw as it is graceful and beautiful. It’s also a very good game, a dungeon crawler with a touchscreen-based combat system that’s innovative and captivating. Had there been more games like Severed, perhaps the Vita wouldn’t be doomed to obscurity the way it has been. 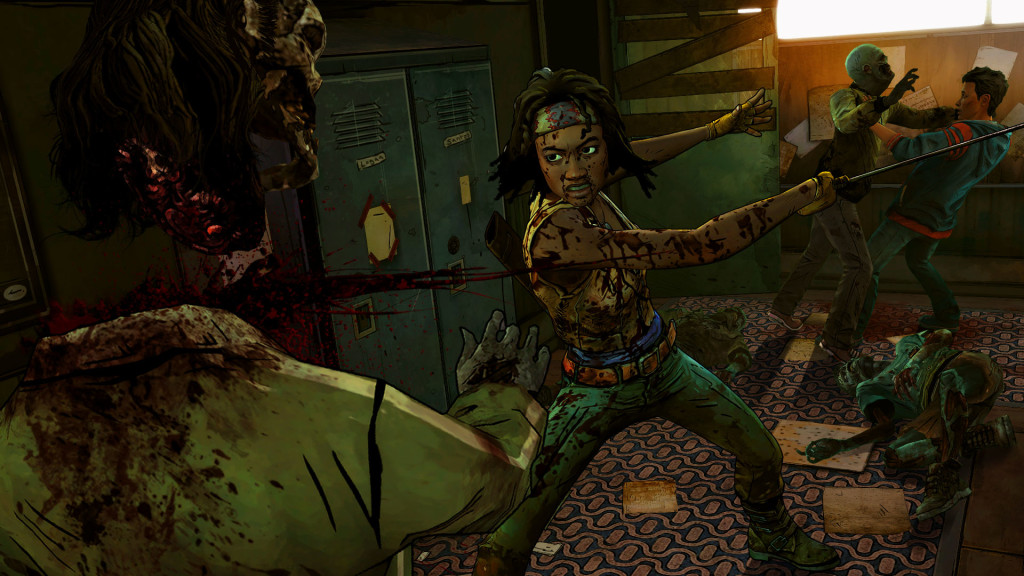 The Walking Dead: Michonne is the inverse of Uncharted 4: a game with middling reviews that I personally thought was absolutely incredible. It’s a miniseries within the world The Walking Dead (specifically, the comics and Telltale Games’ previous Walking Dead games, which share the same canon) that follows the exploits of Michonne, a machete-wielding badass who carries the heavy burden of believing herself to be responsible for the death of her daughters. It’s been criticised for being “too short”, but the brevity is a big part of what makes Michonne so good. There’s no fluff, no filler; it’s laser-focused on telling its heartbreaking tale, and it does so incredibly well. It’s also refreshing to see a game not just take themes of motherhood, mental illness, and suicide seriously, but to actually centre them and make them the focal point of the game. You can find out more in my full review of the game, over at NZGamer.com. 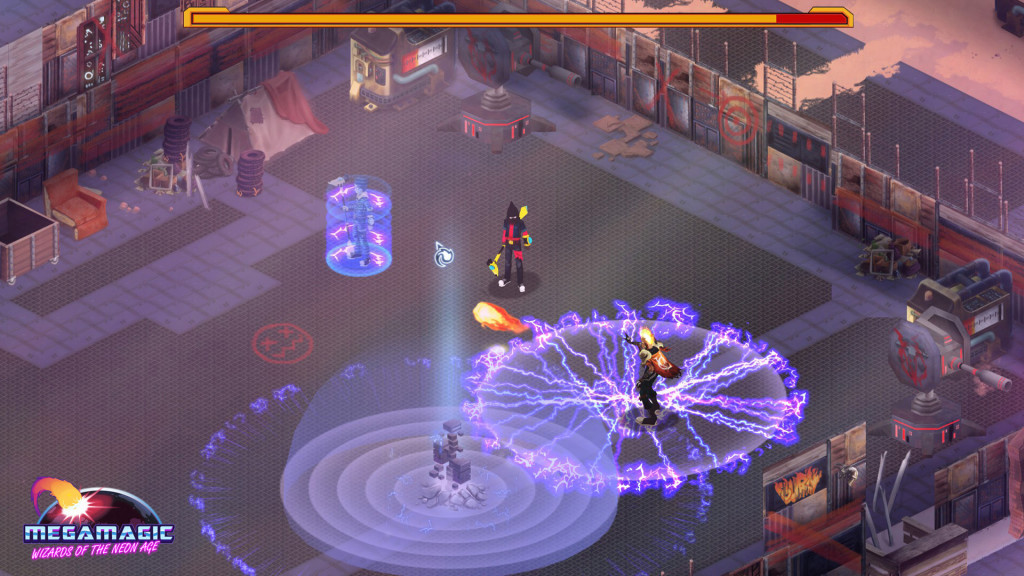 I’ll admit, I haven’t played very much of this so far, but what I have played is lovely. Megamagic comes from the studio behind the solemn and thought-provoking puzzle-platformer Nihilumbra, but it couldn’t be more different; this is a bright, vibrant action RPG set in an ’80s-inspired world where magic is commonplace. It’s like Far Cry: Blood Dragon, Diablo, and Back to the Future had an accident in one of the telepods from The Fly, and the end result is just delightful. Thumping synthpop music and bright neon colours underscore a game that, at least so far, is a lot of fun. 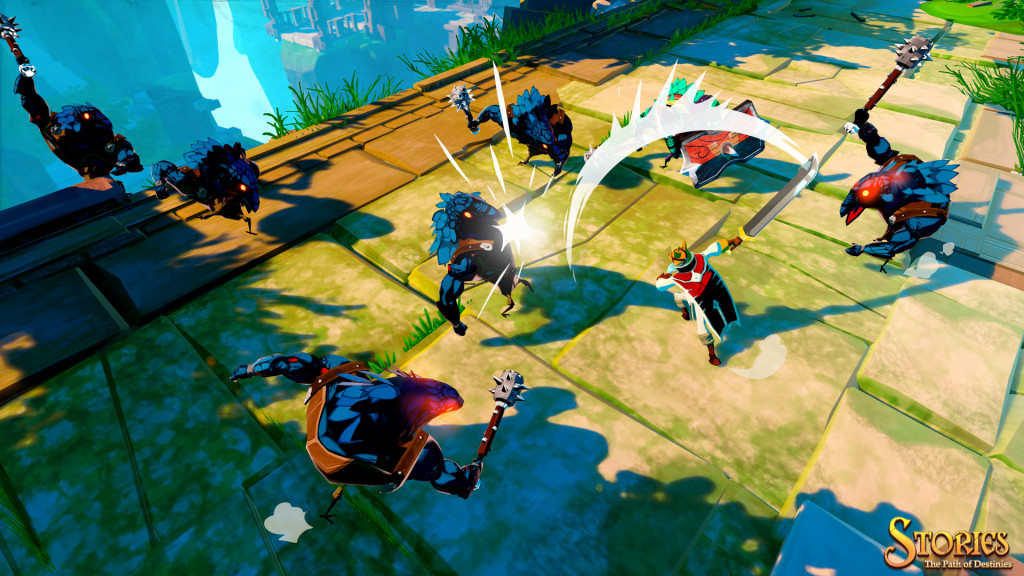 Stories is billed as an action RPG, and it certainly is that, but the real draw of this game has nothing to do with hack ‘n’ slash combat or experience points. Rather, it’s the fresh take on choice-driven narrative that makes Stories so compelling. Framed within a fairytale picture book, Stories has you playing through its story repeatedly, making different choices each time to get different endings and, with them, different “truths”. Once discovered, these truths affect future runs and open new paths, and it’s only by discovering all four of them that the hero, Reynardo, is able to find the true ending. It may sound dull and repetitive, but it’s quite the opposite – great writing and systems that keep tedium to a minimum mean that each story told in Stories is wonderfully entertaining. You can find out more in my full review, over at Digitally Downloaded.

Available now on PlayStation 4 and PC. 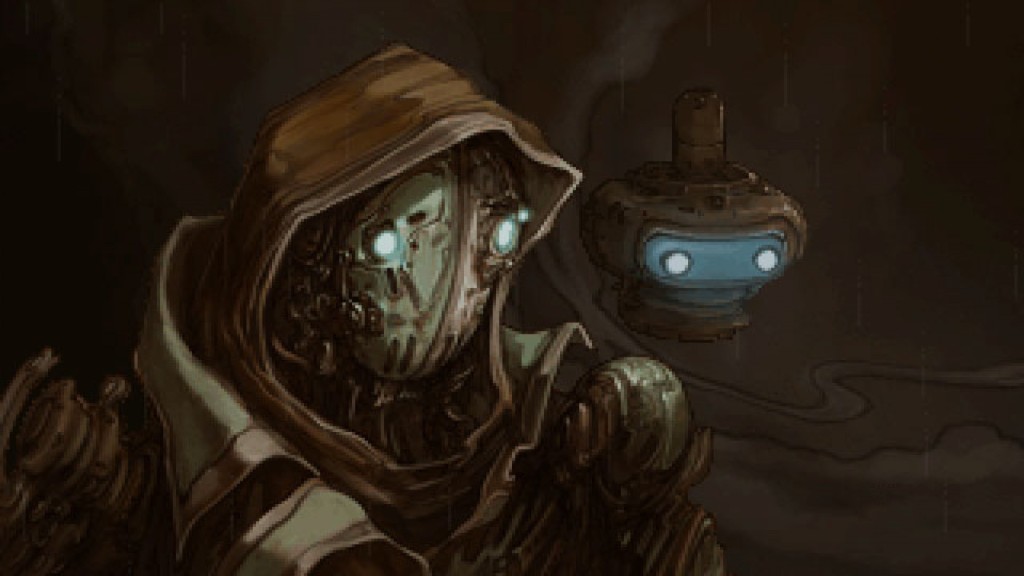 This is actually a few years old now, but after how much I loved Shardlight, I had to check it what else Wadjet Eye had done. Like Shardlight, Primordia is a point-and-click adventure game set in a post-apocalyptic world, but one that cleverly evades and subverts the tropes of the doomsday genre to tell an intriguing, refreshing tale. Primordia’s post-apocalypse is one in which humans are no more, and the world is populated with robots, which makes it an interesting perspective to explore the human condition. There’s a religious theme that’s particularly beguiling, especially when robots in fiction are so often characterised as logical to a fault, and it draws a lot on Shakespeare – Hamlet, in particular. Primordia is due to be ported to iOS soon, and my full review will be up on NZGamer.com next week.

Shantae and the Pirate’s Curse (WayForward)

I first played Shantae and the Pirate’s Curse when it came out on 3DS in early 2015 (for PAL regions, anyway), and although I loved it then, I couldn’t quite appreciate what it had achieved. Since then, I’ve played Shantae: Risky’s Revenge and a little bit of the original Shantae for GameBoy Colour, which really puts Pirate’s Curse into perspective. It’s an absolutely delightful game that channels the very best of the SNES era – a rock-solid platformer that combines action, exploration, and puzzle-solving, all  wrapped up in the most sublime, vibrant 16-bit visuals and starring one of the most enchanting, hilarious heroines known to gaming – but it also pushes the the Shantae series forward in so many ways. As iconic as Shantae’s magical genie dances are, the pirate weapons that replace them in Pirate’s Curse give the game a fluidity that its predecessors could never dream of. The narrative is as irreverent and joyful as ever, but this time around, there’s more sense of depth and humanity, especially where supporting characters are concerned. Shantae and the Pirate’s Curse is a wonderful game, and playing it on a big screen with a PS4 controller is the best way to play it.

Available now on PlayStation 4, Xbox One, Wii U, 3DS, and PC. 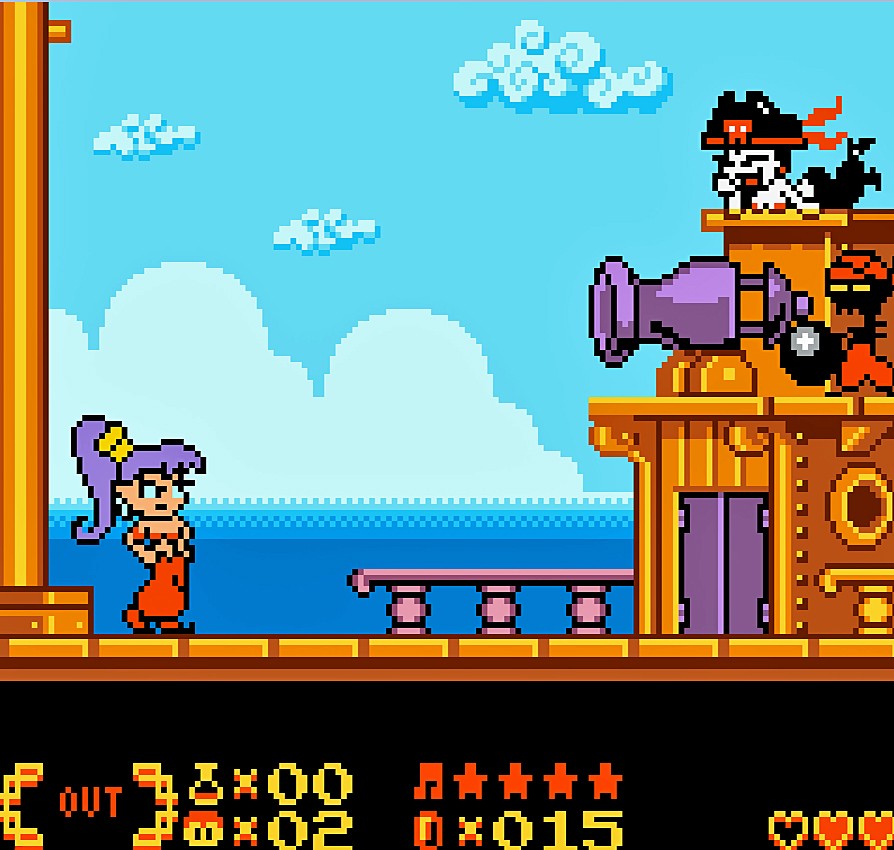 I’ve also been looking backwards, to the game that started it all: Shantae for GameBoy Colour. Originally released in 2002, exclusive to the Americas, a Virtual Console release for 3DS means that Shantae is now much more readily available. What’s most impressive to me is that, even playing for the first time in 2016, it hardly shows its age. Sure, hardware limitations mean that it’s graphically simple, the GBC’s two-button setup means that there are some control quirks, and it comes with some date game design elements, like life limitations, but even with all these limitations, it still feels accessible, responsive, and familiar. Redrawn sprites and a control system that makes better use of the multi-buttoned controllers that are standard today are all it would take to make Shantae feel like it was a brand new game released today, and that speaks volumes for how well-designed it is for a game that’s 14 years old. 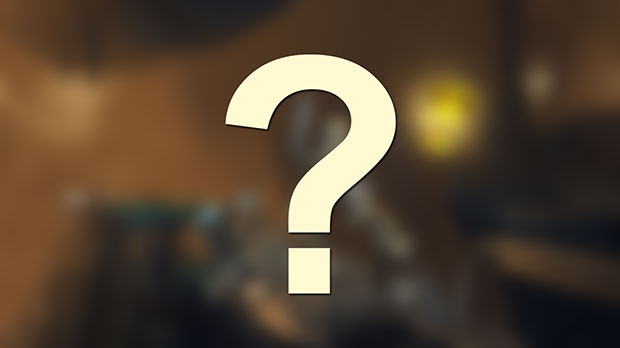 Embargo restrictions mean I can’t give much away just yet (I’m probably stepping over the line as it is, even with a paragraph as vague as this one), but I’ve also been playing some really great PS4 games that I can’t wait to share more about. One’s a puzzle-platformer that’s as cleverly designed as it is hilarious, and the other is a polished-up port of one of gaming’s true masterpieces. Suffice to say, I’ll have reviews of both of these as soon as I am able.