No Man’s Sky is one of my most anticipated games of the year. But with the last couple of trailers, it’s starting to look like Destiny, one of the most disappointing games of all time, and that concerns me.

As the lovely Amy Potter pointed out, No Man’s Sky‘s UI looks more than a bit like that of Destiny, which is funny but mostly benign. However, it brings the comparison into focus, and that has helped me understand why the last couple of trailers for No Man’s Sky have made me feel so uneasy.

From it’s announcement back in 2014, No Man’s Sky has excited me because of the possibilities it offers and the potential it has to really push the boundaries of what a game can be. Through the mysteries of procedural generation, the folks at Hello Games have been able to create a universe that is functionally infinite—18 quintillion planets, to be precise. Through that, No Man’s Sky is set to offer a rather unique opportunity to be an explorer, rather than to just play as one. 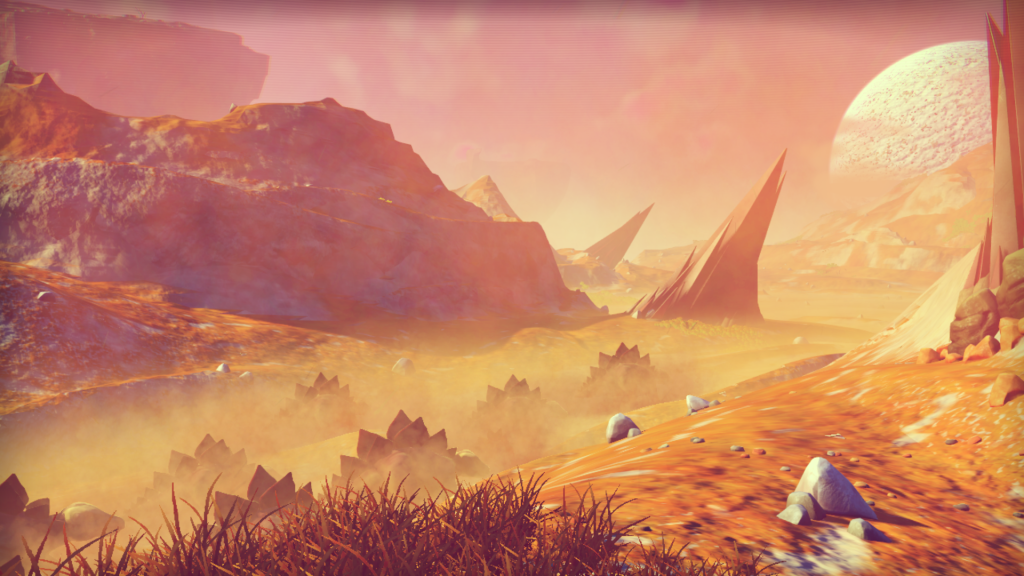 Through procedural generation, No Man’s Sky will have billions of unique planets to discover.

In No Man’s Sky, you’ll visit worlds only you’ve been to, discover creatures and civilizations that no other person has seen. The chances of running into another player are minimal, but there’s still a chance, and that brings an element of excitement akin to the real-world search for extraterrestrial life. For all the talk about “but what do you do in No Man’s Sky?”, it’s a game that looks set to deliver a remarkable platform for emergent gameplay. In a game industry so obsessed with “content”—which is almost always a checklist of busywork in an “open” world that’s really just a large map full of distractions—No Man’s Sky is promising not just a real open world, but an open universe. At least, that’s the vision that the Hello Games have sold me, and that’s what I’m so excited about.

Contrast Destiny, a game with so much unmet potential. Of course, Destiny wasn’t targeting the same kind of experience as No Man’s Sky, but a particularly aggressive marketing campaign pushed the idea of a grand universe full of depth and the kind of emergent stories that MMO games are uniquely placed to deliver. What came out was a soulless husk of a game—one that is mechanically competent and polished to the endth degree, but that felt like the product of a long series of focus tests rather than anything resembling a creative process. 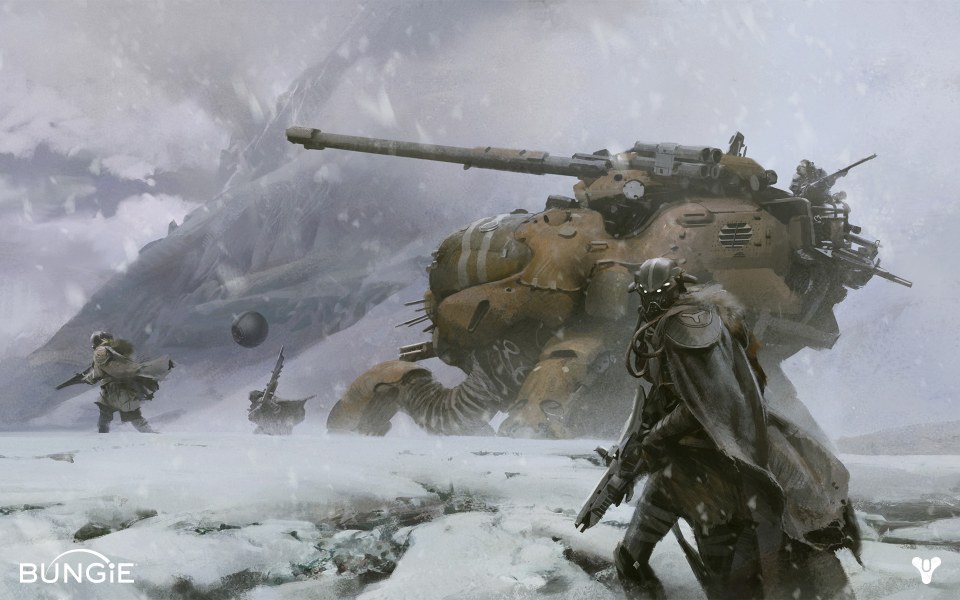 Destiny: How did a game with concept art like this turn out so lifeless?

I’m not even concerned about the lack of “content” that plagued its initial launch; for me, the biggest problem with Destiny was how lifeless it felt. It wasn’t a bad game. It wasn’t a game that tried something interesting and failed miserably, like Funk of Titans. It wasn’t a game that was broken, like Assassin’s Creed Unity. It wasn’t even a senseless hodgepodge of bad ideas thrown haphazardly together, like Ride to Hell: Retribution. No, it was something far worse—a game that felt like it was actively working through a checklist of “how to not be a bad game” instead of focusing on trying to be a good one.

Which brings me to my newfound concerns about No Man’s Sky in light of the last two trailers for the game. The second and third spots in a four-trailer series focusing on different aspects of No Man’s Sky, these have centered on combat and trade. These aren’t bad things in themselves, but the trailers take all the promise and potential of No Man’s Sky and distil it into what looks like a painfully generic sci-fi shooter. They show a game that’s heard the cries of “But what do you do in No Man’s Sky?” and have responded by filling it with “content” and “gameplay”, instead of being confident in the exploration aspect, which so far has seemed to be No Man’s Sky‘s defining aspect, to carry it through. 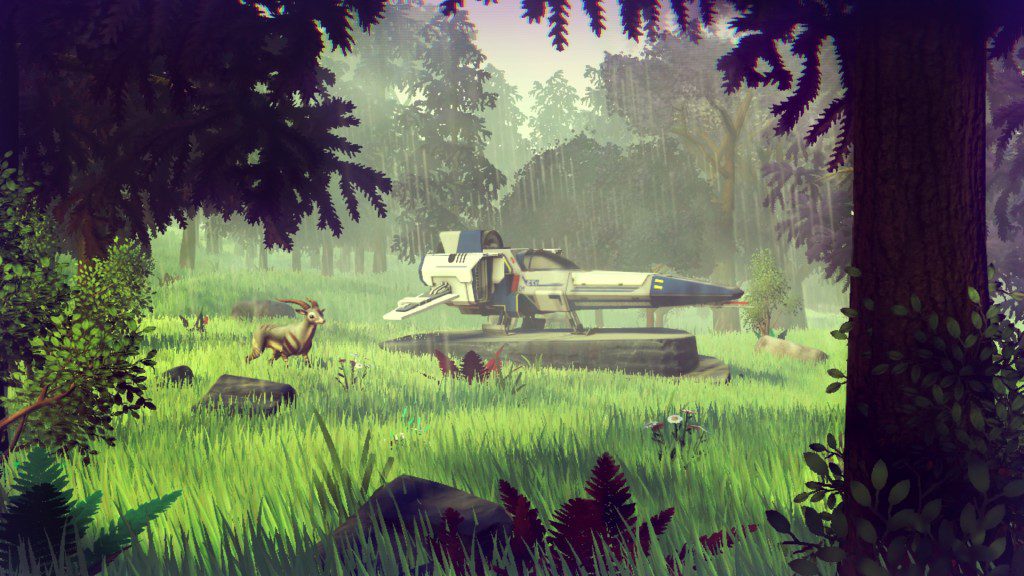 No Man’s Sky, just give me a spaceship and let me fly

I can only hope that this is a result of a marketing department doing what marketing departments do best—misrepresenting a product in order to give some sense of mass-market appeal. I hope that No Man’s Sky will be every bit the exploratory wonder as it’s been built up to be, and that combat and trade are part of that vision rather than band-aids over a problem that doesn’t exist. I still have faith that this will be the case, and I still trust in the vision that Hello Games have shown me—this is still a game for which I’m excited beyond reason. But, with these last couple of trailers, I have my first seeds of doubt, and I just hope they don’t get a chance to take root.