I was really looking forward to Marvel Mighty Heroes. I generally enjoy mobile games, and DeNA has a good track record. I like Marvel’s characters, and the simple, beat-’em-up gameplay looked like a great fit for a mobile game.

The game came out last week, so naturally, I downloaded it right away. I can’t remember a time I’ve been so let down; Marvel Mighty Heroes is unplayable, and I mean that in the most literal sense.

The tutorial is the only part of the game I’ve actually been able to play, thanks to Marvel Mighty Heroes’ unfortunate status as an always-online game with a completely broken netcode. There is no single-player here, all missions are four-player co-op, with either friends or strangers. I don’t have friends, so I’ve had to rely on matchmaking – which itself is pretty iffy – but even once a full party is found, I’ve never actually been able to get into a level. The game just hangs out on the loading screen, until you get frustrated and Hulk Smash your phone. One time I even let it wait for around 20 minutes. Twenty minutes. 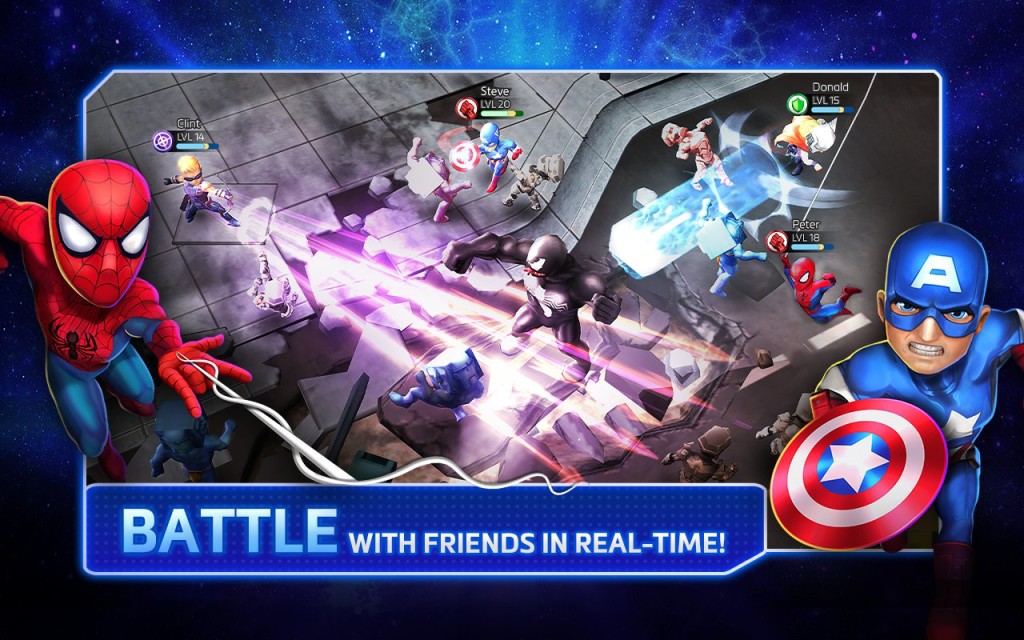 Good luck with that.

Which brings us to the other fatal flaw in Marvel Mighty Heroes. It’s a mobile game so it should be, well… mobile. Only, it requires so much bandwidth that even if it worked, it would be a Wi-Fi-only game. The strength of mobile games is their portability, their pick-up-and-play nature. When you’re on a bus, or waiting in line at KFC, you can just whip out your phone and play a round. Not so with Marvel Mighty Heroes.

Free-to-play games have a bad reputation, and while I think that this is fairly earned, the problem isn’t so much that the model is inherently bad, but that, so far, very few developers have managed to make it work in a way that is both profitable and fair to players. Marvel Mighty Heroes is a good example of why the freemium model has such a bad rap.

It uses familiar free-to-play systems, like Energy (required to undertake missions; restores slowly over time, but can be instantly refilled by paying up) and randomised character purchases. I can’t really say how well-balanced the Energy system is in Marvel Mighty Heroes, as I haven’t actually had a chance to spend any energy (see above, about the game being completely broken). That said, I feel that energy systems are fundamentally flawed, because they’re subtractive by nature. They take something away from the game, and charge you money or time to get it back. Conversely, additive microtransactions like loot or character roulettes give you something for your money. 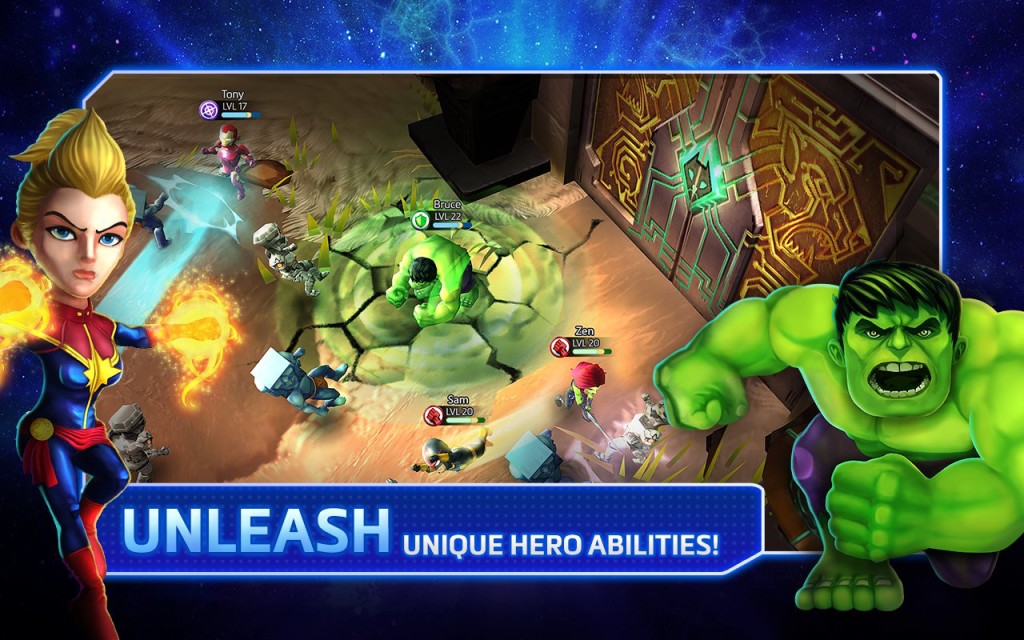 This game could be a lot of fun, if only it actually worked.

Essentially, Marvel Mighty Heroes is trash. Don’t download it, it takes forever to install and just isn’t worth the time. Maybe one day DeNA will be able to salvage something from this mess – there are some good ideas underneath all the rubble. But, for now at least, you’re best staying far, far away.