If you want to make your indie pixel art platformer stand out, you might give it some ridiculous premise: a cat-owned company’s teleporters keep breaking down, so it’s up to a the firm’s master of Custodial Sciences (who is a frog) to investigate. You might do something even more radical, and build a solid, captivating, carefully-designed game underneath all the silliness. If you’re Pixel Studio, you do both, and you end up with a brilliant game like Kero Blaster.

On paper, there’s nothing particularly special about Kero Blaster. It’s an action platformer in the vein of Mega Man; you run from left to right, jumping over obstacles and shooting enemies. At the end of each level there’s a boss, and defeating it gets you a new weapon or upgrade.  A lot of games fit that description, yet few make this time-honoured formula work as well as Kero Blaster. That all comes down to attention to detail, and a focus on getting every aspect of the game just right. From the most minor interactions to the overarching structure of the game, everything’s been turned to perfection.

Frog controls flawlessly. You always know what you’re going to get when you hit the jump button; you know how high you’re going to leap, you’re trajectory, and where you’re going to land. This might seem like faint praise, but jump physics are difficult to get right, and it’s something that lets down so many platformers. I died plenty over the course of the game, but not once did I feel like the controls let me down. 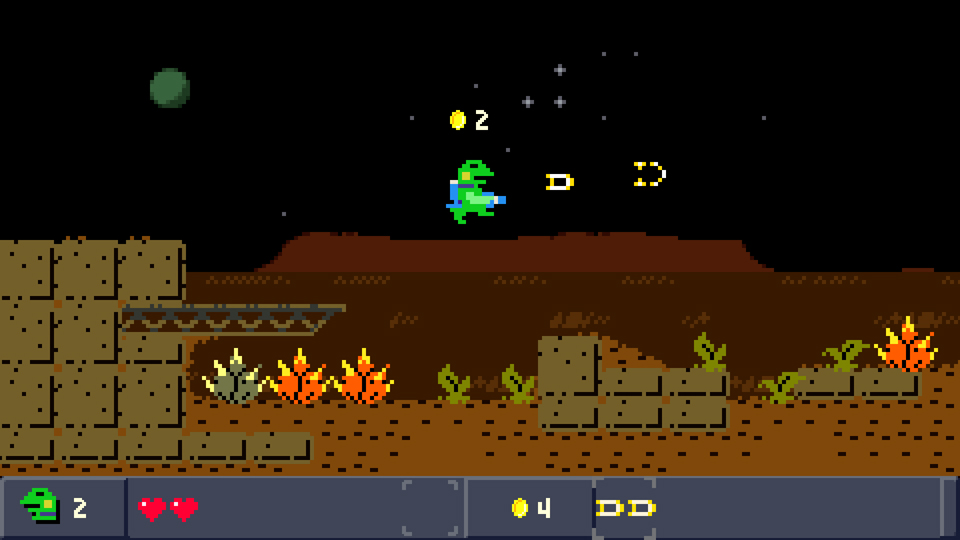 The most impressive part in all this is that Frog isn’t some nimble ninja. His jumps are slow and floaty, there’s only limited scope to maneuver while airborne, and a short double jump is the extent of his mobility upgrades. In most other games, this would be a recipe for frustration, but Kero Blaster’s jump physics and controls are so finely tuned that it never becomes an issue.

The other side of the coin is level design. Again, Kero Blaster does nothing new, but again, it pushes the tried and true to perfection. It starts out easy, with short gaps to jump over and slow, weak enemies that can easily be dispatched. There’s plenty of room for error as you learn the ropes and get acquainted with Frog’s movement and weapons. Then it builds on that, introducing new enemies and platforming challenges with surprising frequency. Individually, each new obstacle is just slightly harder to overcome than what you’re accustomed to, so it’s fairly easy to use what you’ve learnt and adapt. These incremental little increases in difficulty add up to a challenge that ramps up dramatically, even over the course of a single level, yet never feels overwhelming. 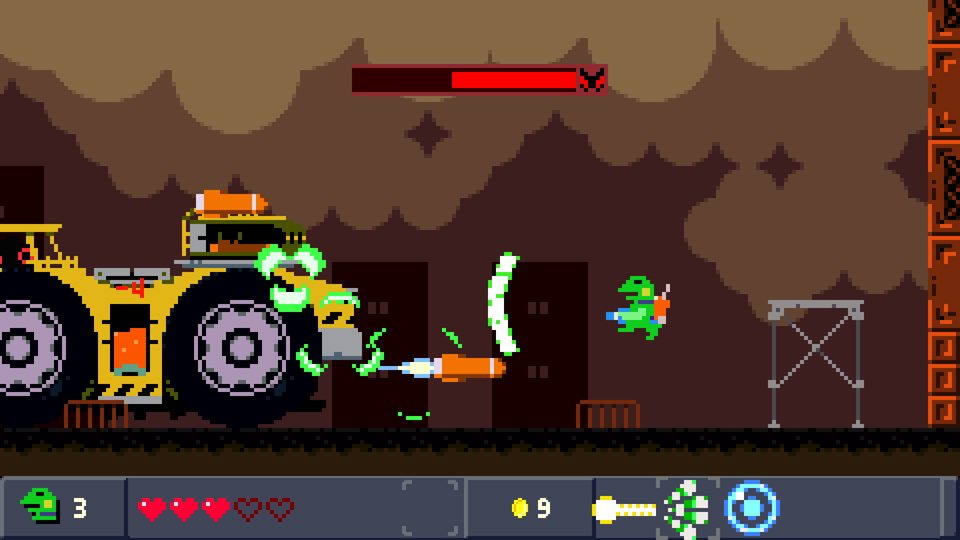 Kero Blaster sets a benchmark for a good difficulty curve. It gets quite fiendish, especially in the hard mode, but it gives you all the tools you need to meet those challenges. It doesn’t hold your hand, but it guides you and coaches you to be on the game’s level. Where many games use their difficulty to say “Think you can beat me, sucker? We’ll see about that.”, Kero Blaster says “I believe in you. I’m giving you these hurdles because I know you can jump over them. It won’t be easy, but I’ve got you.” Instead of being demoralising, the difficulty curve here is invigorating – constantly throwing up new challenges, but never a brick wall.

It certainly helps that death is quite lenient. Checkpoints are frequent, so you don’t generally have to replay too much in case of death and can instead focus on getting past whatever killed you last time. You’ve got limited lives, though, and you have to start the whole level again if you run out. That can be a little bit tedious, but even then, the “failed” run never seems like a waste of time because some stuff carries over. You keep any coins you’ve gathered, even after a game over, so every attempt brings you a step closer to extending your health bar or powering up your weapons. Any mid-level bosses you’ve killed stay dead, too, so you don’t have to worry about repeatedly fighting them if you get stuck. Kero Blaster can be a challenging game, but it’s never frustrating, and that’s a balance I don’t often see.

The icing on the cake is the lovely presentation. The indie space is awash with pixel art games these days, but Kero Blaster still manages to stand out. Where an 8-bit style has become almost the default, this game looks back further to Atari and its ilk, with simple, vibrant graphics that keep details to a minimum. Even so, there’s a lot of expression to be found in characters’ animations and in the way colours and contrast are used. The surrounding narrative, minimal as it is, is just wacky enough to be work. A CEO cat who yells in squiggles, a silent, stoic frog, a company that manufactures teleporters, and an invasion of strange alien Things (that’s actually what they’re called) set up something oddly compelling, even though it’s mainly there to frame the action.

This all amounts to a thoroughly enjoyable game. What Kero Blaster lacks in innovation it makes up for in sheer mastery of action platformer design, and that’s more than enough to make it a must-buy game.

Kero Blaster is developed by Pixel Studio and published by Playism. It’s available now for PlayStation 4 and PC.