Ghost Blade HD goes back to the roots of the bullet hell genre, and what it lacks in originality it makes up for in polish.

There’s an impressive amount of innovation in the bullet hell shoot ‘em up space. It’s such a niche genre that developers are always looking for ways to stand out, and being driven largely by indies means there’s that plenty of room to try new things. From the narrative focus of games like Sine Mora, to the unique settings of the likes of Mushihimesama, to the creative play mechanics of Ikaruga, this is a genre that’s been constantly experimenting for decades.

As important as all that innovation and growth is, there’s a place for a well-executed, classically-styled game. That’s where Ghost Blade HD comes in; it delivers on the form and feeling of ‘90s shoot ‘em ups well enough that its lack of originality doesn’t really matter. It’s a polished, pristine, fun shoot ‘em up that you can familiarise yourself with in seconds and play for hours. 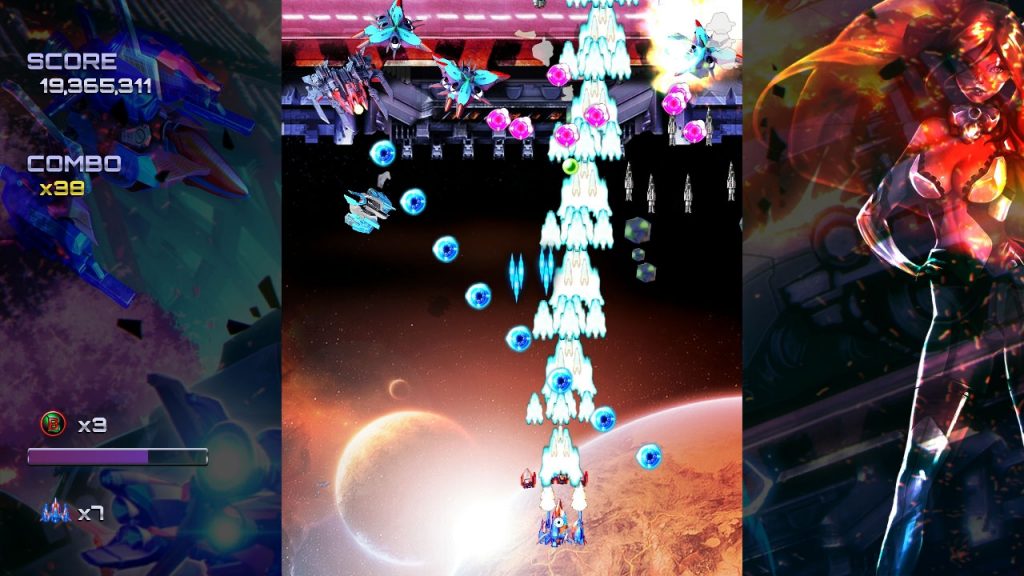 With one of three ships, each with different shot patterns and movement speeds, you weave your way through an assault of brightly-coloured energy bullets from swarms of foes. Different buttons give you a different type of shot, either a spread that covers a wide area, and a focused one that does big damage in a straight line, and the later also slows down your movement to aid your navigation through the waves of enemy projectiles. Destroying certain enemies also removes their bullets, giving you a nice score boost and freeing up precious real estate for moving around. As you earn points and level up, you gain extra “bits” around your ship for a wider spread shot or harder-hitting focused fire.

None of this is new, but all of it works as well today as it did 20 years ago. This simple array of mechanics is enough to create a game where skill and practice win the day, but where thought and planning are also fundamental to success. Enemy patterns demand twitch reflexes and spatial awareness, but are also puzzles to be solved, as you figure out the best screen positions and shooting tactics to deal with the various threats. Like any other bullet hell, Ghost Blade HD is a game of mastery, and learning the intricacies of each level until you can achieve the vaunted one-credit clear is a satisfying process. 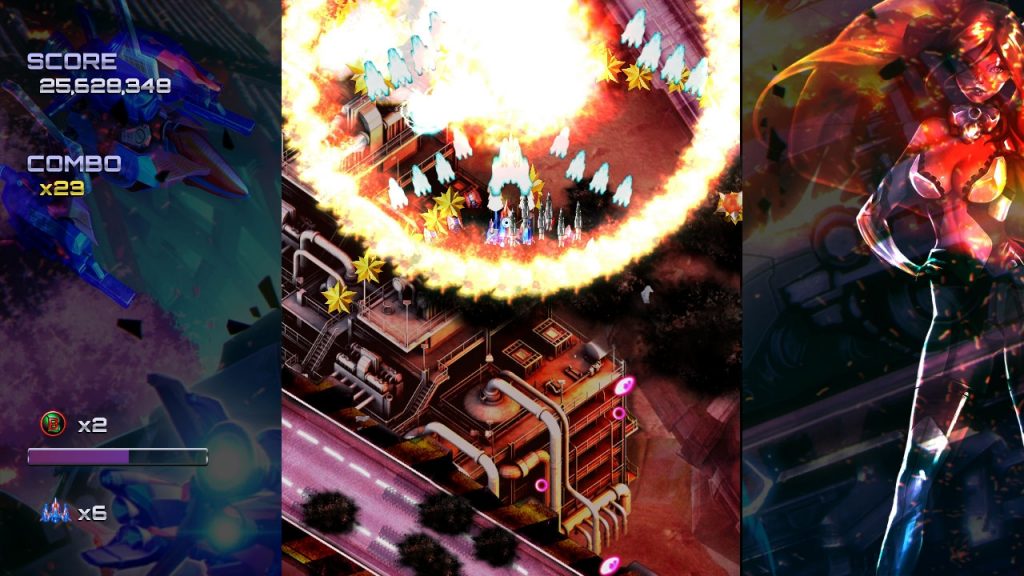 That said, Ghost Blade HD feels a bit easier than a lot of other bullet hells, for better or worse. Playing on Easy is quite easy (in a genre where “easy” difficulties are often still challenging), and though medium and hard ramp it up dramatically, I don’t think it quite reaches the insane difficulty that shoot ‘em ups are known for. This makes it a great game for beginners to play – and anything that helps open the door is a winner in my book – but it may not have the lasting appeal that some veterans are looking for.

If you’re looking for any sort of story, you might be disappointed – Ghost Blade HD doesn’t even have so much as introduction and ending cutscenes, let alone anything more substantial. As much as I love story-focused games, I actually really appreciate this approach; instead of shoehorning in a story out of some feeling of necessity, it just cuts to the chase and focuses on what it does best.

Just as it channels that ‘90s arcade feeling in how it plays, Ghost Blade HD looks the part. Instead of the 2.5D approach favoured by many games, this is made up entirely of hand-drawn 2D sprites, and it looks fantastic. Everything’s bright and colourful, helping to fuel the excitement and intensity of the game itself, and though the enemies are a bit on the generic side in terms of their design, the overall picture is one of beauty. The 2D approach also means there’s none of the confusion around hitboxes and collision detection that you sometimes see in shoot ‘em ups that use 3D models, which is always welcome. To go with all that is a pumping synth soundtrack composed by Rafael Dyll (who previously worked on Söldner X-2 and Rainbow Moon). It’s full of the sort of electric energy that’s typical of arcade games of the ‘90s, but with the polish of modern production values. 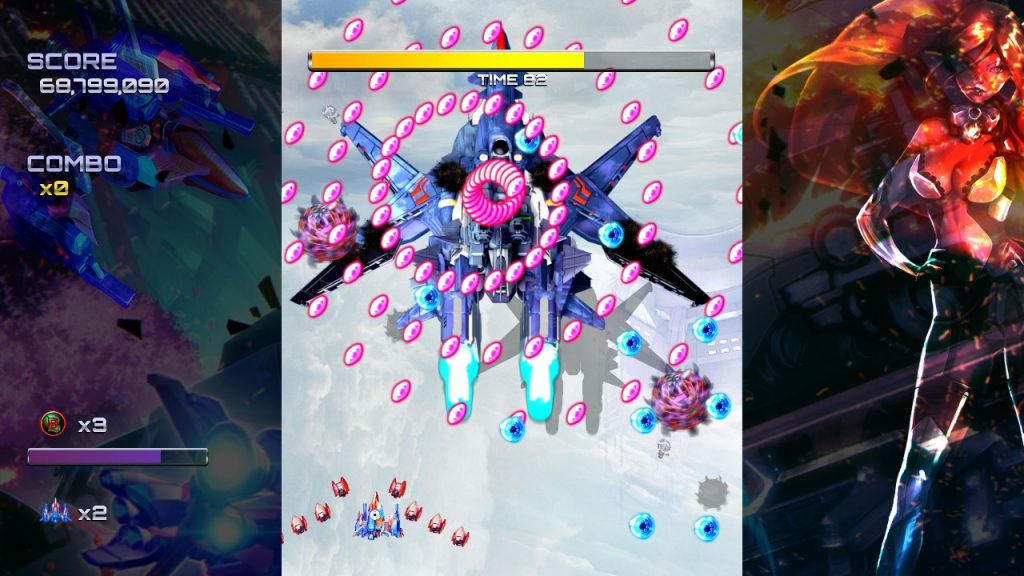 Ghost Blade HD may not be particularly innovative, but that’s not what the developers set out to achieve. What they did intend was to capture the simple excitement of the early days of the bullet hell genre, and they’ve certainly done a good job of that.

Ghost Blade HD is developed by Hucast Games and published by 2Dream / eastasiasoft. It’s available now for PS4, Xbox One, and PC.