Over the last few years, we’ve seen an explosion in support for entry-level game development tools like RPG Maker and GameMaker. Such tools were once written off as too simplistic to make “real” games, but the current indie boom has given these engines and the games made with them a chance to shine.

Visual Novel Maker carries that same ethos of approachability and ease of use, balanced with support for more complexity for those who want it. Though it’s not made by the same developers as RPG Maker, it shares a lot of similarities in its drag-and-drop interface and use of databases for handling game assets.

At its most basic, Visual Novel Maker lists your craft visual novels by using commands from a toolbox to build something resembling a film script. Adding a dialogue command lets you write a line of speech and assign it to a character via dropdown list; image commands let you show, hide, and change character and background art; sound commands let you play background music and sound effects; and so on. 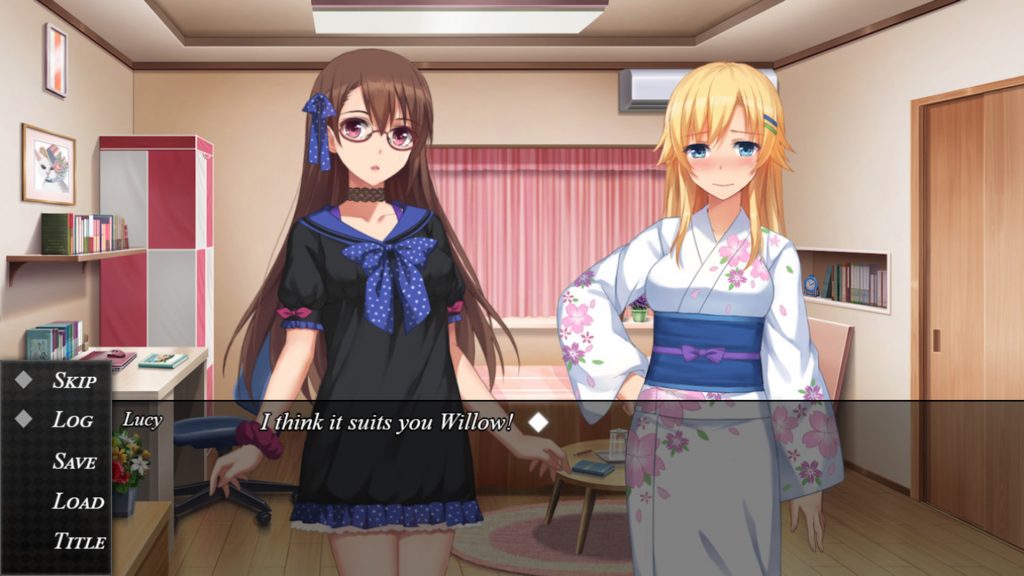 The toolbox gives you everything you need to create a standard visual novel, without ever having to write a line of code. A linear novel without choices (or a kinetic novel, as they’re commonly known) is obviously the simplest , but you can also easily create dialogue choices and branching narratives.

If you want to make something more gamey, like a dating sim, the toolbox lets you create and manipulate variables with ease. Want a choice to result in an increased affection value with a certain character? Just drop in a variable command, give the new variable a name, and set it to increase by whatever value you want.

With just the standard drag-and-drop tools, you can create some surprisingly complex games. If you want to take things further, there’s a scripting system that uses CoffeeScript and JavaScript; by using those you can add pretty much any functionality you want (as @triptych points out on Twitter). Obviously, this is a feature for those people who know how to write code–which isn’t me, I should point out–but Visual Novel Maker certainly isn’t limited to the basic tools. 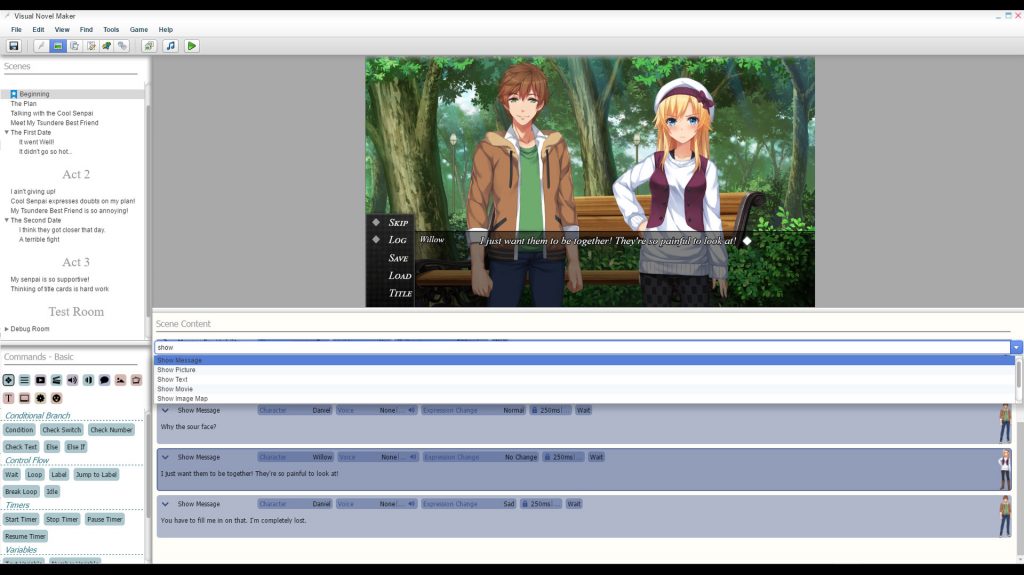 You can even change the world itself and add new functionality with extensions, whether by creating them yourself or by using those shared by others. I’ve already seen some handy things out in the wild, like a quick save system and a fully-featured text editor for dialogue, and the range of extensions will only grow over time.

Visual Novel Maker includes some basic assets (character art, backgrounds, music, and so on) that you can use to get started, but most people will want to use their own, especially for commercial projects. Adding new assets is easy, with support for a wide range of films types; whether you’re creating your own stuff, working with artists, or using an asset store, importing into Visual Novel Maker shouldn’t be an issue.

However simple or complex your project is, chances are you’ll want people to play it. Fortunately, Visual Novel Maker offers a decent selection of build options that allow you to compile your game, ready for publishing on PC or mobile. Unfortunately, the engine doesn’t have built-in support for building console versions, no doubt due to both the technical difficulty of those, and licensing issues. If those hurdles can be overcome, I’d love to see options added at least for PS Vita and Switch, given how popular handhelds are for visual novels. 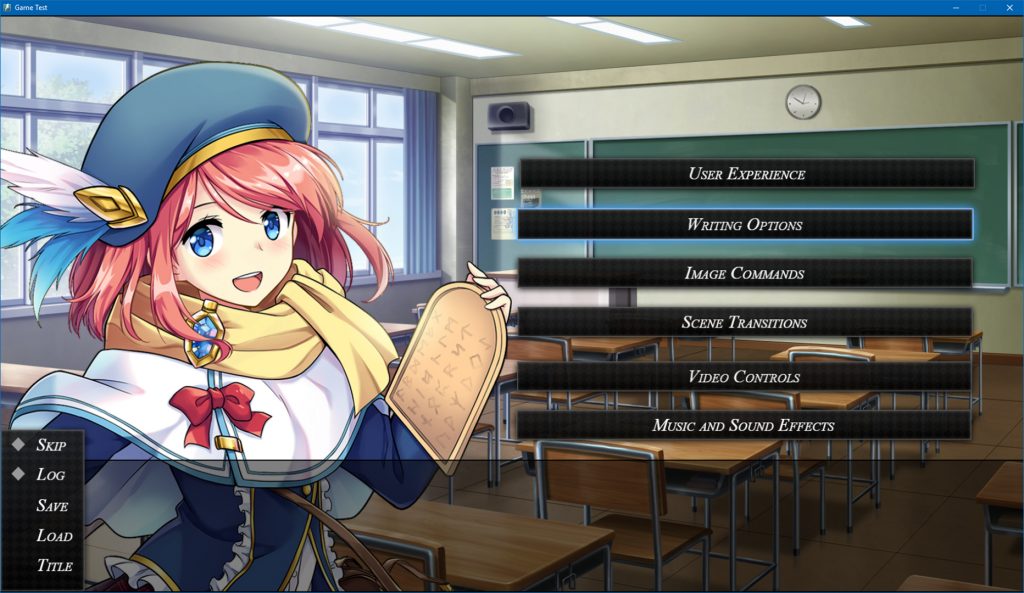 I need to make a special mention of the support documentation, which is very good. It gives a good rundown of all the engine’s features without getting overly verbose or detail heavy, and it’s nicely broken down into a “Beginner’s Guide” and a “Scripter’s Guide”. I love that the Beginner’s Guide goes as far as including some brief guidelines about story structure and screenwriting before it even gets into the Visual Novel Maker tools themselves.

In short, Visual Novel Maker is a great way for budding game developers to jump in, in the same way that RPG Maker is. It’s very easy to use, even without any programming or game development experience, but with a lot of power nonetheless. Scripting support and extensibility, meanwhile, open the door to a lot more depth and customisation for those who want it. It’s easy to export your creations, and the licensing means that anything you create—even stuff that uses the default assets—can be sold.

Despite criticism from people who don’t really “get” them, visual novels are a powerful way of telling a story. Now, thanks to Visual Novel Maker, the barrier to telling such stories is lower than it’s ever been, and that’s a wonderful thing.