I love the proliferation of “culture games” at we’ve been seeing lately. Games like Never Alone, Ayo: A Rain Tale, and Mulaka use games as a platform to bring awareness of little-known indigenous cultures to the masses, and the whole video games medium is better for it. With its haunting presentation of Finno-Ugric mythology, The Mooseman fits squarely along that trend.

“A long-long time ago, the world was created out of an egg-shell by a god named Yen. In the murky depths of the endless ocean, the Lower World was born. The Middle World was made for the men to dwell, and the Upper World was where the ancient gods would reside.”

The Mooseman takes you, as the titular shaman, on a journey through these three layers. It’s a slow, methodical journey, but that’s crucial to the atmosphere that’s so central to the game. With each step, the inky darkness washes over you and stars passing the sky. Though simple puzzles block the way forward, this is a “walking simulator” on the day literal sense: a journey of observation and discovery through a world of wonders. 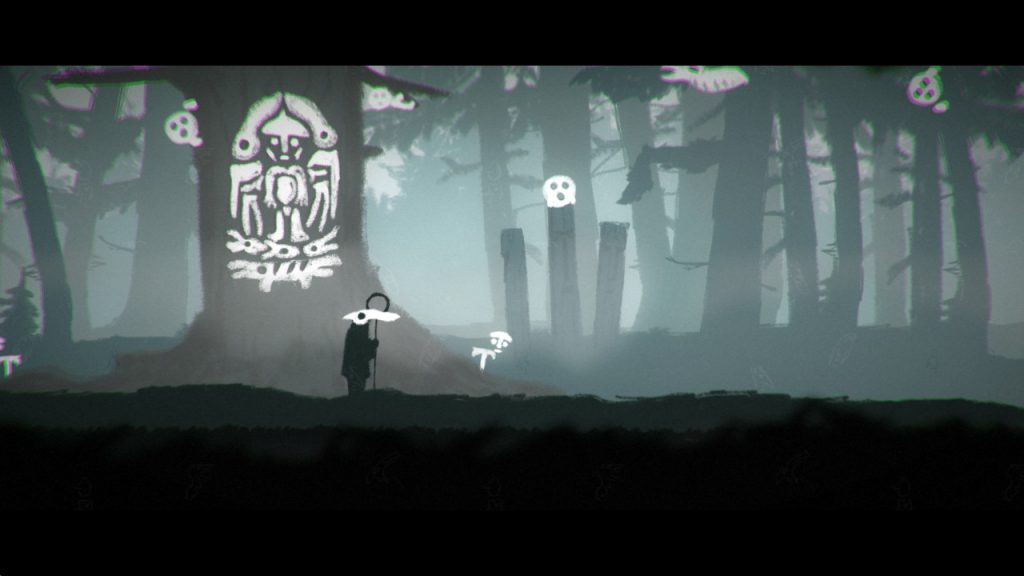 It’s brought to life with a moody, beautiful art style inspired by the animalistic art of ancient Finno-Ugric peoples: the “Perm animal style”. Colours are sparse, but the contrast of dark backdrops and chalky white animal motifs make the worlds of The Mooseman feel alive. When you put on your moose mask, that vibrancy is even more apparent: fallen branches suddenly become snakes that slither across the ground, rocks spring to life, and spirits peer out from behind trees and foliage.

That also forms the basis of most of The Mooseman‘s puzzles. By donning and removing the mask, you manipulate the world around you, moving platforms into place and protecting yourself from hazards. Even as someone easily stumped by puzzle games, I didn’t find any of The Mooseman‘s especially challenging; rather they’re a way of reaching into the game and touching the tapestry that it paints.

Milestones in the Mooseman’s journey introduce new abilities and new wrinkles to deal with: a bow that you can shoot, and a shield that protects against hostile spirits. One section of the game changes things up even more dramatically, sitting you on the back of a great bird to soar through the sky and dodge obstacles along the way. Squeezing all this into a game that runs for an hour or two at most, you can’t say that The Mooseman ever gets stagnant. 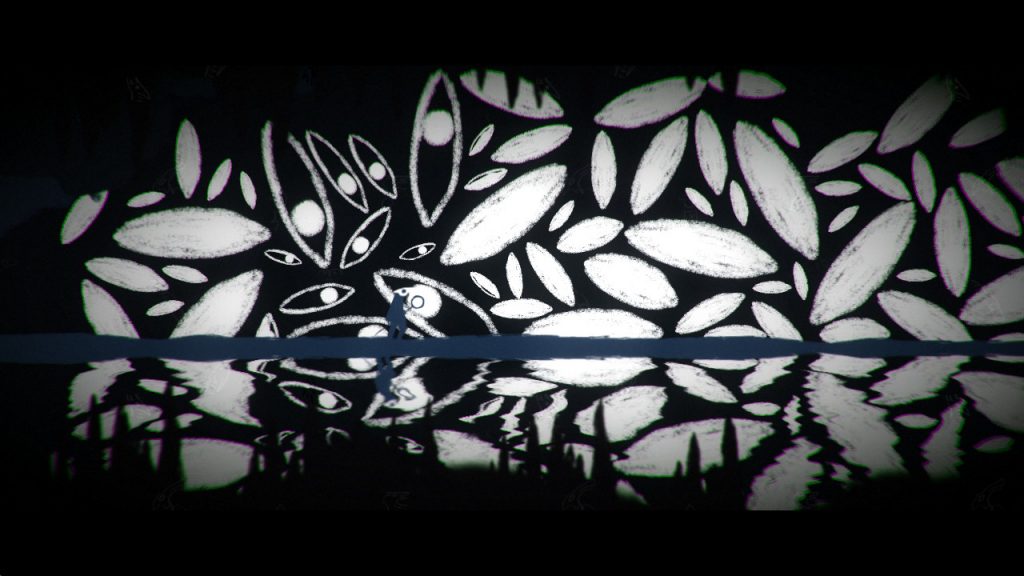 As you play through, you’re also treated to the folkloric tales that underpin the Perm animal style. They tell of the creation of the three worlds at Yen’s hand, and the journey that the dead take along the Final Road. They tell of Osh the Bear, the silent guardian of the Underworld, and the merkyv spirits that live throughout the forests. They’re brief snippets, no more than a couple of sentences each, but they come together with the rest of the game to paint a gorgeous picture of a little-known folkloric tradition.

I wouldn’t claim to be anything close to an expert on Finno-Ugric cultures, but even from my limited perspective, it’s clear how much research and effort has gone into the creation of The Mooseman. The motifs painting each environment throughout the game closely match artifacts of the Perm animal style, and collectibles scattered throughout the game share more information about the history and cultures of the komi-permians, komi-zyrians, mansi, and saamic people.

Indeed, developers Vladimir Beletsky and Mikhail Shvachko are both from Perm, a city in Russia that is the home of komi-permian culture, and they conducted extensive research with museums and experts in Perm animal style. They engaged the Perm Regional College of Arts and Culture to record parts of the soundtrack, which is inspired by komi folk music, and the game is narrated in komi-permian language by a native speaker. 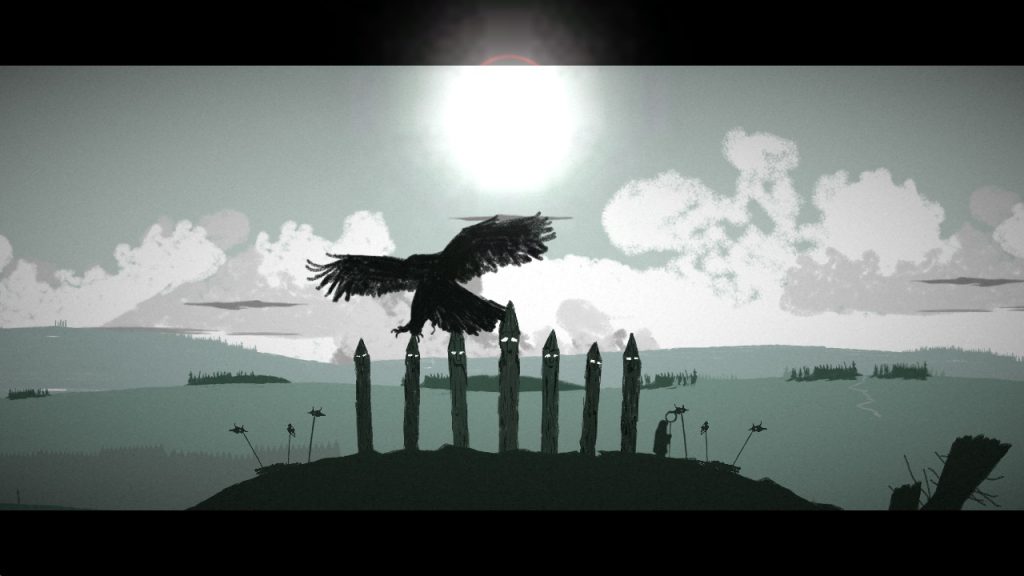 That’s what makes The Mooseman so fascinating. It’s a window into a slice of culture, history, and mythology that few would even know exists, and any game that can draw attention to those things deserves a look.