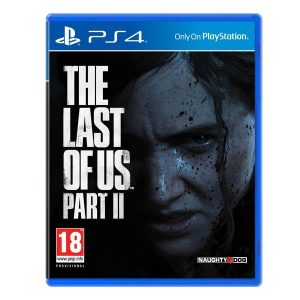 Buy The Last of Us Part II from nzgameshop.com [affiliate link]

In the couple of years since its announcement, there’s been a lot said about the violence in The Last of Us Part II. I know I’ve been critical of the graphic depictions of torture that were used to market it, but at the other end of the scale, there’s been plenty of commentary about the importance of violence to the themes that the game tries to explore. Indeed, the core message is that violence begets violence, and that nothing good can come from an obsessive desire for revenge.

And yet, just a few hours in, I found myself barely even noticing the violence I was seeing and doing, let alone caring about it. Violence is so abundant  in The Last of Us Part II, and so much of it tied to the abstraction of “game mechanics”, that any impact it might have had is soon lost. It’s so heavy-handed, right out the gate, that the point that it’s trying to make gets drowned out.

That really sums up The Last of Us Part II‘s approach to everything. It’s a game that’s very concerned with telling you what it wants you to feel, but without the nuance and effort to actually invoke those feelings. It’s a game where you’ll shoot and stab your way through dozens of people at a time—people who are trying to kill you—and it’s assumed that having those people call each other by first names will be enough to humanise them, to make them feel like anything more than pieces of a game who exist solely to be an obstacle for you.

It’s a game that frequently checks off Emotional Reaction Boxes™—have an otherwise hard-ass character play fetch with a dog to show their softer side! Manufacture some drama so that a couple can have an argument, then make up! Kill off a minor character in a seemingly random fashion to show how cruel this world is!—but struggles to lay the groundwork that would give these moments the weight they need to work.

The frustrating thing is that there are a lot of good ideas in The Last of Us Part II. The self-destructive nature of vengeance is a bold, noteworthy theme, and one that fits perfectly into the bleak world that this series depicts. It builds on the ending of the first game in a way that I didn’t really think could work—for me, the ambiguity around Ellie’s response to Joel’s lie in the final moments of The Last of Us was one of the that game’s strongest moments, but Part II does a good job of using the fallout from that to develop both their characters. It touches on things like tribalism and community, and how closely linked they can sometimes be.

When the game gives itself time to breathe, it finds glimpses of genuine humanity and depth. The relationship between Ellie and Dina is a rare depiction of queer identity that leaves no room for denial, but doesn’t come across as tokenistic. This is most apparent in those few quiet moments where they get to just be girlfriends, with Part II‘s obsession with violence and revenge is given the back seat. There’s one particular story arc in the latter part of the game that is a welcome hopeful reprieve from an endlessly oppressive world, precisely because of the care and restraint it shows. If only the whole game was like that—restrained—the point it’s trying so hard to make would be so much more powerful.

The Last of Us Part II sits in a weird sort of limbo where it’s clearly trying to break away from the idea that games need to be “fun” to be compelling and worthwhile, but is still beholden to all the trends of making a third-person action game. The result is a game that has moments of excitement, and even “fun”, but that is often stressful to play—deliberately so, but not in a way that really serves the theme particularly well.

At its core, it’s a stealth game with a focus on resource scarcity. With that comes a lot of sneaking around in long grass, trying to use the complexities of the level design to give yourself the upper hand, and making creative use of the tools at your disposal to separate enemies and silently take them out one by one. Dogs add another layer to this, when they start showing up: they can detect you by smell, making them hard to sneak up on; they can track your scent, necessitating near constant movement when they’re on the hunt; and they’re always accompanied by a handler, making it troublesome to take down either one of them without the other catching you out right away.

Open gunplay can work, but limited ammo, destructible cover, and the time it takes to bandage yourself up make that an option of last resort. Ghosting your way through a whole squad of heavily-armed enemies can be a tense experience when you’re well-equipped, let alone when you’re doing it knowing you have no ammo or health packs to fall back on if things go to shit.

But The Last of Us Part II also a game that innovates on “hide in long grass by crouching” with “hide in short grass by lying down”; that’ll drop you into an area full of conveniently-placed waist-high objects for a shootout; that just happens to let you find a flamethrower right before you fight a new enemy that is particularly susceptible to fire. In other words, it’s never able to mask the fact that this is still a game, and all these different mechanics are simply that—mechanics for you to explore and exploit, rather than fragments of a believable, organic world.

What you’re left with, then, is a game that has moments of brilliance when everything comes together, but too often becomes a tedious endeavour—deliberately not “fun” in service of theme, but undermined by its own overt “videogame-ness”, and in service of a theme that the narrative struggles to make convincing in the first place.

One area where The Last of Us Part II excels in a way that few other big-budget games these days do is in its conciseness. That isn’t to say it’s a short game—expect a good 20 hours on a first playthrough, give or take—but that it has no interest in needlessly padding itself out. When the plot needs Ellie to take a weeks-long horseback journey from Wyoming to Seattle, it’s happy to just cut from A to B instead of making you aimlessly undertake the trek for the sake of “immersion”. There are plenty of collectibles to find, but there’s no endlessly chasing icons on a map or working through a never-ending to-do list. Even when the game flirts with a more open touch in some of its level design—there’s a big area of downtown Seattle you can freely roam, for instance—it exists more to convey and state of the world, rather than to overwhelm you with things to do.

Indeed, world-building in general is something The Last of Us Part II does exceptionally well. The vision of a post-apocalyptic world in the process of being reclaimed by nature is far from unique these days, but Part II is one of the most convincing takes on that I’ve seen. Compared to The Last of Us, there’s a lot more verticality built into the level design this time around that, aside from opening the door to Naughty Dog’s trademark vistas, really drives home the scale of the city, of the destruction, and of nature’s ability to take the world back.

But perhaps The Last of Us Part II‘s most significant achievement is in its accessibility settings, which are comprehensive even by the standards that Sony’s been setting with games like Spider-Man. We’re talking fully remappable controls (as well as a wide variety of presets), subtitle customisations all the way down to an indicator to show you which direction a voice is coming from, a text-to-speech function for in-game text, a screen magnifier, motion sickness aids, audio cues, and plenty more. The options are so extensive that they’re broken down into numerous different sub-menus, and there are also a few accessibility presets with recommended settings for players who are blind or have low vision, deaf or hard of hearing, or have a physical or mobility disability. Sony’s push for accessibility in its first-party games in recent years has been huge, and The Last of Us Part II sets a very high new bar for that.

If only the game itself was able to reach the same level of excellence. There are plenty of good ideas at play, and moments of true brilliance, but they’re squandered by an approach to the core themes that’s so heavy-handed that it undermines the very message it’s trying to convey. The idea of self-perpetuating cycles of violence and the cost of obsessively seeking revenge are significant, important themes—but they’re themes that require subtlety and nuance to do justice, and The Last of Us Part II just doesn’t have that.

The Last of Us Part II is developed by Naughty Dog and published by Sony Interactive Entertainment. It comes out 19 June 2020 for PlayStation 4.