Street Fighter 30th Anniversary Collection is, as you might have guessed, a compilation that’s squarely aimed at fans of Capcom’s iconic fighting game series. It brings arcade-perfect ports of all the early Street Fighter games to current consoles, with online play for the most popular ones and an interesting museum mode. But a lack of bells and whistles that have become standard in the fighting genre means that people who aren’t tournament players or diehard Street Fighter fans won’t find much to hold their interest.

Each of these is a direct port of its arcade version, presumably running through some sort of proprietary emulator. That means each game is identical to its arcade counterpart. For people who care for such things, you can be sure that there aren’t any minor differences in things like animation timing, sprite sizes, and the like—things that were common in home console versions back in the day, often rendering those versions inferior in the eyes of competitive players. The trade off is that you’re limited to game modes that were present in the arcade originals—arcade mode and versus—but you’re getting as authentic a slice of Street Fighter history as possible. 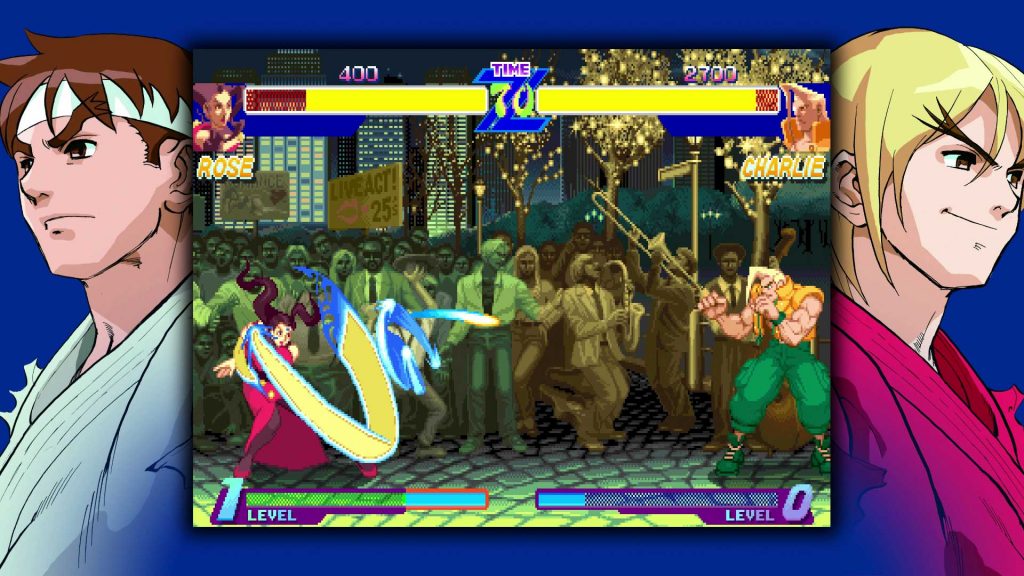 That said, a UI overlay adds a few convenient features. You can access character move lists on the fly, and change game-specific options through a simple menu, rather than the somewhat tedious “Test Menu” built for arcade operators. You can also save the game at any point, and load that exact frame—something that comes in incredibly handy if you’re trying to fight secret bosses like Akuma in Super Turbo, where you need to meet very specific conditions, usually without using any continues.

Online modes are mostly as you’d expect: ranked matches, casual matches, and lobbies. A nice touch with lobbies is that you can select multiple games for one lobby, then at the start of each match, each player votes on the game they want to play. If they pick the same, that’s the game you play, otherwise, it’s chosen randomly from the two options. It’s nice to be able to switch between games within a lobby like that. 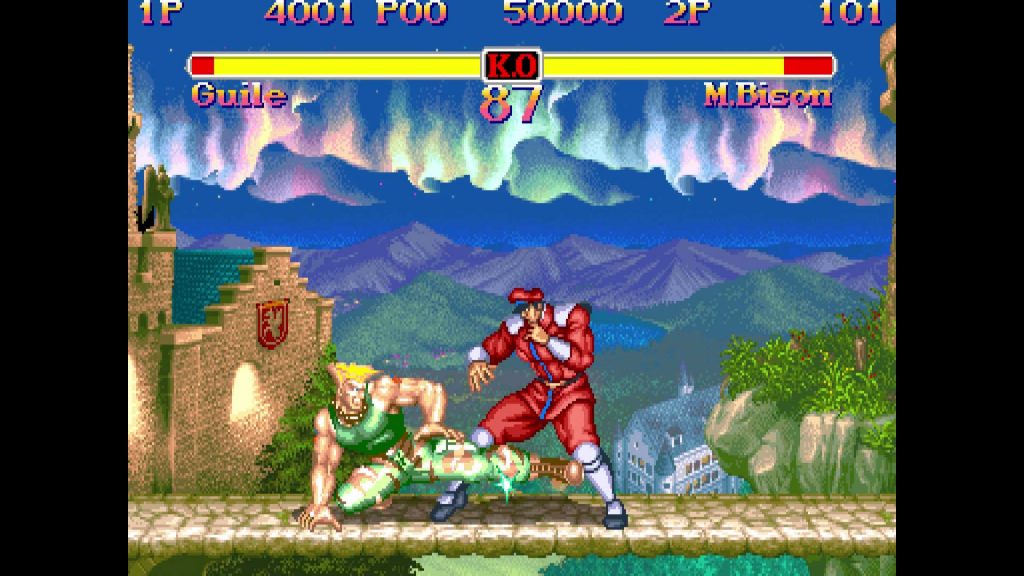 There’s also an online arcade mode, which works like playing Street Fighter V with Fight Request turned on. You play through a singleplayer arcade mode of your chosen game, but at any point, you can be challenged to a ranked match by another player (as you would if you were playing in an arcade). You can even choose the frequency of challenges, lest you get inundated with fight requests and never get to clear a round between them.

Training mode includes all the usual options for dummy settings, damage and input displays, health and super recovery, and so on. Considering that such options weren’t present in the original arcade code that the Anniversary Collection emulates, it’s impressive that Capcom’s been able to build that in, and it makes the limitation to just the four most popular games make sense. If there’s any game you want a practice mode for, it’s one that you’re going to be playing online.

That’s the extent of the different modes of play in Street Fighter 30th Anniversary Collection. There are no story modes, no combo trials, no tutorials, no challenge modes, or any other such things that are common in modern fighters. This is a game for fighting game purists, and if you’re not content with arcade mode as your only singleplayer game mode, you’re going to quickly grow tired of this collection. On the other hand, for people who happy with a no-frills arcade experience, the games included are an excellent collection. Street Fighter is admittedly dated, both in look and in somewhat unwieldy controls, but there’s a certain nostalgic and historic appeal to playing it. The Street Fighter II games also show their age, but they play as well as ever—as evidenced by the fact that there’s still a competitive scene for it today. The Street Fighter Alpha and Street Fighter III games are the highlights of the package: their pixel-art visuals are timeless, the characters are varied and creative, and the game systems deep.

(Although, I have to say, I’m disappointed by the lack of Super Gem Fighter Mini Mix. I know it’s not part of the main series, but it’s worthy of a spot all the same.)

If the games themselves aren’t nostalgic enough, museum mode has an extensive repository of Street Fighter history. There are hundreds of piece of artwork—many familiar, but some I’ve never seen before—scans of design documents, and plenty of trivia about the series. A lot of this will be familiar to most Street Fighter fans, but the rare art and documents are a treat. 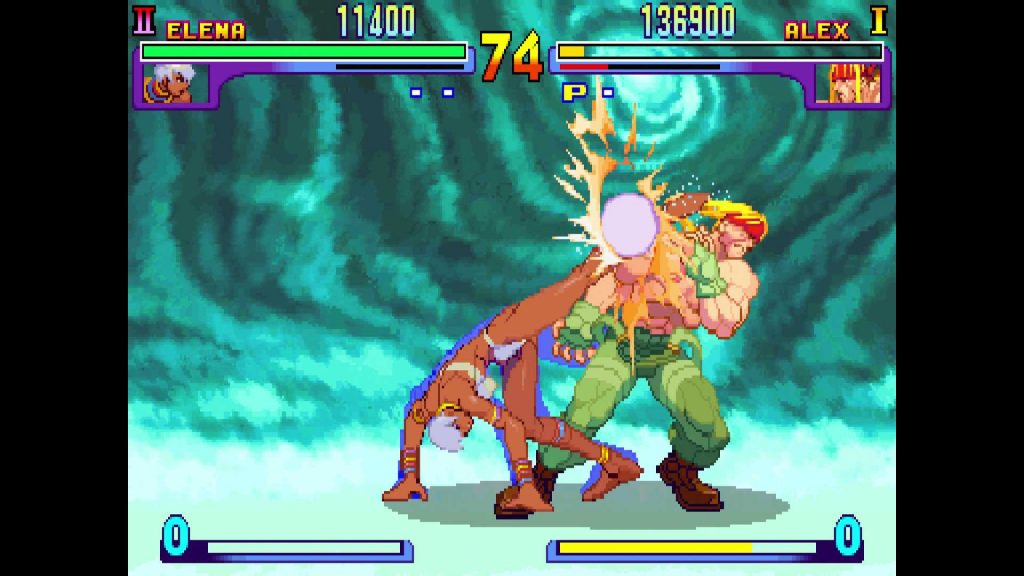 Between the arcade-perfect classic games and the rich museum mode, Street Fighter 30th Anniversary Collection is a compilation that’ll have a lot of appeal to game historians and Street Fighter‘s biggest fans. There’s not much to offer for the more casual audience, but if you want to return to the arcade glory days, this has you covered.