There was a time when Soulcalibur was my favourite fighting game series of all time. Soulcalibur II, in particular, stands out as one of the highlights of my early PlayStation 2 days, and it’s a game that still holds up today. In the years since, though, the franchise fell to the wayside. I know I played Soulcalibur III a lot, but I have no particularly fond memories of it—it was just a game that I played until I didn’t play it anymore. I dabbled briefly in Soulcalibur IV,but quickly lost interest, and I played only a couple of rounds of Soulcalibur V at a friend’s house before writing it off.

I’m not unique in any of this. Indeed, just about everyone I’ve spoken to in recent weeks shared similar stories: they loved II, but then saw a slow, ambling fall from grace for Soulcalibur in the years since. I don’t think many expected (or even wanted) a new game, except maybe PlayStation 4 and/or Switch ports of Soulcalibur II HD Online.

We got one anyway, and I’m glad we did. Quite simply, Soulcalibur VI is the best game in the series since those lofty heights of II, and the best new fighting game in a year that’s been chock full of them. It’s got the expansive single-player modes that the series was known for before they got neutered in later entries, and a deeper character customisation tool than ever. The combat system is relatively approachable, but without sacrificing competitive viability. The online framework is surprisingly robust, and the roster is carefully chosen and well-balanced. 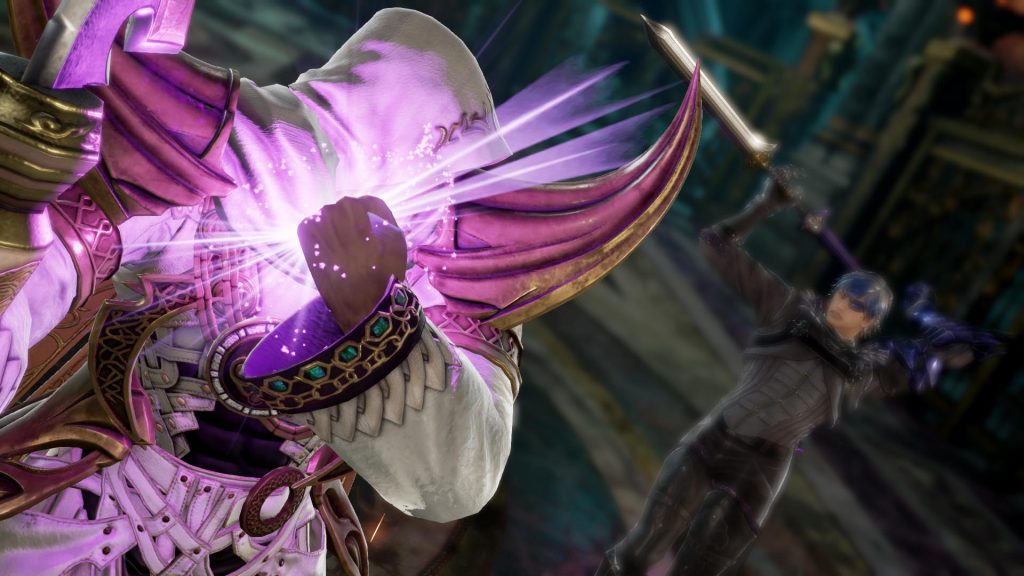 That last point is the big one, because, for me, the roster is the thing that can make or break a fighting game. The bulk of the cast is made up of returning favourites like Mitsurugi, Taki, Sophitia, and Seong Mi-na, but rather than bloat the roster out of fear of leaving anyone out, the developers made sure to canvas a wide range of character archetypes and fighting styles while keeping things to a concise 20-odd fighters. Sure, that means that some personal favourites (Setsuka) don’t make the cut, but that’s a fine sacrifice for a roster that gives everyone room to shine.

There are a couple of newcomers, but they fit in nicely and bring genuinely new ideas into the fray. Azwel’s ability to summon a variety of weapons out of thin air give in an unorthodox combat style that’s difficult to react to. Groh, with his double-bladed sword that can split into two, can adapt well to different situations and fight effectively both at long and close ranges. Geralt—a guest character from The Witcher—runs an aggressive offence, but stands apart from the likes of Taki and Raphael thanks to his magic signs.

Being a fighting game, combat is at the core of Soulcalibur VI, and it’s about as satisfying as 3D fighters get. With its focus on weapons that are often comically large, range plays a much bigger role than it does in something like Tekken. Whether you’re playing a close-up fighter like Sophitia or a long-range one like Kilik, you’ll inevitably end up using the full space of the arena. 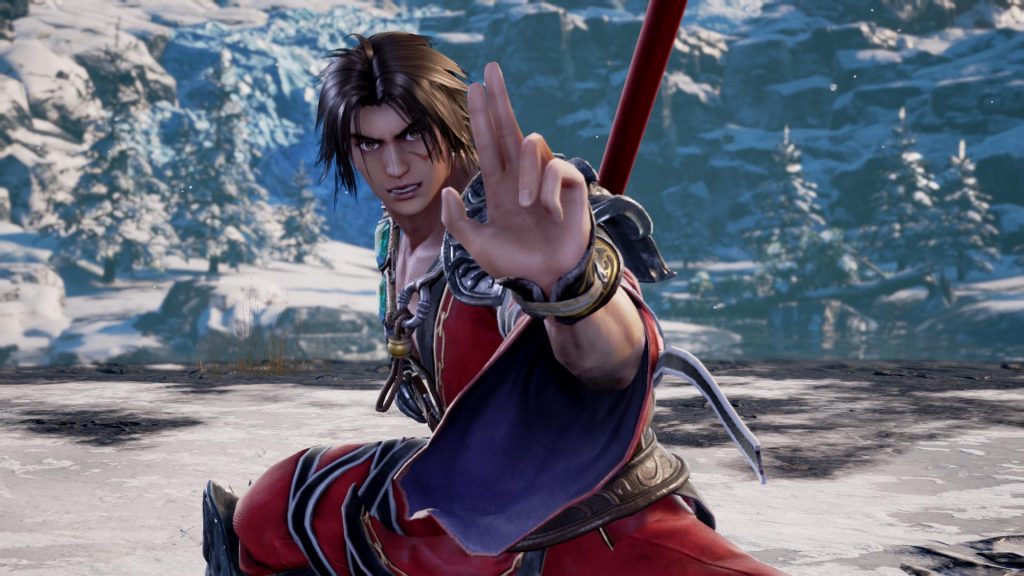 Similarly, there’s more emphasis in well-timed single attacks than fishing for a big juggle combo. You can pull out combos when there’s a big opening, but even then, you’re generally looking at just a few hits (but still a big chunk of damage). In general, that isn’t going to be an option, so the focus is put squarely on “footsies”—the back-and-forth between players as the fight for space and try to find openings in their opponent’s defence.

The new Reversal Edge mechanic puts that squarely at front and centre. When used, a Reversal Edge attack puts the character into a stance where they parry almost any attack thrown their way, before unleashing a powerful strike. If it hits, it does big damage, and also initiates a sort of rock-paper-scissors game. The action goes into slow-motion as both fighters charge forward, and each player has a few moments to enter one attack. Vertical slash beats horizontal, horizontal beats kick, and kick beats vertical, and whoever wins gets a big opening to press their advantage. (You can also do things like block or dodge, which add extra wrinkles to the usual attack triangle)

The thing is, the Reversal Edge mini-game isn’t all that different from the sorts of decisions that players make all the time on the fly. One attack will naturally beat another but leave you open to something else; this is the cornerstone of the mind-games that make fighting games tick. But Reversal Edge, with its slow motion, cinematic presentation and clearly defined attack triangles, puts those mind-games—which can often get lost amid the action—squarely on display. 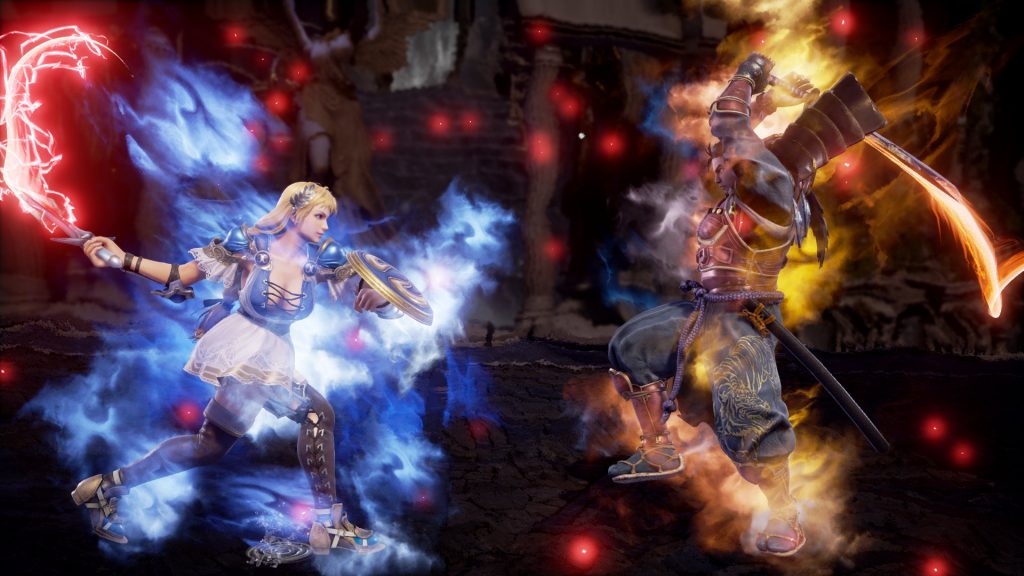 This focus on footsies and mind-games part of what makes Soulcalibur VI more approachable than, say, Tekken, where mastering complex combos is pretty much a necessity for playing at even a vaguely competitive level (as well as extensive character knowledge and godlike reactions). Soulcalibur VI still demands character knowledge, but that’s gained from playing, and without need to spend hours in training mode first, you can just jump into online mode and play.

Online play itself is surprisingly robust. Split-second timing and reactions are part and parcel of fighting games, so even a little bit of lag can render a game unplayable, but almost all my matches in Soulcalibur VI have been buttery smooth—despite being stuck on relatively slow internet. Finding opponents with good connection quality never takes long, and players as far as America and Europe are often included in that group. When there are lag spikes, they tend to be brief and have minimal impact. I almost never play fighting games online precisely because of how unreliable network play tends to be, but I find myself playing this one online almost daily.

My one gripe with network mode, though, is the lack of filters for player skill. You can limit your search parameters by connection quality or region, but you can’t, say, limit matchmaking to players of a similar level. You might find yourself up against someone much, much stronger than you, or much, much weaker—neither of which is particularly fun. 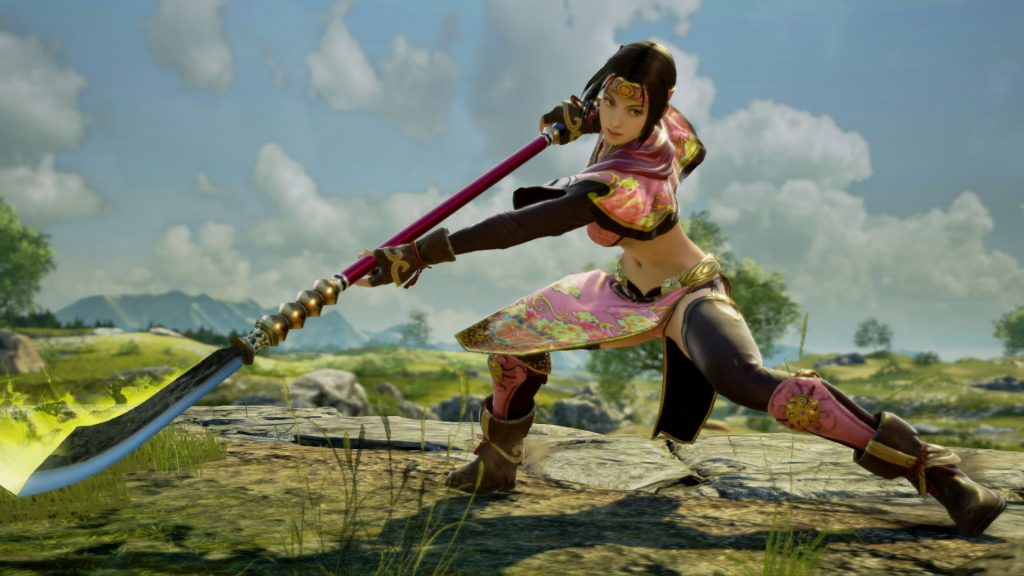 But one of the beautiful things about Soulcalibur VI is that even if you have no interest in the competitive side of the game, it has plenty to offer. There’s the usual Arcade Mode, a Training Mode, and a Museum in which you can view artwork and read character profiles. But there are also two different story modes, each of which feels like a whole game of its own.

Soul Chronicle is a more “traditional” story mode, retelling the events of the first Soulcalibur from fresh perspectives, through visual novel-style story segments interspersed with battles. The “main” story centres primarily on Kilik, Xianghua, Maxi and their efforts to destroy the evil sword Soul Edge, and each character also gets their own series of episodes, with a timeline to show you how everything ties together.

The second story mode is Libra of Soul, which is an RPG-esque mode akin to Soulcalibur III‘s Chronicles of the Sword mode. You create your own character and then take them through a journey across the world, intersecting with the events of the main story at times, but mostly covering events happening in the sidelines. As you play, you level up your character, collect new items, and have plenty of opportunity to undertake a variety of side quests. 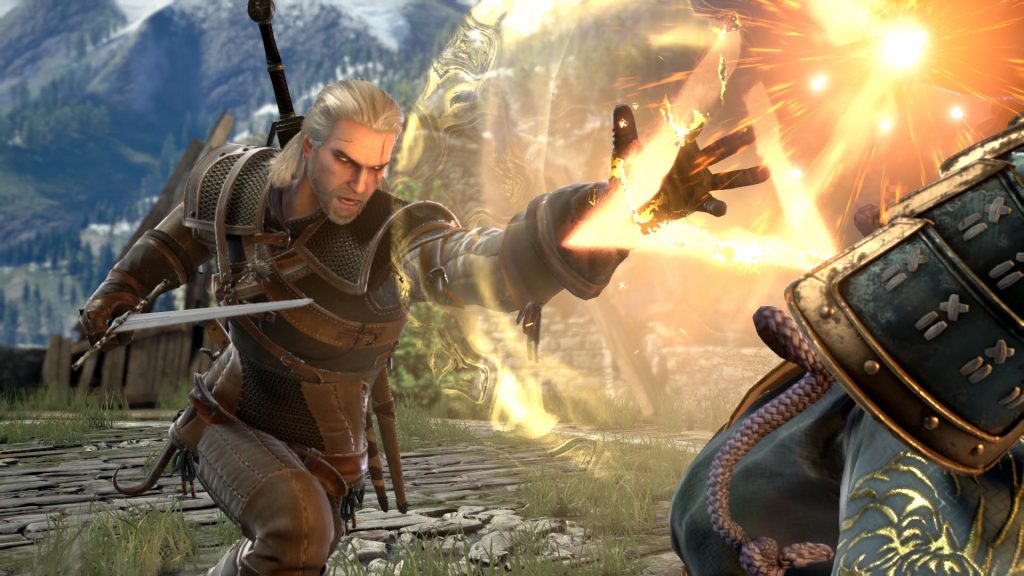 In either mode, the story is classic Soulcalibur: a 16th century fantasy centered around two legendary swords, Soul Edge and Soul Calibur, and the conflicts that arise as powerful fighters from across the globe are drawn to them. It’s a grand epic peppered with colourful characters, and what it lacks in-depth it makes up for in pure entertainment value.

It might not quite reach the perfect balance of storytelling, character work, fighting, and RPG that Soulcalibur II‘s Weapon Master Mode, but it comes closer than I ever would have expected. And that, really, speaks to Soulcalibur VI as a whole: it may not unseat Soulcalibur II as the high point of the series, but it’s the best that this franchise has been in 16 years.

And, with NieR: Automata‘s 2B on the way as another guest character, it’s only going to get better.