“Avast me hearties, prepare to let loose the cannons!”

It’s been a few years since the Johnny Depp made pirates “cool” again, which means it’s about time for a mainstream revival.

Sea of Thieves first popped up on my radar after a bunch of Twitch streamers began playing it, and given the blast they seemed to have, it immediately piqued my interest.  An “open-world” sailing adventure where you get to plunder treasure, battle other players both on land and at sea, and prioritised having a jolly good time was in my eyes a welcome return from Rare. Rare has a long and storied history but their logo is etched in my memory as being behind some of my favourite childhood games: Goldeneye, Banjo-Kazooie and Perfect Dark. After an ill-fated venture into Kinect games, Sea of Thieves is actually the first game Rare has developed and released since 2015.

Sea of Thieves certainly has a lot of potential behind it, with some great foundations to build upon and evolve, which the dev team says is the intent.  The core mechanic—sailing—is simplified but has a lot of work behind it. There is a role for all on board: trimming and turning the sails, steering the ship, navigating, shooting, repairing the ship and all they require clear communication (my favourite role is playing the accordion to keep the spirits of my crew-members high).

Sailing takes up a lot of your time in-game, and Sea of Thieves has nailed it as an enjoyable experience. You can use a full four-man Galleon crew to navigate the open ocean, but equally, if three members of the crew want to play around, or go AFK to do real-world things, you can still make it to your destination with just one active crewmember.

This is just one way in which Sea of Thieves emphasises working together, which means it has almost done the unthinkable in an online game in today’s world: in the few days since it has been released, I’m yet to be part of a four-person crew in which at least three people haven’t been using their microphones, and have never had any of my crew-mates subject myself or others to abuse over perceived mistakes. It really emphasises positive, collaborative gameplay.

However, while there are several positives, the overall gameplay experience is very underwhelming due to a lack of content and a lack of variety.

At this stage, Sea of Thieves is just a bunch of fetch missions for different factions. Go collect this animal, go find this buried chest, go deal with this bad guy. You do these missions, return to an outpost, and collect your reward. Your rewards can be exchanged, mostly for cosmetic upgrades, and then you can set sail again. 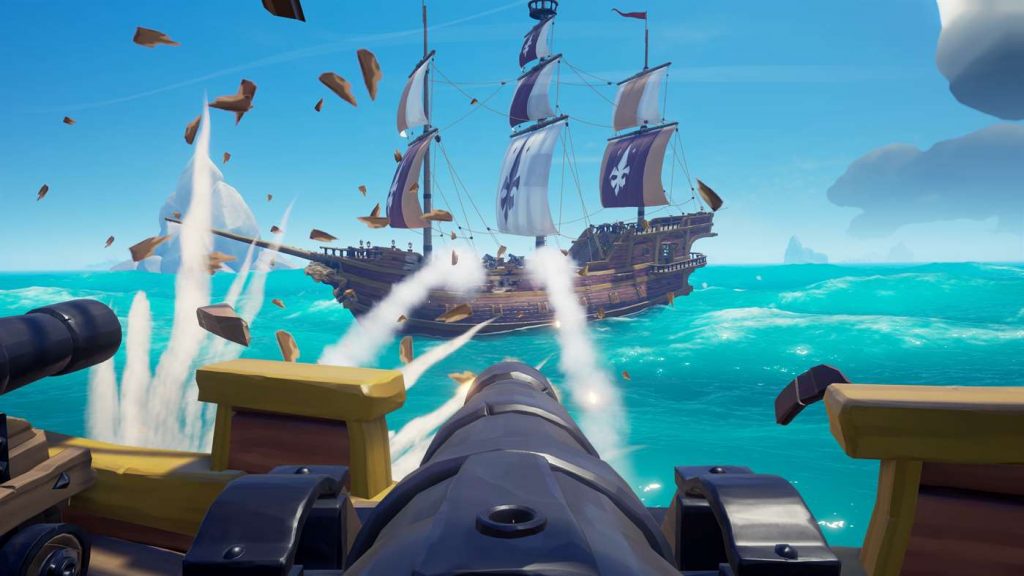 On my first voyage, after being given a run-through by a helpful crew member on what to do—there doesn’t seem to be any sort of in-game tutorial, or if there is, I couldn’t figure out how to access it—and introduced to each faction, we set off to our first destination to collect some chickens. On the way there our ship ground to a halt and we were attacked by the Kraken, an in-game mini-event which had a lot of people excited before the game came out.

It was a hectic experience, but also somewhat meaningless. I was plucked off the boat by one tentacle and held suspended for several seconds before being dropped into the ocean. Then plucked out of the ocean and dropped again. This went on and on until my crew eventually killed the Kraken. It was somewhat one-dimensional, but it was also an awesome first experience of the game and I thought it’d be like this the whole way through. Unfortunately not.

Parallels are being drawn everywhere between Sea of Thieves and No Man’s Sky, in terms of both the open world experience and the lack of content. No Man’s Sky was rightly eviscerated at launch, but the dev team has continued to build content for it, and while the bulk of the audience (myself included) will never return, those who stuck with the game seem to be somewhat happy with where it has ended up. 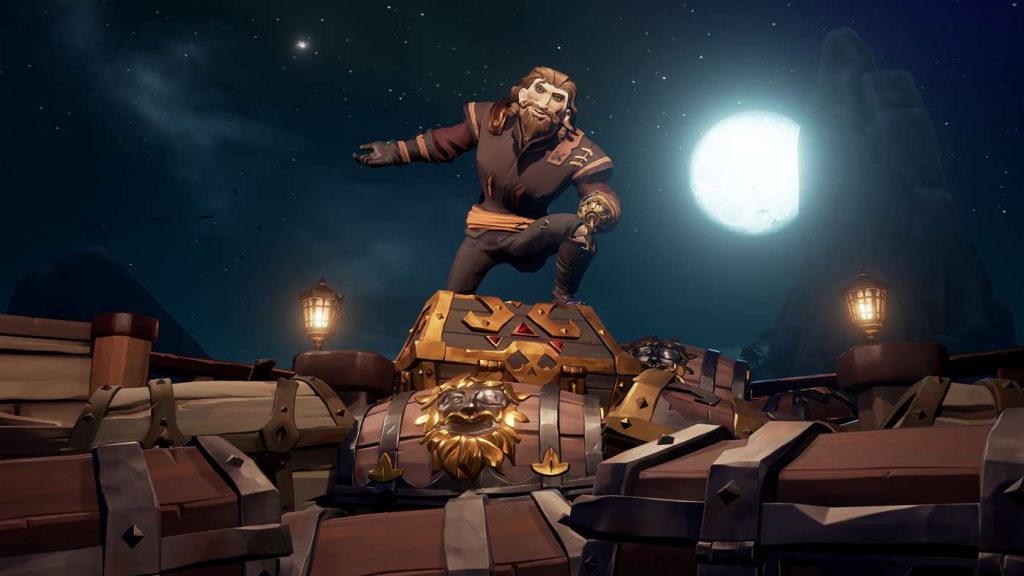 Sea of Thieves is potentially following that same model. While one could argue what they are doing is no different to expansions in shooters like Battlefield and Call of Duty, or adding new fighters in Street Fighter, there are several key differences. Those games usually indicate what DLC is on the immediate horizon at launch, and bring it out quite quickly afterward, and the content they add is basically an aesthetic change.

Sea of Thieves’ promises feel worryingly open-ended. The team behind the game promises they will evolve the game, but hasn’t given any indication of what this entails or when it will happen. Will it be another faction added, with yet more fetch missions? Will it mean a more storyline-like experience for crews? Will it mean faction-based battles between players? Will it mean different mission types? None of this has been indicated, nor any timelines about when they expect to deliver new content. There is no point bringing out content in a few months, when the game is struggling to keep players interested days after its initial release.

Underpinning all of this is the way gamers access it. One of the great things Sea of Thieves has done has been a “free” launch on Xbox Game Pass, a subscription-based service to access games. Until now the content has been somewhat limited to games well past their original release, but Sea of Thieves is included from day one for subscribers. For gamers like me who have accessed it this way it doesn’t really feel like a net loss to have a shallow (pardon the pun) game. But there are consumers who have paid $110 (NZD) at retailers for this title, who will probably feel very let down by what they’ve been presented with. 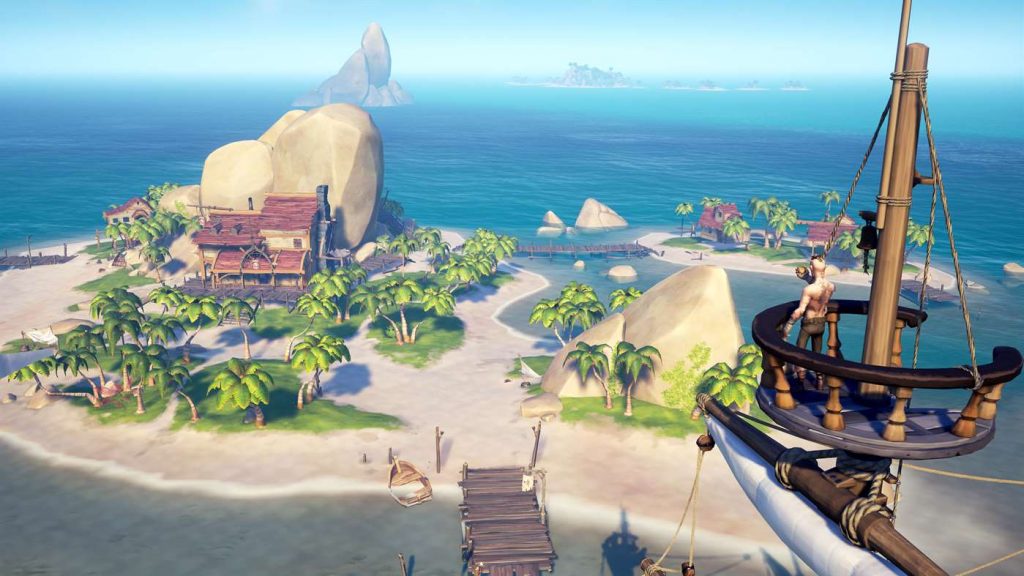 With no real progression system, no real reward for engaging with other players, no real variety in missions, there’s little to keep players coming back other than fun experiences with friends. Hopefully the team behind an incredibly promising game will flesh it out very swiftly before the crowd moves on.

Sea of Thieves is developed by Rare and published by Microsoft. It’s available now on Xbox One and Windows 10.