At a glance, Pokemon: Let’s Go looks like a very different take on Pokemon. The removal of random encounters and a new catching system based on Pokemon GO have been a source of skepticism for many, to the point of widespread review bombing at online retailers. (That hasn’t dented the games’ week-one sales, though.) But Pokemon: Let’s Go is still the same old Pokemon, just with 20 years of feature creep stripped back. It’s not different so much as streamlined, and it’s a refreshing new direction for the series to go.

Let’s deal with the big one first: the removal of random encounters is one of the best things to happen to Pokemon, ever. High encounter rates, low escape chances, and some particularly annoying enemies have long made Pokemon‘s random encounters some of the most tedious. Recent games have made improved things somewhat, but until now, none have really addressed the fundamental frustrations.

Without random encounters, you can freely walk through Mount Moon without getting attacked by a Zubat every few steps. You can surf the Seafoam Islands without the constant onslaught from Tentacools. A patch of unavoidable long grass when you’re just trying to get from A to B no longer comes with the mix of apprehension and frustration every time the transition to battle screen pops up. It’s refreshing, to say the least. 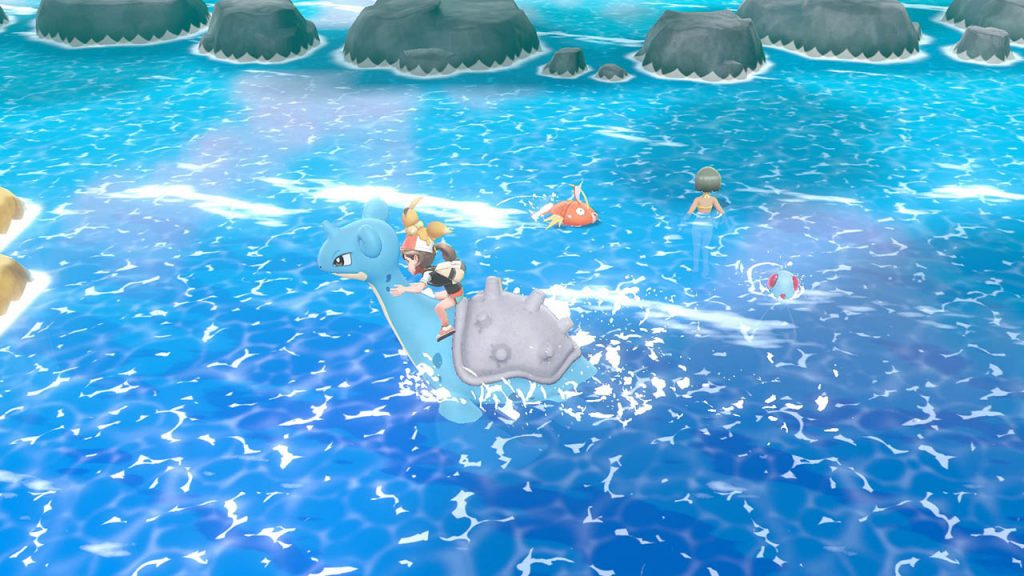 Instead of those random encounters, Pokemon freely roam the map, for you to avoid or engage as you choose. When you tag one, the catching mini-game begins, and this is where the most controversial change in Pokemon: Let’s Go lies: there’s no battle, and no game of trying to weaken the Pokemon in order to make it easier to catch. Instead, there’s a little game of throwing pokeballs at the target, with a more accurate throw giving you a greater chance of success.

(For those who, like me, were concerned about forced motion controls: don’t worry. In handheld mode, you can play entirely with buttons and joysticks, and the optional motion controls in handheld are limited to very slightly tilting the screen different ways. TV mode is motion only, though.)

It’s a system that works well, not least of all because each Pokemon has its own unique quirks that you have to account for when you throw your ball. Weak, unaggressive monsters like Rattata and Pidgey tend to just sit there, making it relatively easy to line up a perfect throw; others will bounce around, dart from side to side, and swat away any ill-timed throws. There’s always a pattern, though, and learning to read and react to each Pokemon’s movements is a key to success. I don’t think the actual process of catching a Pokemon has ever been as innately fun as it is in Pokemon: Let’s Go. 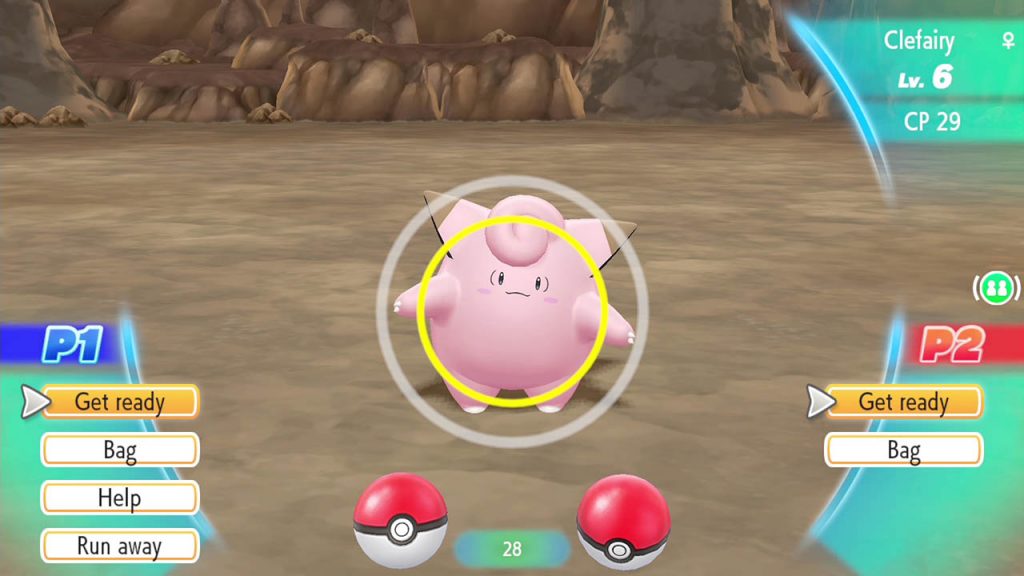 That said, I have some bones to pick with some aspects of the catching system’s implementation–chiefly, you’re role of luck. Pokemon games have always relied on that fickle beast known as random number generation (RNG), but with the proper set up, you could usually keep the RNG under control. For all but the most powerful or rare Pokemon, sufficiently lowering the target’s HP, applying a status effect, and using a suitable pokeball would lead to a successful capture most of the time.

Conversely, RNG seems to play a big role in Pokemon: Let’s Go. Even with the perfect setup—the best pokeballs available, a berry that increases catch chance, and an excellent throw—catch attempts fail often, and just haphazardly throwing whatever works far more often than you’d expect. The difference between the two extremes feels almost negligible, to the point that Let’s Go‘s catching feels less like a game of skill and more like a case of just throwing pokeballs until something sticks.

My other issue with it—and this is a carryover from Pokemon GO—is that the game is built around mass catching and disposing of Pokemon. Previously, you’d generally only catch one or two of a particular species; you’d build a bond with your chosen few critters, and there was a sort of low-key “take only what you need” environmentalism built in. In Pokemon: Let’s Go, catching Pokemon is your main source of experience points, so you’ll end up catching hundreds of the same creatures only to send them all away to Professor Oak for research purposes. If nothing else, it’s tedious to have to keep going into your box to clear out the “trash”.

But like I said, the actual catching mechanics themselves are a delight, and I can’t help but feel like this is a big step forward for the series as a whole. 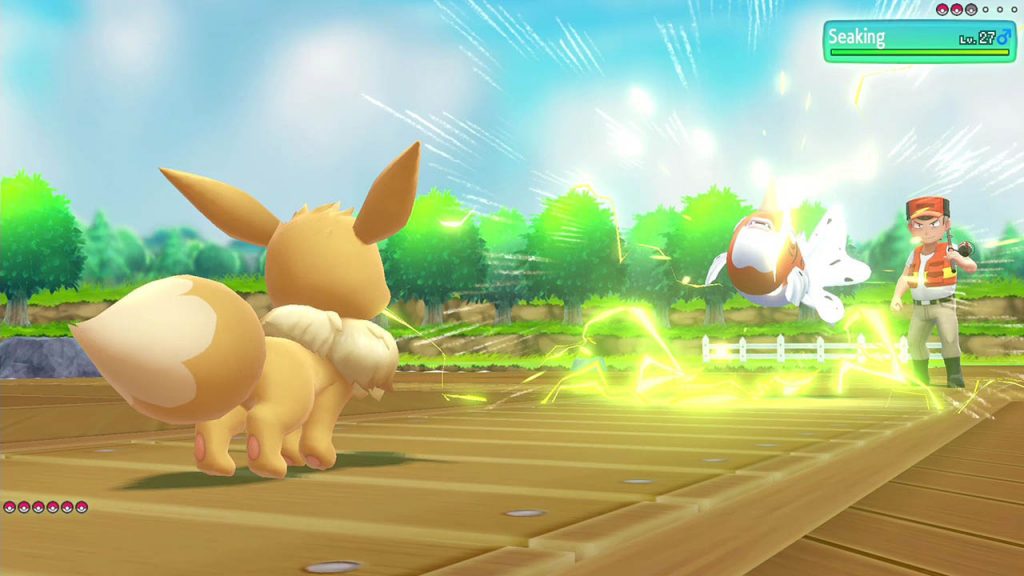 Other, smaller tweaks here and there streamline and simplify things—for the better. With a portable Pokemon Box tucked away in your bag, there’s no more trekking back to a Pokemon Center every time you want to change your party. With HMs replaced by your partner Pokemon’s (either Eevee or Pikachu, depending on which version you have) Secret Techniques, there’s no need to waste a spot in your party on an “HM slave” to cut trees and push boulders around. Even if you remove your partner from your battle line-up, they’re always with you in the field and ready to help out.

It’s easier now to figure out a Pokemon’s “Individual Values” or IVs—that is, each individual creature’s unique stat modifiers—and while getting a creature with perfect or near-perfect IVs still requires dedication, it’s no longer tied up in a needlessly complicated breeding system. “Effort Values” (EVs) have been replaced by “Awakening Values” (AVs), which have the same end result—improving a Pokemon’s stats—but instead of the complex EV training systems built into past games, it’s a simple case of using various candies to increase specific stats. Removing passive abilities and held items takes away a level of needless complexity from the battle system, while leaving just as much room for strategy as the original games did.

Poke Ball Plus
The Poke Ball Plus accessory manages to find a balance of being worthwhile without alienating players who choose not to get one. As a controller, it functions better than I’d have expected, and you can’t argue with the playful delight of throwing an “actual” Poke Ball to catch the monsters on your screen. It’s neat to be able to take it with you and bond with your Pokemon when you’re out and about, and the extra experience points and items you bring back with you are a nice touch. But at the same time, you don’t really lose anything; the Poke Ball Plus is currently the only way to get Mew in Pokemon: Let’s Go, but that’s more of a novelty than anything else and there’ll almost certainly be other chances to get the mythical cat down the line. 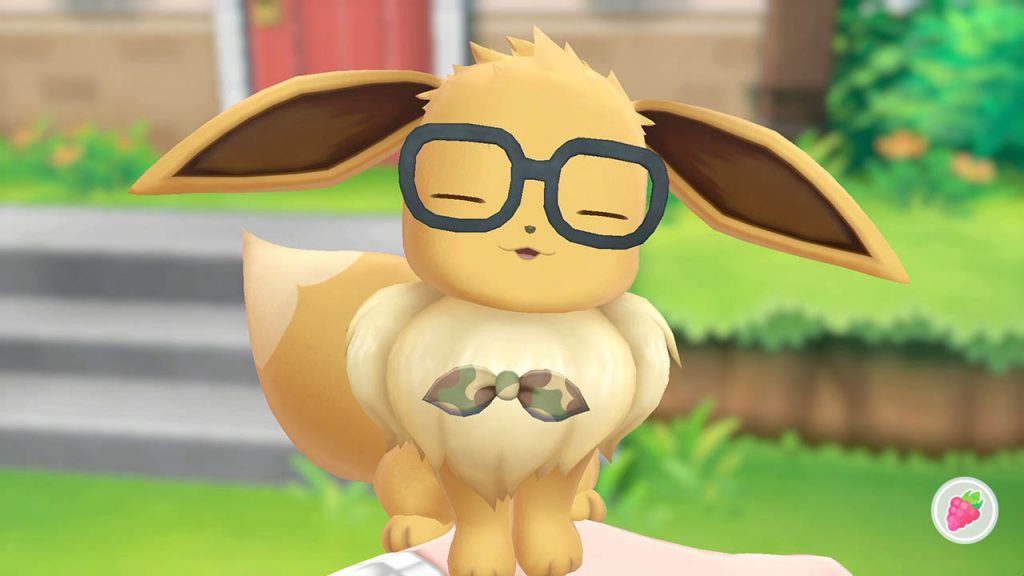 Beyond all that, Pokemon: Let’s Go is the same old Pokemon, and that’s a good thing. Being a remake of Pokemon Yellow (which was itself an updated version of the original Red and Blue versions), Let’s Go once again sees you travelling from Pallet Town across Kanto, collecting gym badges, battling Team Rocket, and eventually defeating the Elite Four. There’s more influence from the beloved anime series now, like appearances from Jessie and James, and plenty of Easter eggs for fans of the original games to enjoy.

Anyone unsure about the new direction for Pokemon: Let’s Go can rest assured. The changes are for the better, helping to modernise and streamline a classic set of games and allow the heart and soul of Pokemon to shine through more brightly than ever.