I stand by my belief that My Name is Mayo is a brilliant game. What most saw as a “boring” clicker game or something purely made to appease trophy hunters, I saw as a sublime work of Dadaist anti-art—a game that set out to pick apart the seams of what a game actually is, and did so in insightful, hilarious ways. Naturally, when I learnt that the developers had a new game on the way, my interest was piqued.

Related reading: my 5-star review of My Name is Mayo, published on DigitallyDownloaded.net (which still earns me accusations of being paid off, lol).

That game is Mr. Massagy, and it does not disappoint. It’s a lot more “gamey” than Mayo, which might hopefully appease some of that game’s for hostile critics, but it’s similarly driven by irreverent humour and a surrealist exploration of what makes games tick.

Mr. Massagy is set up as a simple dating sim. Playing as the faceless, musclebound “Mr. Massagy”—real name unknown—you swipe rough a Tinder-like app to find dates. Once you’ve got a match, you need to try to woo your new companion through dialogue options. Succeed, and you earn yourself a massage courtesy of the PS4 controller’s rumble function; do well with to get a three-star rating (the equivalent of a regular dating sim’s “true ending”), you can look forward to a particularly vigorous massage. However, it soon becomes clear that the people you meet with aren’t your typical dating sim women: there’s a ghost, there’s a cow who thinks she’s human, there’s a body pillow; the mayo jar from My Name is Mayo even makes an appearance. Depending on who you’re with, typical romantic gestures won’t get you very far—on a date a werewolf, you can look forward to learning how to chase squirrels, and getting eaten if you make the mistake of pretending to be a duck.

This is where Mr. Massagy plays its anti-game hand. Initially, you can generally rely on logic and common sense to pick the “right” answers that lead to the best results, but as the dates get weirder, success increasingly becomes the result of trial and error. Getting those three-star ratings basically comes down to picking the correct sequence of arbitrary (but very entertaining) dialogue choices. Fortunately, each date is only a few minutes long, so there isn’t a massive penalty for failing.

And you will fail. You will fail a lot. This repeated failure comes into focus in the final date—I’ll say no more than that, for the sake of spoilers. Even without that last encounter, though, the repeated failure and trial-and-error approach is crucial: through this, Mr. Massagy picks apart the “romance” mechanics that feature in a growing number of games, and highlights the absurdity of them. 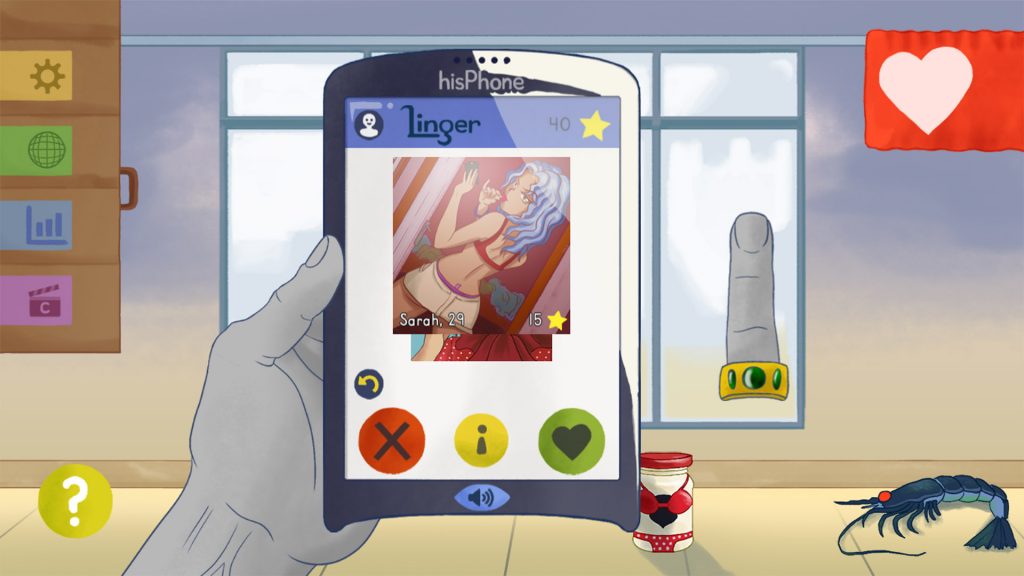 Don’t get me wrong—I enjoy dating sims, I love otome games, and I find the romance in the likes of Dragon Age and Fire Emblem the most interesting parts of those games, by far. But when you stop and think about it, the mechanics that drive such games are completely divorced from the reality that they’re supposed to depict.

Love isn’t a game that you win or lose—at least, not to anyone with a healthy outlook on love. Romance isn’t about making calculated decisions about what to say or do, and looking for the “right” answer, even if that’s not your true feeling. Relationships aren’t something where you can just reload a save and try again if you screw up.

With its bizarre sense of humour and deliberate trial-and-error nonsense, Mr. Massagy highlights how fundamentally absurd these games are. 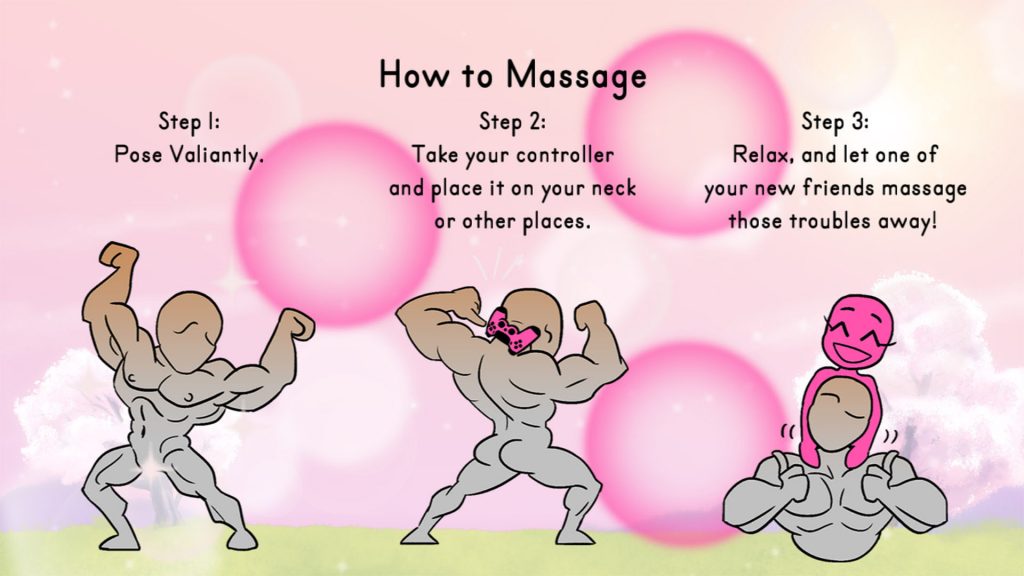 That makes for a hilarious parody of dating sims’ “good endings”—especially those of games aimed at an assumed straight male audience. You’ve got the romantic colours, the flushed faces, the porny music, the suggestion of eroticism, but all presented in a context that underlines the absurdity of it all. Few things are as odd and uncomfortable—insightfully so—as sitting there with a game controller pressed against your neck in an apparent simulation of sensual human contact.

So, where My Name is Mayo picked apart the very framework of games as a medium, by reducing it to the most basic form of interaction—pressing a button—Mr. Massagy swings at the foundations of a genre that’s been growing rapidly in recent years. But it does so with humour and style, so even as its tearing things down, it does so in a jovial, good-natured way. 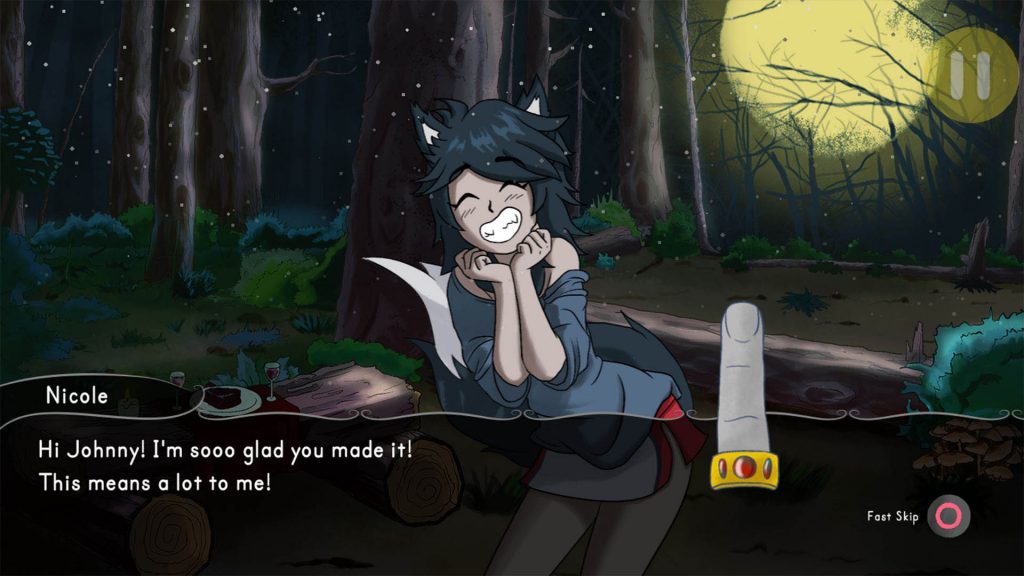 You could see Mr. Massagy as a scathing criticism of romance games, but I think it’s a celebration of the form, more than anything else. It’s an affectionate sort of satire; for all its nonsense, it’s also a reminder of just what makes these games enjoyable, absurd though they might be.