“Baseball is like church. Many attend, few understand.” – Leo “the lip” Durocher

I used to lump baseball in with cricket as a slow, ponderous game that took too long and was boring to watch. I was a fool. Every at-bat is filled with tension. Every inning could be a turning point in the game. Every pitch is a chess battle.

MLB The Show 18 captures this in every detail.

Every year Sony’s San Diego Studio puts out the best sports simulation, bar none. The atmosphere, the commentary, the gameplay all combine to create an exact replica of watching the sport as a fan, and most of the way to replicating the experience of a player.

The game has the usual modes that you’d expect from a sports simulation: single games, franchise, a single player career mode, and an online trading card game designed to bring in those extra dollars. 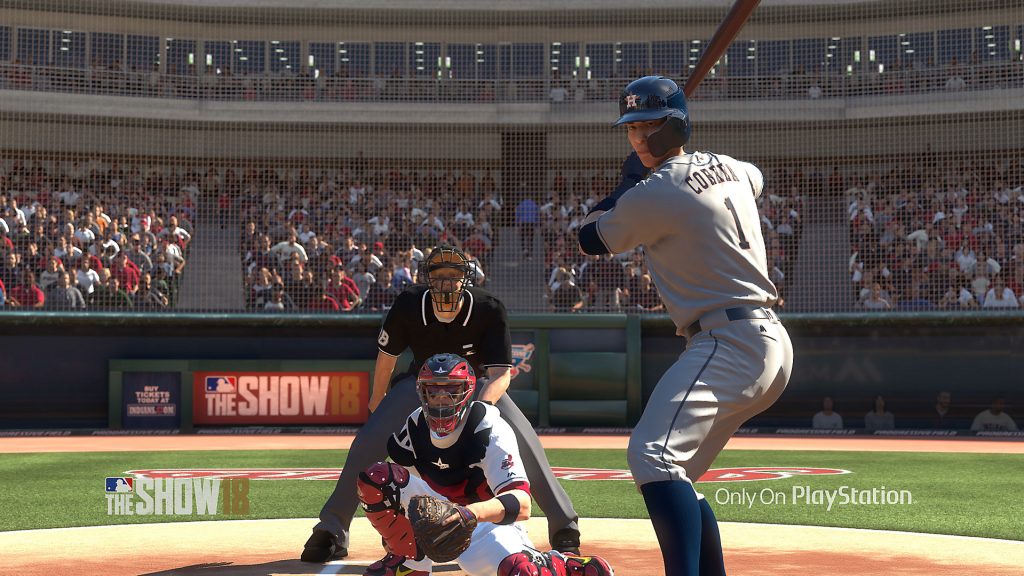 The latter, called Diamond Dynasty, is the weirdest part of The Show. You get cards via packs earned through playing and also for logging in to the game every day (just remember that you need to actually close the game down, otherwise you’ll never get those rewards). It’s a confusing mess to me. There are career paths you can follow but they’re all intertwined. So to unlock more Babe Ruth cards you need to do tasks with another player, but to use him you need to unlock a third player and so on.

The Show has also kept the Risk-style board game where you try and capture the country by generating fans and invading other regions. It’s bonkers and I love it, but the game play can get super hard.

This is something I love about The Show. Every incarnation has been difficult. Hitting is hard. Pitching is hard. Baserunning isn’t hard but it’s confusing. And fielding is … well, fielding is actually ok. 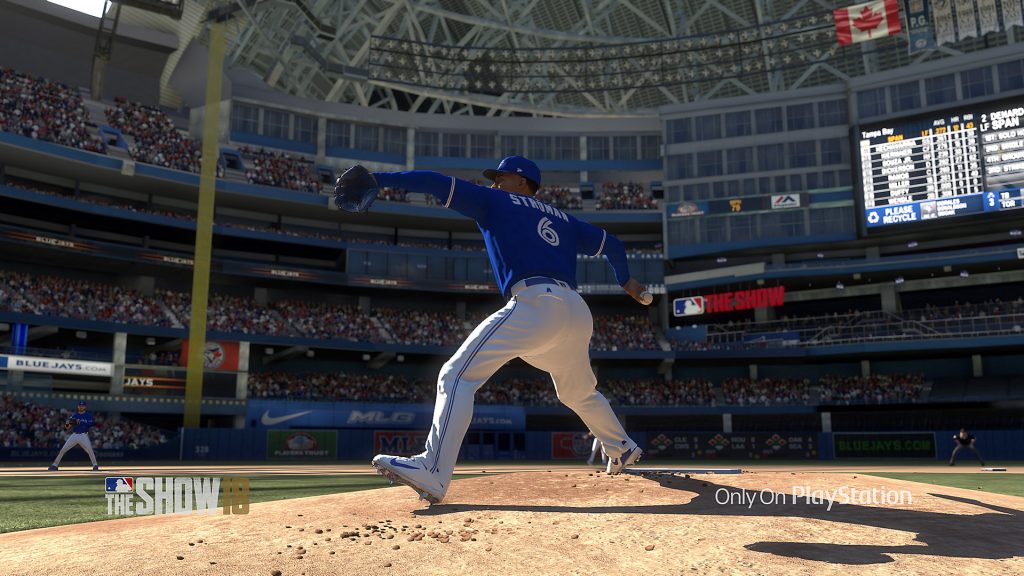 With previous games training has been essential, but something that was easy to overlook and difficult to do. This year The Show has integrated situational training into the game. You can set up the teams and the situation (two outs, bottom of the ninth, bases-loaded, down to your last strike). This is an excellent way to learn fielding drills and increase your plate awareness (learning what is and isn’t a hittable pitch).

Road to the Show (RTTS) is the single player career mode. Thankfully The Show hasn’t gone down the track of the cinematic style that ruined Madden and the 2K NBA games. The worst you’ll have to suffer is the dulcet tones of Sam Elliot (or someone who sounds a lot like Sam Elliot) saying things like “a manager speaks to a young player about an area he can improve on”. 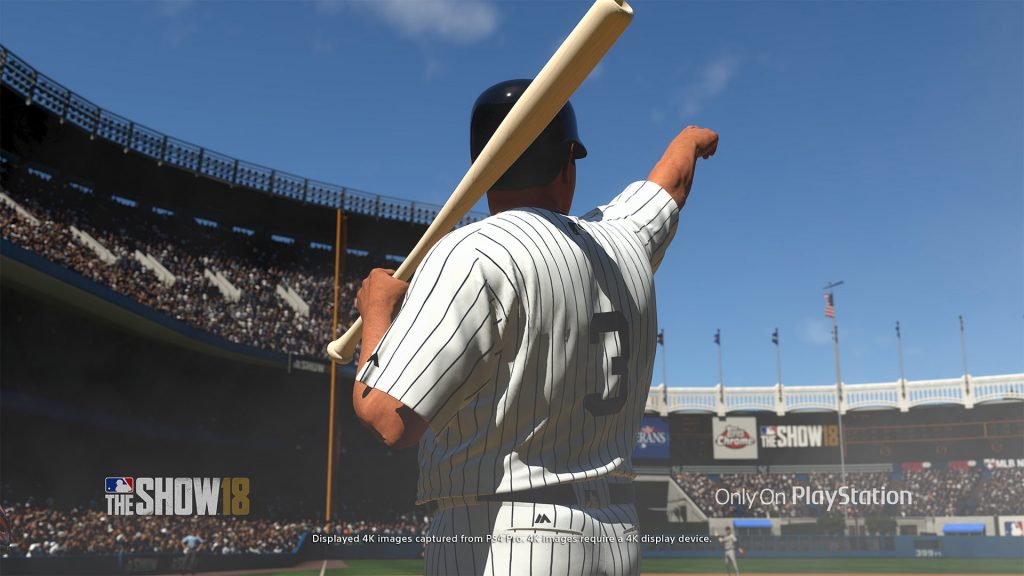 Each iteration of The Show has improved RTTS slightly. This year’s big move is integrated training. Instead of constantly going to a simulation, you can instead choose one of nine stats increases on offer. This fits in with the type of player you want to become. The stats all have caps as well, so sometimes you’ll need to train to increase the cap, otherwise you’ll hit a ceiling in your training. There are still some training sessions that require you to play in a game, but not many.

It’s all about speeding up the game. In a single baseball season, each team plays 162 games, so unless you’re a completionist you’ll be simming a lot of games. The Show sims you character and increases or decreases your stats as appropriate, but it will also pause the simulation on designated training days so you can increase your skills manually. “In baseball, you don’t know nothing.” – Yogi Berra

No matter what you’re playing you will want to adjust the sliders. More so than any other sports game, the sliders can change you from an under 0.300 hitter to an All Star. In part this is because the game assumes you want a realistic challenge, when sometimes all you want is an arcade game.

Every mode has been tweaked to speed it up. Even the loading times have been drastically shortened. The times between pitches has been tightened up, and the same with the time between fielding and batting. You will still find yourself tapping X to get through intro scenes, but even these seem faster. 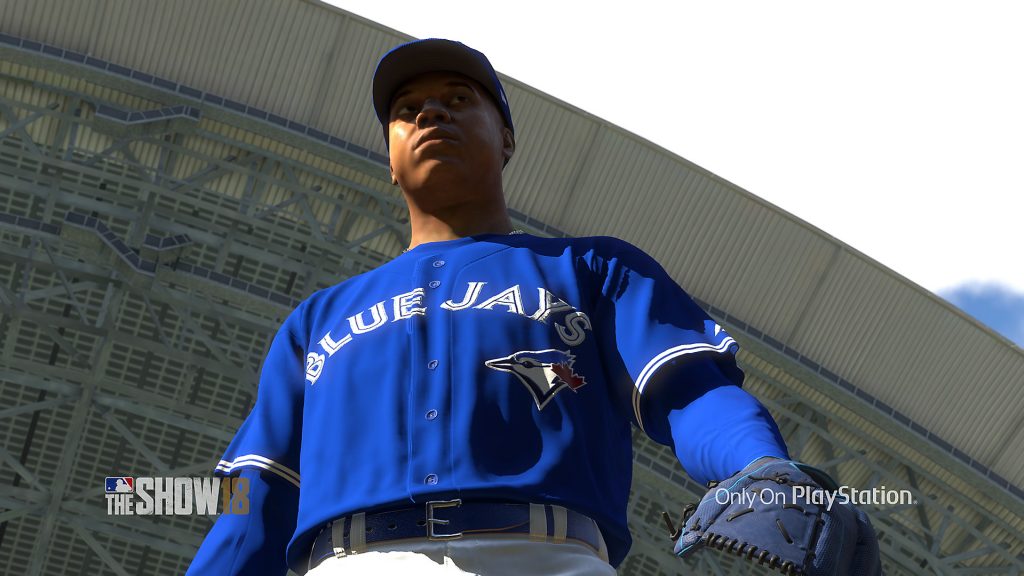 The biggest issue is still online play. The other players you’ll find are mostly in the US and Canada, as such finding matches can be difficult and the servers are very far away. Moreover, The Show offers physical prizes for winning certain events, but these are only available in North America. So if you’re buying this to play multiplayer, then make sure you buy a copy for a friend at the same time.

But even with its multiplayer troubles, MLB The Show 18 is still the best sports game on the market, and a must-buy for baseball fans.

Hadyn is a writer based in Wellington who specialises in technology and gaming.