There was a lot to love about Marvel’s Spider-Man, from the exhilarating web swinging to story that was surprisingly down-to-earth. There was also a lot not to like—chiefly, an open world that clings to the Ubisoft-style “icons everywhere” design approach.

Sadly, the first DLC pack for Spider-Man, titled The Heist, is made up mostly of the latter. With a bunch of new side quest types to check off and a main story that forces you to deviate towards them after just about every mission while Spidey waits for some message or other, The Heist is all about shoving content in your face. Go look for stolen artworks that have been inexplicably hidden in chimneys and air conditioning units; go stop the crimes that randomly pop up in the streets; go take part in Screwball’s challenges to help boost her streamer ratings, for some reason.

It’s all busywork, with the faintest threads of narrative tying them in place. As you collect those artworks, Spider-Man’s talks with the detective he’s helping shed a bit more light on Felicia Hardy—aka Black Cat, Marvel’s answer to Catwoman and a former love interest of Spider-Man—and her father, “the original Black Cat”, Walter Hardy. Performing as Screwball’s little spider monkey lets you learn a little bit more about her. 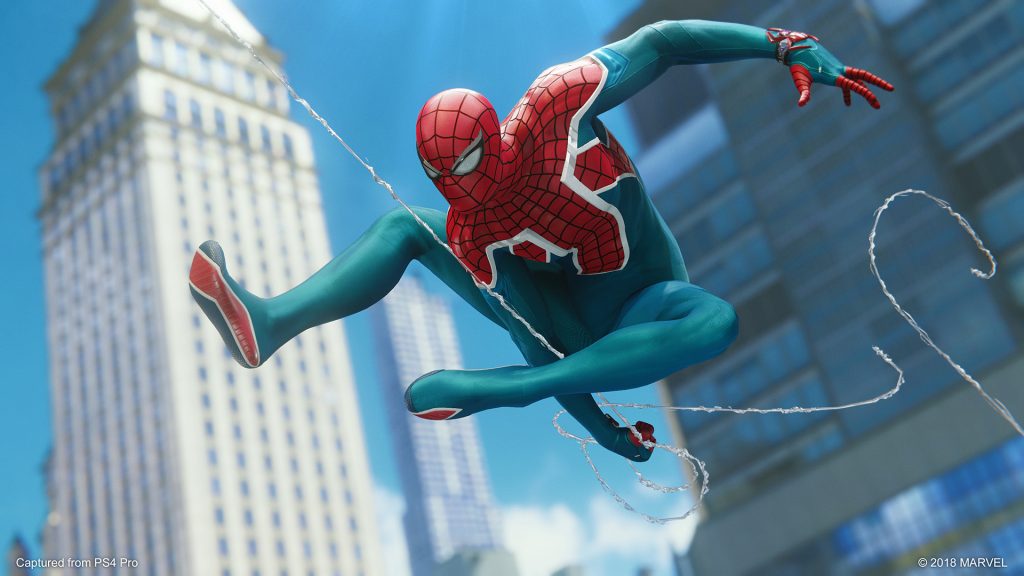 But these story elements are only mildly interesting at best; for the most part, all the new activities are just things to do, without much reason for doing them beyond ticking off marks on a checklist.

The main story fares a little better, but it doesn’t come close to what the main Spider-Man game managed to achieve. While investigating an art heist, Spider-Man learns that the person behind it is none other than Black Cat. She’s working with the Maggia crime syndicate to collect special flash drives hidden in artworks throughout the city, claiming that the Maggias are forcing her cooperation by holding her son hostage.

At the mention of “son”, Peter Parker’s first thought is to begin panicking over whether the kid could be his. Yes, that old “Am I the father?” chestnut, complete with a young guy who doesn’t want to take responsibility for his actions, the current partner who gets (understandably) angry, and an ex who wants to play it coy about the whole thing. If you’ve watched any sitcom in the last thirty years, you will have seen this exact story play out, in pretty much the exact fashion that it does in The Heist. It’s tired, and then some. 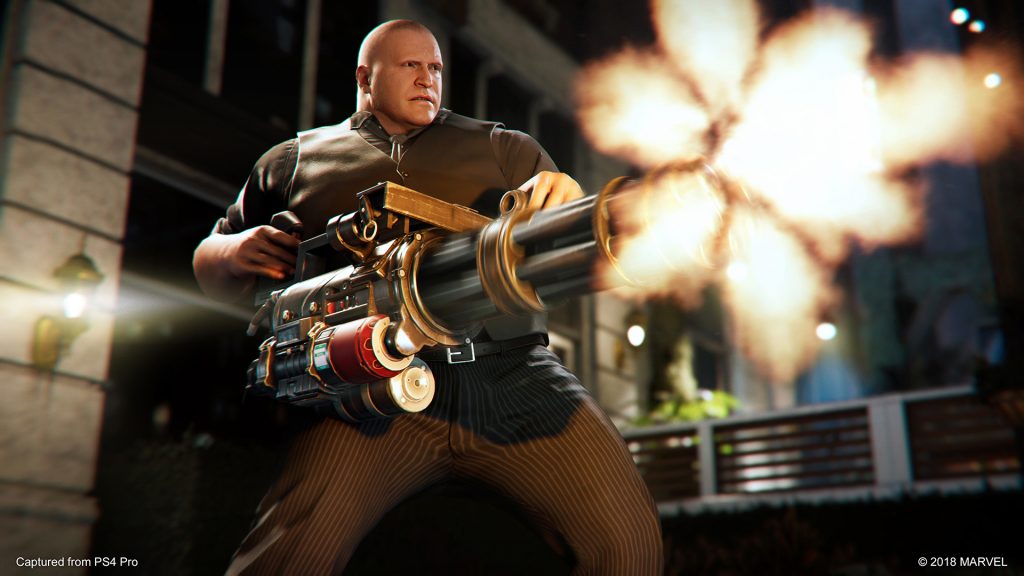 The frustrating thing is that, handled well, this is a trope that could be turned into a very meaningful Spider-Man story—after all, it’s all about taking responsibility and doing the right thing. But The Heist never does anything with it; it’s just an easy catalyst for the story and a few awkward jokes, and it ends exactly how you’d expect it to.

Beyond that, The Heist‘s story is enjoyable enough, but without ever being groundbreaking. There are heists to stop and recon missions to undertake, as both Spidey and Mary-Jane. One mission has you chasing Black Cat across the city; another has you working with her to infiltrate an old warehouse. It seems a missed opportunity that you never get to play as Black Cat, especially when the existing missions show that she has traversal, stealth, and takedown systems in place.

The DLC also introduces a new enemy type: a heavyset thug wielding a minigun. They add an interesting new dimension to combat, since you can’t always just dodge their bullets like you would a regular enemy—their string of machine gun fire just lasts too long. As such, breaking line of sight becomes crucial, and always knowing where all the minigunners are is the key to not getting torn to shreds. Finally, there are a couple of new Spidey-suits to unlock, though no new abilities despite earning experience points for completing objectives and missions. 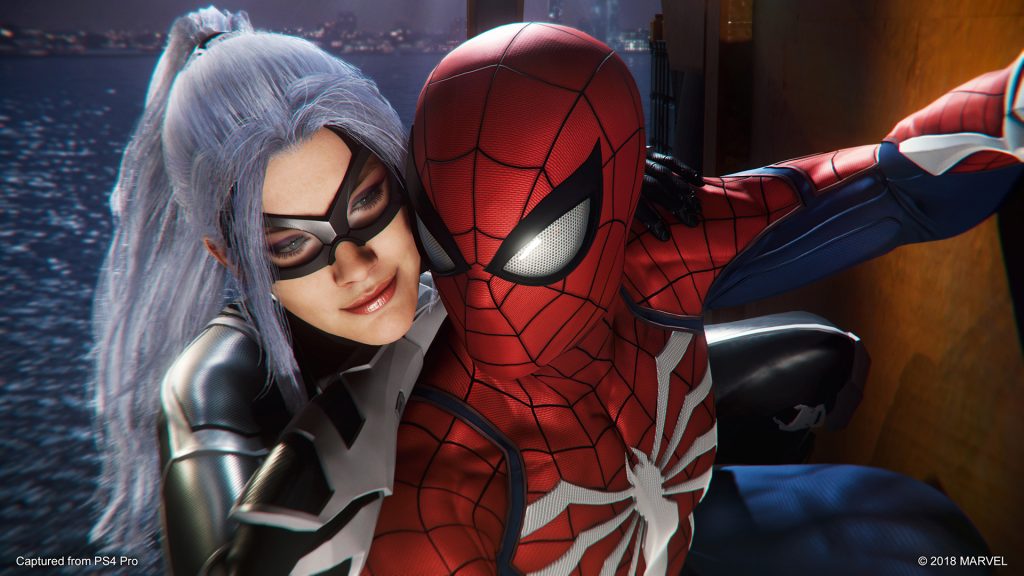 After Spider-Man itself exceeding a lot of my expectations—particularly when it came to narrative—The Heist feels like a let-down. The last thing the game needs is more icons on the map and more aimless busywork, but that’s the bulk of what you get with the DLC. The story tying it all together is mediocre at best, being mildly entertaining but doing nothing of note with a lesser-known Marvel anti-hero who’s full of potential.