When Square Enix announced Life is Strange: Before the Storm, I was skeptical for a whole bunch of reasons. Chief among them was the the question of how much the original game could gain from a prequel, compared to how much it stood to lose. Life is Strange left a lot of questions unanswered, but this was deliberate; filling in those blanks would undermine the mystery and the themes that the game explored. I’ve seen plenty of good works similarly dragged down by unneeded sequels.

My second big concern was the change in developer. Life is Strange was created by Dontnod Entertainment, a studio that’s no stranger to abstract, thought-provoking games. Before the Storm, on the other hand, is being developed by Deck Nine—formerly Idol Minds—whose best-known works until now are a handful of snowboarding games for the original PlayStation. I have nothing against the studio (in fact, I have a lot of fond memories of playing Cool Boarders 4 as a kid), but they have no history whatsoever with narrative-centric games, so I was worried.

Finally, there was the sad but understandable announcement that Ashly Burch wouldn’t be reprising her role as Chloe Price due to the SAG-AFTRA strike. I love and respect her decision, but her performance in Life is Strange was inimitable. She was Chloe, and I couldn’t imagine any other actor, no matter how talented or flexible or Chloe-like, being able to capture the character that Burch brought to life. 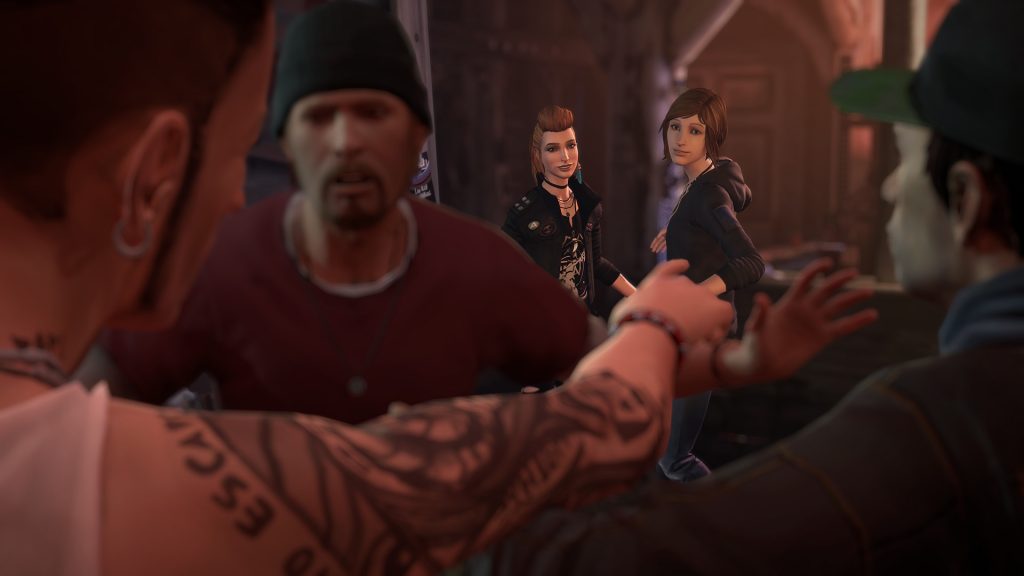 By the end its first episode, Life is Strange: Before the Storm resoundly put every concern of mine to rest. It absolutely lives up to Dontnod’s work, and I’d even go as far as saying it’s better in a few ways. There are still two more episodes to go, so there’s still the question of whether the series can keep this up and deliver in the finish, but on first opinions, I love Before the Storm so much more than I ever thought I would.

Yes, it’s a prequel, and yes, Life is Strange is a game that needed a prequel like America needed a white supremacist for a president. But Before the Storm is distant enough from the source material that it doesn’t feel like it’s treading on any toes or undermining what the original game set out to achieve.

To me, Chloe was always the main character of Life is Strange even if we didn’t see the game from her perspective. This time around, she’s the player character—this is Chloe’s story, and you’re seeing it through her eyes. It’s a story of an adolescent struggling to deal with more than her share of shit, and she wants nothing more than to just leave the little town that has her trapped. Enter Rachel Amber, who from the outside looks like the perfect, model high school student: smart, popular, beautiful, and from a successful family, she seems like the polar opposite of Chloe. Rachel’s going through her own share of trauma, though, and their similarities bring Chloe and Rachel together despite coming from completely different worlds. 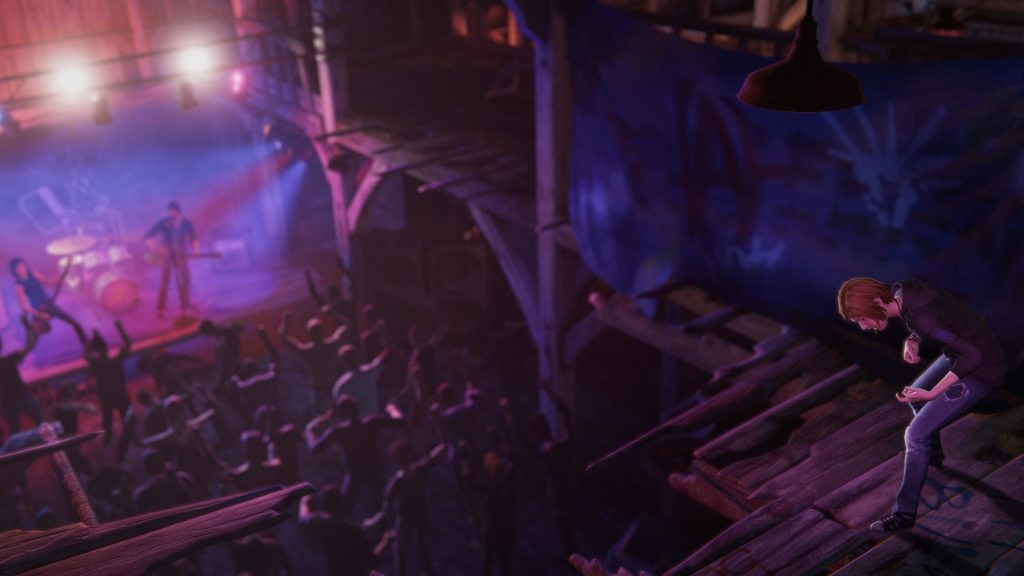 Life is Strange touched a bit on Chloe and Rachel’s history, and Rachel’s sudden disappearance was one of the major catalysts for that story, so we’ve had a glimpse at their relationship before. Before the Storm builds on that framework because it can’t not, but it also manages to feel unique and whole. This isn’t a prologue to the previous series; it’s its own thing, and the fact that it shares characters is almost coincidental. In doing so, not only does Before the Storm step out of the shadow of its older sister and create its own identity, it removes that risk of over-playing Life is Strange’s story. They’re part of the same world, and there are plenty of threads that connect them, but the two games are very much their own things.

… not only does Before the Storm step out of the shadow of its older sister and create its own identity, it removes that risk of over-playing Life is Strange’s story.

At the same time, Before the Storm is great at capturing the magic of those little, character-building slices of life. There are plenty of opportunities where you can just put down the controller, sit back, and lose yourself in the music and scenery. There’s one scene where you can play out a short Dungeons and Dragons campaign, using dialogue options to decide how Chloe plays her character—it’s funny and heartwarming, and a welcome respite from the serious tone taken by much of the episode. Collectibles take the form of scribbling graffiti throughout the game, helping to build and direct Chloe’s character much like Max’s photograph collectibles did in Life is Strange. The first game was remarkable in how it balanced really intense drama with these low-key but humanising moments, and Before the Storm does that just as well. 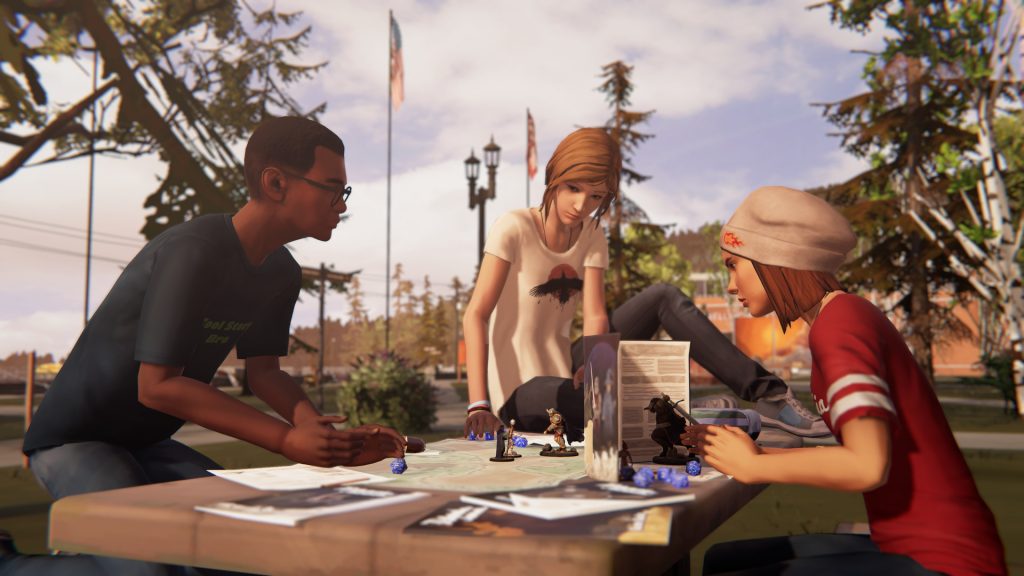 One of the key elements of Life is Strange was the time manipulation powers wielded by Max Caulfield, that game’s protagonist, and the way they played into dialogue trees and adventure game puzzles. Chloe’s magic is of a different variety: she’s good at snooping, prying information out of people, and talking shit. It’s that last one that’s particularly noteworthy, because there’s a whole new game mechanic built around it, called “Backtalk”. These are sort of like little dialogue battles, where choosing the right witty comebacks or poisonous barbs is the key to “winning” the argument and getting vital information. The whole system is very different to Max’s time-rewinding gambits, and I really think that Before the Storm benefits from this.

Where this game completely eclipses its predecessor is in the quality of the script. Life is Strange was hindered by dialogue that felt awkward and unnatural, particularly in the early episodes. In Before the Storm, each line sounds organic, as though it’s being spoken by a teen girl and not by a middle-aged man trying to imagine what teen girls sound like. I think the change in developer is at least partially to thank for this; an American developer made up of native English speakers has fewer hurdles to overcome than a French studio when it comes to writing authentic American teen dialogue. 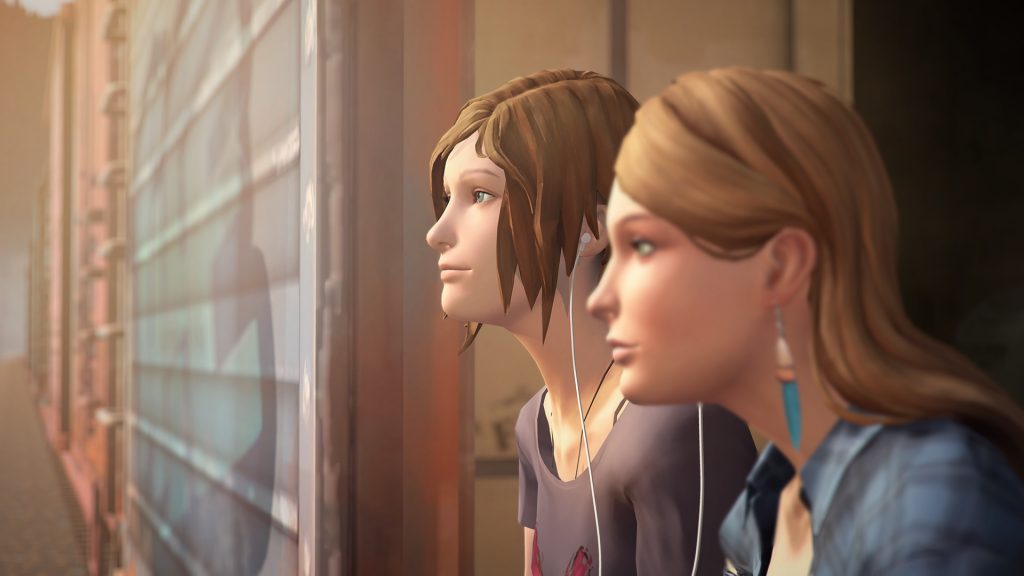 The fantastic performances of the voice cast can’t be overstated, either. This was always a high point in Life is Strange, and l know I wasn’t alone in my doubts when it came out that Ashley Burch wouldn’t play Chloe. But the new actor, Rhianna DeVries, captures Chloe brilliantly. She has all the fiery attitude that Burch brought to Life is Strange, but also shows a softer, gentler side to Chloe that we haven’t really seen before. As far as I know, Burch worked closely with DeVries despite not doing any acting herself (she’s credited Before the Storm as a writer), and it shows, but without DeVries simply mimicking Burch’s style.

Kylie Brown is similarly powerful as Rachel Amber. She’s the antithesis of Chloe in a lot of ways—fun, warm, carefree—and that really comes through in the performance. At the same time, she’s a complex character who goes on a rather wild arc throughout the first episode, and Brown does a great job of treading those different lines.

It’s the partnership between Chloe and Rachel, DeVries and Brown, that really made Before the Storm click with me, though. At its heart, this is a story about two outcasts finding comfort, friendship, and love in one another’s arms, and the writing and performances all come together to make that as moving as possible. Even within the confines of the first episode, Before the Storm is haunting, beautiful stuff, and I can’t wait to see where it goes from here.

If you enjoyed this review and plan to buy Life is Strange: Before the Storm, you can support Shindig by buying it from Amazon with this affiliate link.