God Wars: Future Past was one of the best (and most criminally underrated) games of last year. A straightforward tactical RPG on the surface, it eschewed the genre’s current fascination with needless complexity in favour of something simple yet deep. The ebb and flow of combat, coupled with the oddly relaxing grind for Job Points, made God Wars feel like a spiritual successor to Final Fantasy Tactics.

But more than that, it was a game delved into Japanese antiquity for its story, and did so beautifully. It’s not a retelling of classical Japanese myths so much as a reimagining of those gods and legends, all woven together, and the result is an enchanting tale that’s far more approachable than the ancient texts that inspired it.

With the launch of God Wars: The Complete Legend for Nintendo Switch, Kadokawa Games’ beautiful tactics RPG is the best it’s ever been. 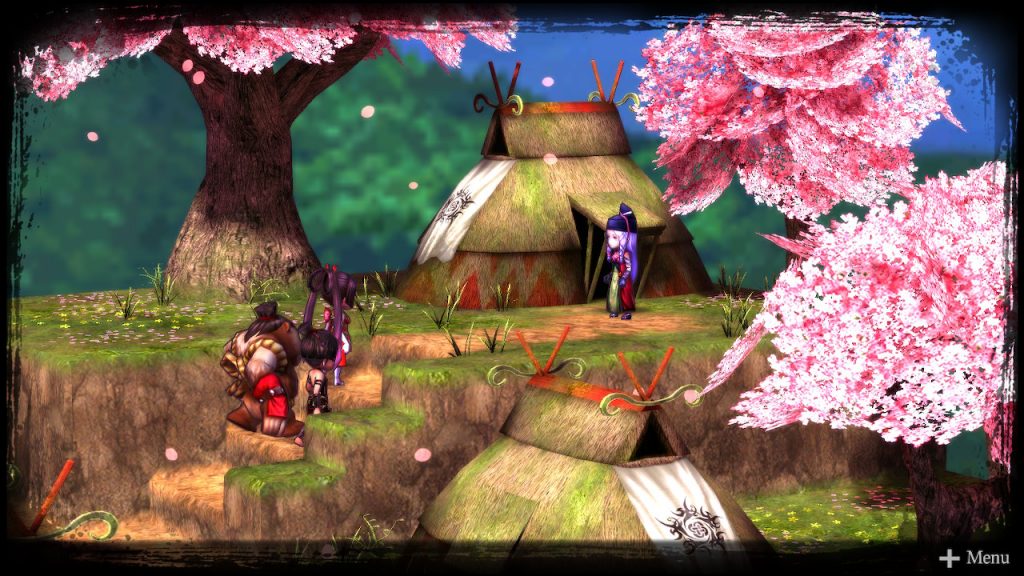 Land of the Dead

The most significant point of difference from last year’s release is the inclusion of the Labyrinth of Yomi, a 100-floor dungeon that becomes available after you complete the main scenario. (Other platforms will be able to buy this as a separate piece of DLC.) I’ll admit upfront that I haven’t seen this part of the game to its finish—NIS America weren’t kidding with their “100 hours” claim—but I’ve enjoyed my dive through the first 20-odd floors a great deal.

Related reading: Everything I said in my review of the PS4 version of God Wars: Future Past remains true in God Wars: The Complete Legend.

Yomi sees Momotaro and his three animal god cronies join as playable characters. Saru, Inu, and Kiji don’t bring much to the table, but Momotaro’s unique Oni God job is enough of a powerhouse to earn him a spot in my main lineup. The new dungeon also comes with an increased level cap of 199, and most of the battles within it allow an eight-person party instead of the usual six—making the choice of which characters to bring with and who to focus on levelling a lot easier. 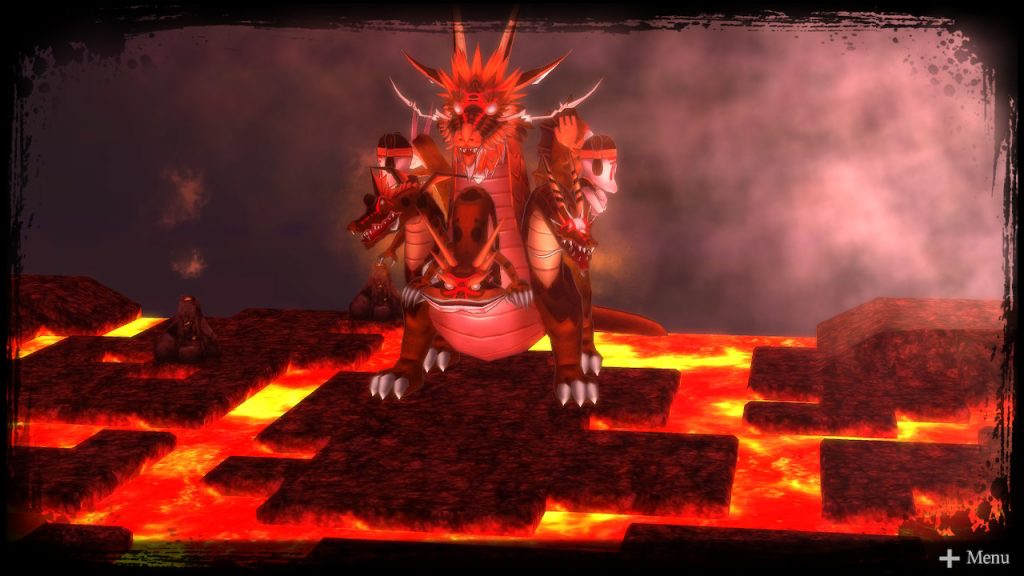 The Labyrinth of Yomi isn’t simply a new suite of battles to fight and an increased level cap, enjoyable though that side of it is. It expands on the main story by delving into the pasts of God Wars‘ pantheon: you’ll find out more about how Kaguya’s childhood alongside her sisters, how she and Kintaro met, and about Momotaro’s mysterious connection to the underworld. It’s a great way of exploring new narrative directions without compromising the simple beauty of the main game’s ending.

That said, I do wish there was more new stuff to play around with. A new job or two wouldn’t go amiss, considering most players would have maxed out their favourite jobs by the end of the regular story anyway. I also hope to see some new enemies deeper in the labyrinth; the couple of bosses I’ve fought so far have been recycled versions of demons from the regular story, and they’re far less interesting to fight against the second time around. 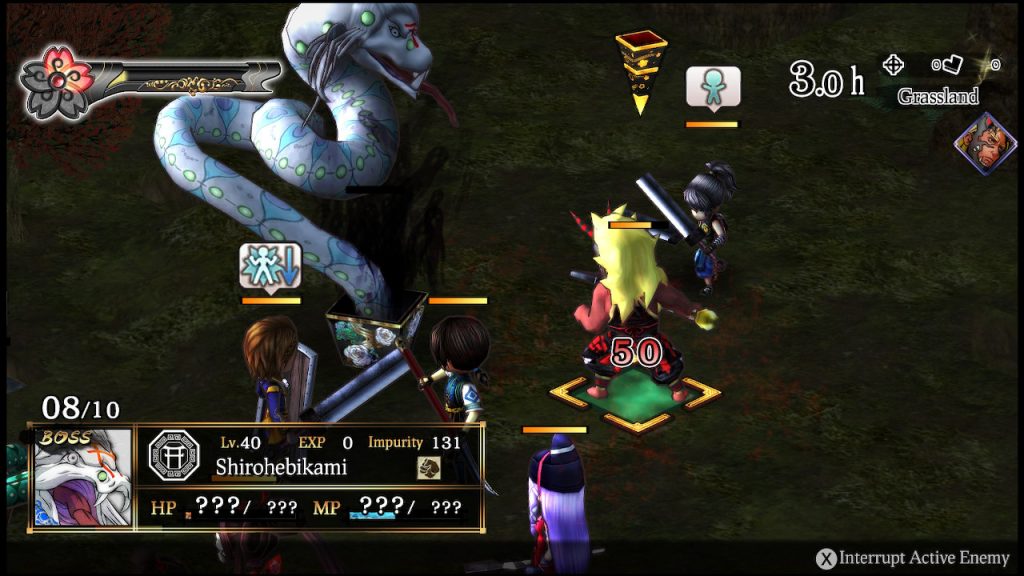 While the Labyrinth of Yomi is probably the most visible addition to God Wars: The Complete Legend, the whole game is a more refined version of last year’s release thanks to some small but welcome quality-of-life improvements.  Battles flow a lot faster now, thanks to the option to speed up movement animations dramatically—no more do you need to wait for what feels like hours as every enemy on the map takes a few steps. You can also disable attack effects entirely to speed things up even further (and, to be blunt, you don’t miss out on much by doing so). When a single battle can take upwards of an hour, these little things make a huge difference.

The Complete Legend also increases the number of characters you can bring with you for most battles from five to six. This won’t fundamentally change your strategy—there’s nothing you can do with six fighters that you can’t do with five—but it does mean you can streamline your fights by bringing in some extra damage, or another support character to cut down on turns spent healing and buffing your party.

And, of course, another character in battle means one less sitting on the bench subsisting on the pittance of bonus EXP given to non-combatants after a victory. If you want to keep your whole squad up to scratch, being able to bring one more fighter to each battle is a massive help.

(The good news for PS4 and Vita players is that these tweaks are also heading to those platforms in the form of a free update, alongside the Labyrinth of Yomi DLC.) 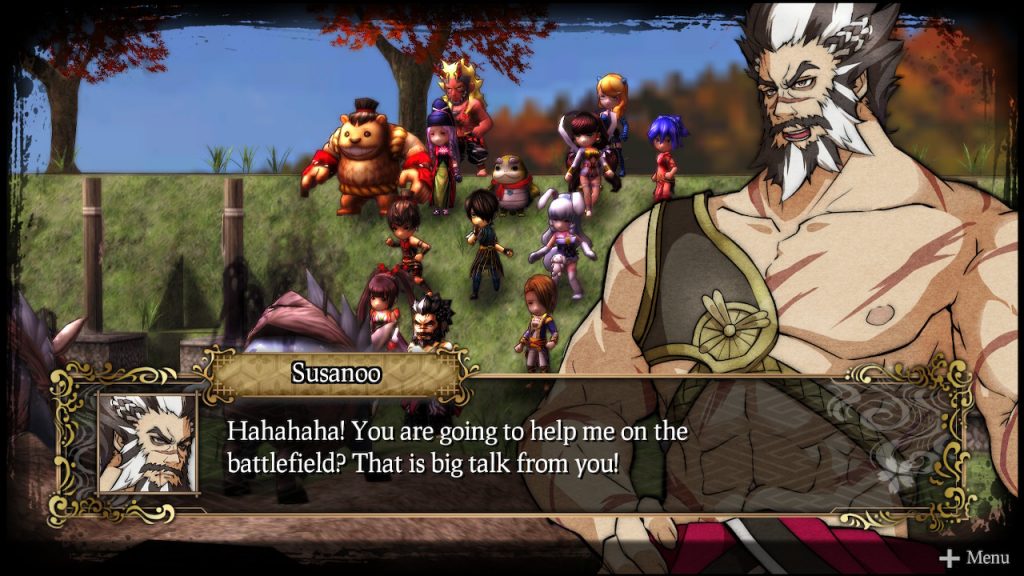 All those tweaks and additions would be nothing without a rock solid game to build upon, and God Wars has that in spades. When I reviewed the PS4 version last year, I described it as “everything I could want from a tactical RPG: a simple but captivating battle system to underscore a deep, moving story.” That remains as true as ever.

Related reading: If you like God Wars, you’ll probably also like Ōkami. Here’s our review of last year’s PS4 port of the Capcom classic.

God Wars is a modernised reimagining of some of Japan’s oldest tales. Based upon Kojiki—one of the earliest collections of Japanese myths and folklore, dating back to the 8th century—it tells the story of the birth of a unified nation from the ashes of war. You might have heard of deities like Amaterasu (thanks, Ōkami!) and Susano’o, or folkloric characters like Princess Kaguya and Issun. God Wars takes all these ancient stories and weaves them together, offering a new twist on some of the world’s most timeless tales. 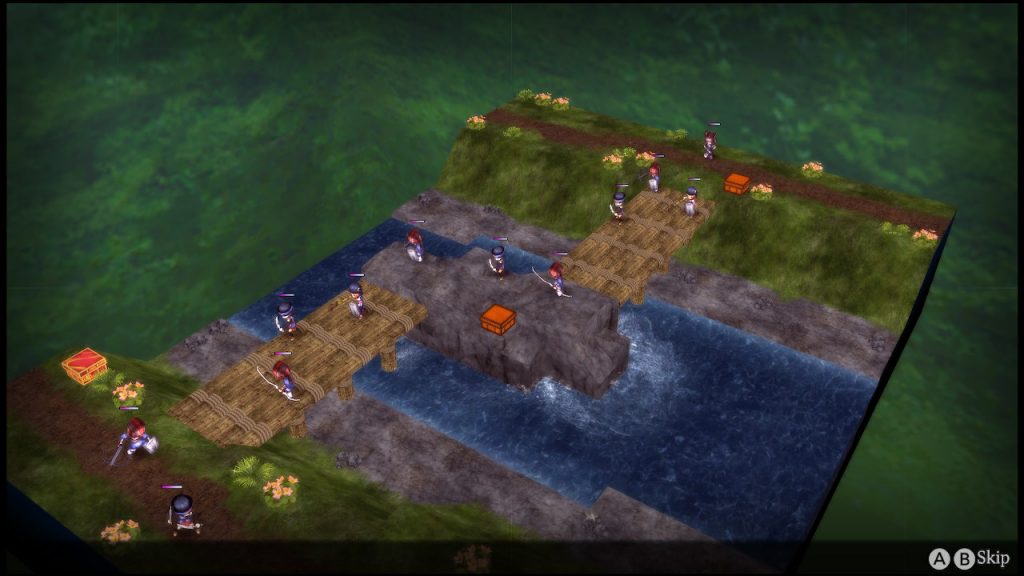 Those with an interest in such things will appreciate the little nods to antiquity, like an opening scene in which Kaguya is rescued from a bamboo prison by a woodcutter—her childhood friend this time, through, rather than an old man. God Wars never sets out to be an perfectly accurate record of classical Japan, but it’s absolutely authentic to those stories that it draws from.

But an investment in such history isn’t necessary to enjoy the tale that God Wars tells. What begins with a princess searching for her lost mother ends with her on a quest to bring peace to the warring states of ancient Japan—an gripping tale, made all the more so by it’s charming characters and stunning artwork. In its 2D art especially, God Wars looks like a modern interpretation of ukiyo-e woodblock prints, with bold lines and vivid colours set over a papery sort of texture. 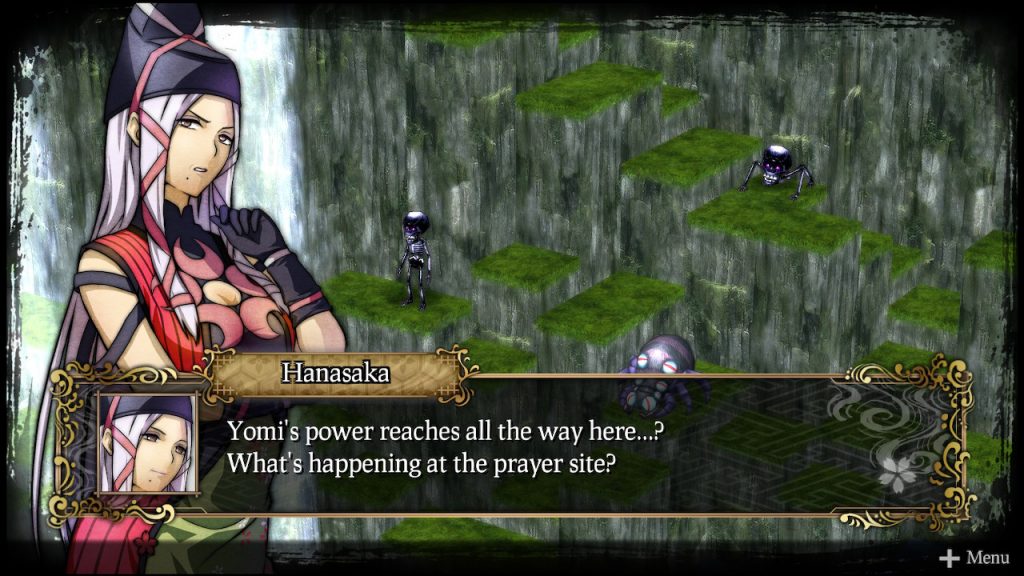 This combination classic  tactical RPG gameplay and Japanese mythology all made God Wars: Future Past one of the most memorable games of last year. Now, God Wars: The Complete Legend brings all that and more to Switch, and I can think of no better way to play something a game as special as this one.