It’s always interesting when a Japanese developer takes on a Western-style RPG or vice versa; that combination of influences is how we get brilliant games like Dark Souls and Child of Light. A few years ago, Capcom released their take on a Western-style RPG in Dragon’s Dogma. The game offered a high fantasy open world and a lot of player freedom, but with Hideaki Itsuno (of Devil May Cry 2 fame) at the helm, it doubled down on deep, active combat.

For anyone who missed the original (or its subsequent enhanced re-release), or anyone who just wants another reason to visit the world of Gransys again, Dragon’s Dogma: Dark Arisen is now available on PlayStation 4 and Xbox One. As one of those people who missed both previous releases, but has heard a lot of great things about the game, I jumped at the chance to finally check it out on PS4. I wasn’t disappointed.

Dragon’s Dogma: Dark Arisen opens with a rather surprising (and impressive) scene in which your freshly-made character tries to single-handedly fend of a dragon attack with a rusty sword. Whether foolish or brave, this act quickly gets you killed; the dragon tears out your heart, remarks that you’re the “chosen one”, then flies away. But death isn’t the end of your story; reborn as the “Arisen”,  you set out on a quest to slay the dragon once and for all. 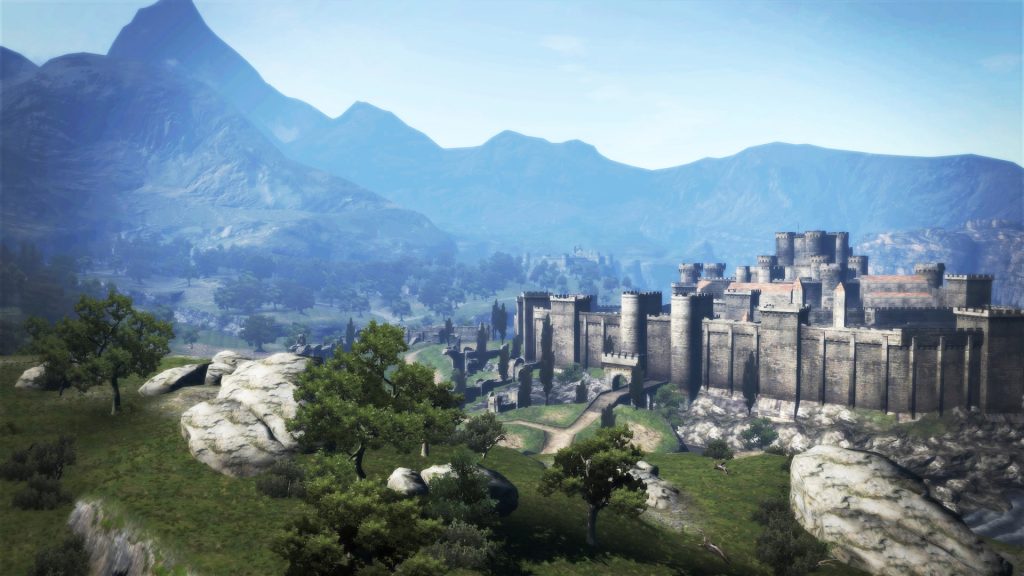 It’s a creative way to set up a game that, for a large chunk of its running time, amounts to a fairly typical high fantasy romp. As you travel across the Gransys countryside, you’ll help people fend off monster attacks, look for missing loved ones, and gather materials, all for the precious experience points that help you level up and get stronger (and to be a good samaritan, I guess). There’s a mysterious cult trying to bring about the end of the world, a love interest who inevitably gets captured and has to be rescued, and lords and kings invested in their own squabbles.

Forgettable and familiar as that story is, it all exists to set up a big, late-game twist that takes the narrative into far more interesting territory. I won’t give it away, but I will say that there’s more to the dragon, the cult, and Gransys itself than meets the eye; the cliched, stock-standard fantasy adventure that makes up so much of the early part of Dragon’s Dogma: Dark Arisen  is there precisely so that the game can turn it on its head. In so doing, it goes in some rather fascinating philosophical directions, looking at the nature of freedom and servitude. The quality of the writing does let it down somewhat, but it’s a curious journey nonetheless.

Familiar as that story is, it all exists to set up a big, late-game twist that takes the narrative into far more interesting territory.

With its dark, European fantasy-inspired world and realistic (though technically dated) art direction, Dragon’s Dogma: Dark Arisen is more than a little reminiscent of games like Oblivion and The Witcher. It sets itself apart, though, with a combat system that’s far more involved and exciting than Western open-world RPGs can typically achieve. Coming from the director of three Devil May Cry games, I’d expect nothing less. 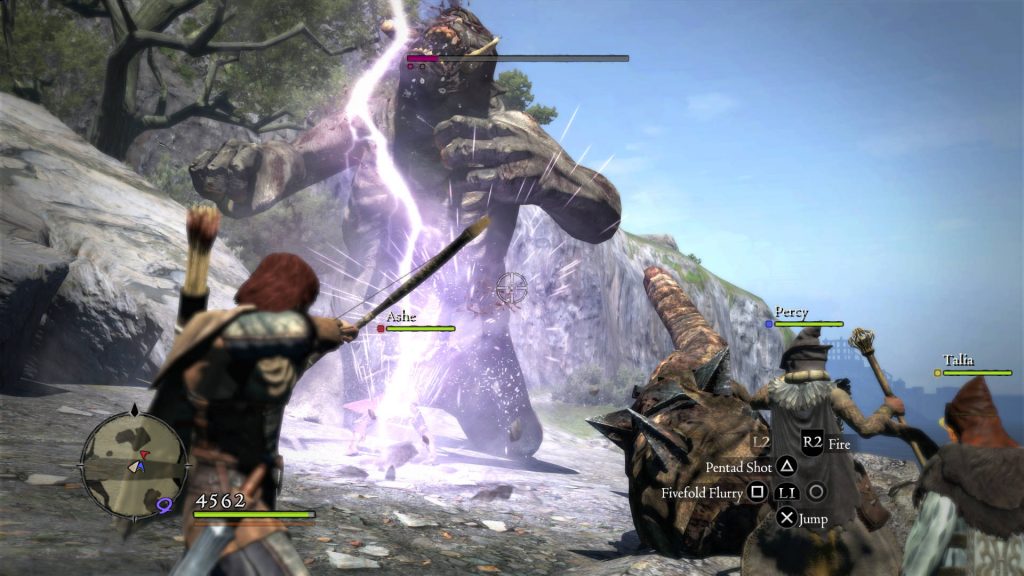 The basic building blocks are the standard light and heavy attacks, alongside a handful of class-specific skills. Fighters can block and parry with their shields, Mages can cast a wealth of different spells (both offensive and supportive), Striders can attack with bows and use their mobility to avoid attacks, and so on. None of this is unusual, but Dragon’s Dogma: Dark Arisen draws on Capcom’s experience with action games to make fights fluid and deep, where success comes as much from mastery of your character’s fighting style as it does from level and equipment. It’s not as flashy as Devil May Cry, but it’s far more active and involved than any other open-world RPG I’ve played.

There are only three classes to choose initially, but after getting to a certain point in the game, you unlock a few more. There are advanced versions of each of the starting classes, as well as hybrids that combine the skills of others—the Assassin is a powerful combination of Fighter and Strider, with huge damage potential; the Mystic Knight brings the Fighter’s defence and Mage’s spells to create a versatile tank; the Magick Archer (Mage plus Strider) is great at ranged combat and debuffing enemies.

Fights with bigger monsters give you another mechanic to work with: you can climb them, like the big dinosaurs of Monster Hunter, in order to get to weak points and avoid attacks. The beasts don’t like this, as you might expect, and will try to shake you off, creating a minigame of sorts where you have to figure out when to attack (or continue climbing) and when to cling for dear life. 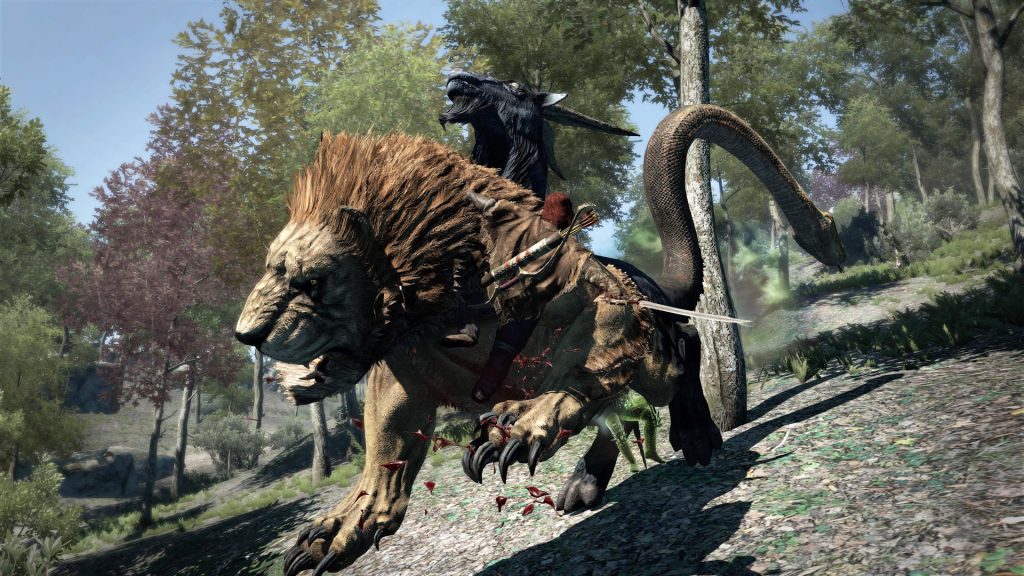 The other thing that sets Dragon’s Dogma: Dark Arisen apart from other open-world RPGs is the Pawn system. Early on, you get the chance to create an AI-controlled companion, who comes in very handy both in and out of combat. Assuming you set your Pawn to a different class as your main character, they’ll be a good complement to your own set of skills in a fight; a Mage can offer healing and buffs to a Fighter or Strider, a Strider can bring damage that a Mage or Fighter dream of, and so on.

More interesting is the Pawns’ ability to learn and offer advice to you, be it about a particular enemy’s weaknesses, where one might find harvest points, or the goals of a particular quest. The more time a Pawn spends in your party, the more knowledge they accumulate about the world around them, and the more helpful they become. I can’t think of any other game that AI companions feel so alive.

You can also share Pawns online for other players to use, and recruit other players’ Pawns in turn. Shared Pawns continue to gain knowledge, so sending your Pawn off on someone else’s adventure means that, in all likelihood, they’ll come back with far more information to share—often revolving around places you haven’t yet been to or quests you’re yet to undertake. Likewise, another player’s Pawn will often have knowledge that yours don’t, and spending time with you can help it learn things that will help its master later on. As far as asynchronous multiplayer systems go, Dragon’s Dogma: Dark Arisen has one of the most innovative and effective ones I’ve seen. 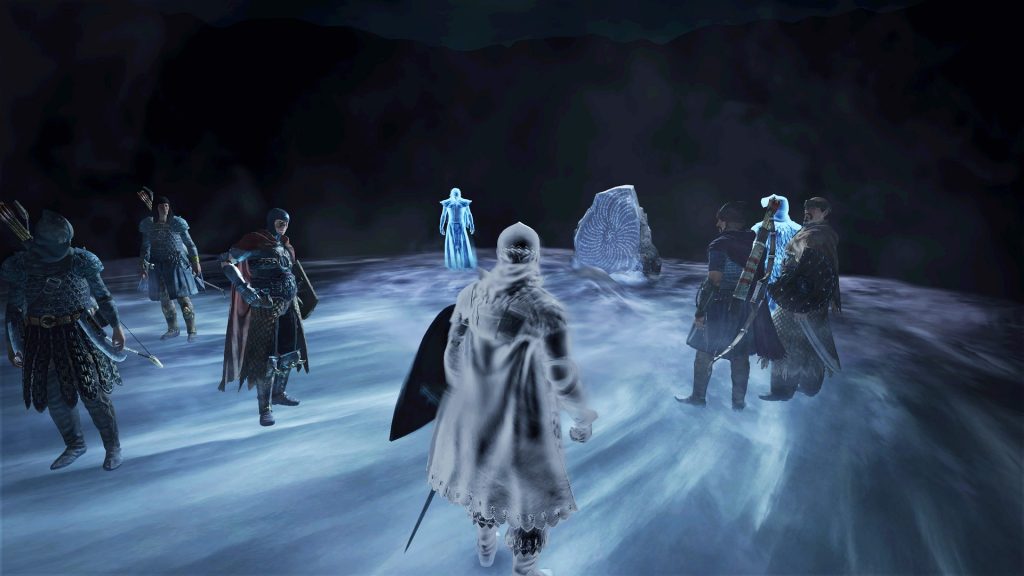 By most accounts, the original Dragon’s Dogma was very clunky, and mired with technical hiccups that didn’t necessarily ruin the game, but at least detracted from the overall experience. Dark Arisen on PS4 is still a bit rough around the edges; menus tend to be inconveniently laid out, some of crafting systems are more of a nuisance than an aid, and Pawns—helpful though they are—get annoying when they start repeating the same dialogue. There’s a new Photo Mode, which is a nice touch, but its options are extremely limited, and any photo you take includes a massive, quarter-screen Dragon’s Dogma logo as a watermark.

The frame rate is nice and smooth on PS4 (apparently dropping to single digits wasn’t uncommon on PS3 and Xbox 360), which allows the combat in particular to shine, but low-res textures and low-poly models make the game look very dated. There’s a certain charm in that, but Dragon’s Dogma: Dark Arisen is a great example of how “photorealistic” graphics can hamstring the lifespan of a game.

These complaints are mostly superficial, though, and beneath that ugliness is a fantastic game. It captures everything that’s great about Western open-world RPGs, but puts its own unique twist on it with fantastic combat and a story that cleverly twists the familiar tropes of European fantasy. If, like me, you like the idea of games like Oblivion but quickly tire of them due to execution, Dragon’s Dogma: Dark Arisen is a game you don’t want to miss.

If you enjoyed this review and plan to buy Dragon’s Dogma: Dark Arisen, you can support Shindig by using this affiliate link.