Dragon Ball FighterZ feels like two very different games rolled into one, depending on what angle you approach it from. If you come at it as Dragon Ball Z fan first and foremost, you can look forward to one of the best licensed games to date, with a wealth of fresh content and throwbacks to the anime. However, if you’re a fighting game player interested in the next big thing from Arc System Works, all FighterZ has to offer is a confusing mesh of systems and a game that lacks any real identity.

I’ll start with the good: in putting together Dragon Ball FighterZ, the good people at Arc System Works have pulled out every stop in making it as authentic as possible to the source material. The fights themselves look almost like they were lifted directly out of the anime, thanks to some impressive cartoon shading that makes every frame of animation look hand-drawn. This is true even of the backgrounds, which retain that painterly style Dragon Ball Z‘s environment art is known for, despite everything being a 3D model under the hood.

Almost every attack animation can be traced back to some particular scene in the anime or manga. I’m not talking just about “showpiece” special moves—Kamehameha, Destructo Disc, and what have you; even regular old kicks and punches can be traced back to particular scenes or individual manga panels. Completing that effect are the anime’s iconic, over the top effects—the dust clouds left behind in a speeding character’s wake, the colourful aura when someone charges their ki, the explosive hit effects whenever someone takes a blow. 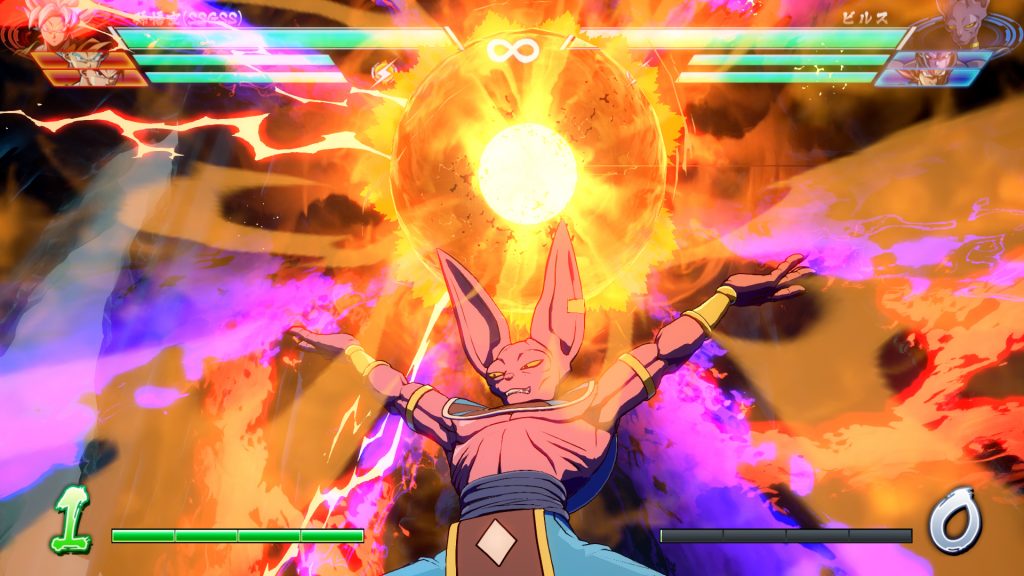 Dragon Ball FighterZ goes as far as dynamically recreating some of those memorable moments in the thick of the fight. Knocking out an enemy with certain moves will send them flying into whatever buildings or scenery is nearby. Some moves, when used as the finishing hit of a match, result in a “Destructive Finish”: the camera pulls back so that you can see the full size of the explosion and extent of the damage. There’s even a mechanic by which you can collect Dragon Balls during a fight; get all seven, and you can summon Shenron and wish for something like health recovery, temporary invincibility, or the resurrection of a fallen teammate.

The rest of the game has that same focus on authenticity and nods to franchise history. Instead of a standard front-end menu, Dragon Ball FighterZ has you selecting game modes from a little hub world, with familiar locations like Kame House, West City, and the Tenkaichi Budokai arena. You can freely walk around this map with a customisable chibi avatar, interacting with other players and speaking to NPCs to access the different modes. It’s not as intuitive as a standard menu, but it’s a lot more enjoyable in its own right—especially in a lobby with a lot of other players. 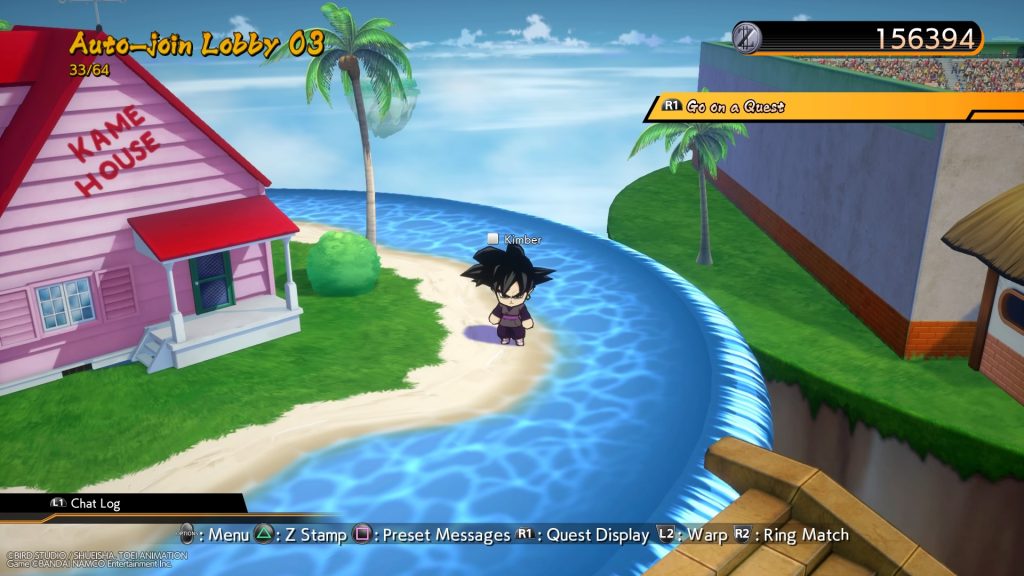 Dragon Ball fans will no doubt enjoy the Story Mode, which tells an original tale across three different arcs. Personally, I found the setup a bit flimsy—a strange force has rendered almost everyone unable to fight unless they link with a strange spirit, which is you, the player—but once it gets going, it’s the usual Dragon Ball action and ever-increasing stakes. The story creatively brings back characters from the full breadth of Dragon Ball Z and its sequels, and also introduces a brand new villain in Android 21.

It all plays out in an RPG-like structure, as you travel from one area to the next fighting other people and leveling up your team. Optional battles get you special rewards and bonus cutscenes, giving you further insight into the characters and their relationships to one another. That said, the whole storyline assumes familiarity with Dragon Ball Z, GT, and Super, so if you’re not caught up, it can be confusing to follow.

In short, Dragon Ball FighterZ is a game made with franchise fans at the front of mind. 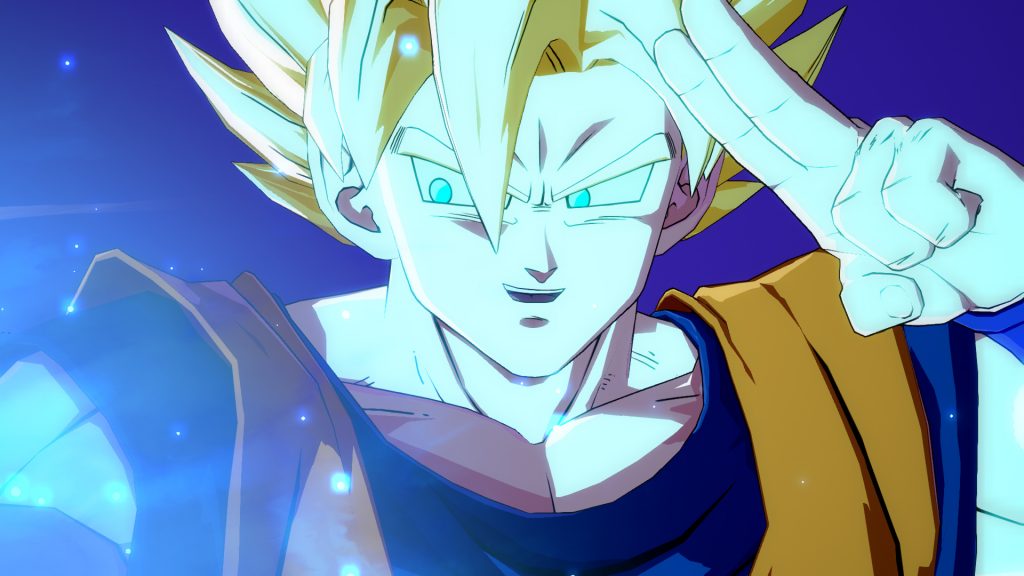 For anyone else, it’s a much harder sell. I was far more interested in the fact that this is a new fighting game from Arc System Works, who are masters of the genre. Coming at it from the perspective of a fighting game player, FighterZ is a very weird game that throws a lot of the genre’s conventions out the window, and the game suffers as a result.

In keeping with the Dragon Ball theme, they’re are a lot of different systems in place that let you do things like teleport or dash quickly towards an enemy, and most attacks propel characters forward to some extent. The result is a game that’s far less focused on space control and footsies than your typical fighter; instead, it’s all about aggressive pressure through things like frame traps and mixups. Every fighting game has characters like that, to be fair, but in Dragon Ball FighterZ such tactics are built in at a system level, to the exclusion of everything else. Between the speed and effects chaos of the game, defending against such aggression is really difficult, too; even coming from a Guilty Gear background, I find it hard to keep up with what’s going on in FighterZ.

Auto-combos—whereby you can do a big combo attack by repeatedly mashing one button—play a big role, too. Even though you can potentially get more damage off a trickier, optimised combo, those auto-combos still make up the bread and butter of each character. They’re generally good, fairly safe blockstrings, sometimes with built-in mixups and the potential for big damage. The result is a game where you can do cool-looking things with little effort, but where the characters are homogenised to the point of being almost indistinguishable, mechanically speaking, until you start playing at a very high level with very advanced tech. 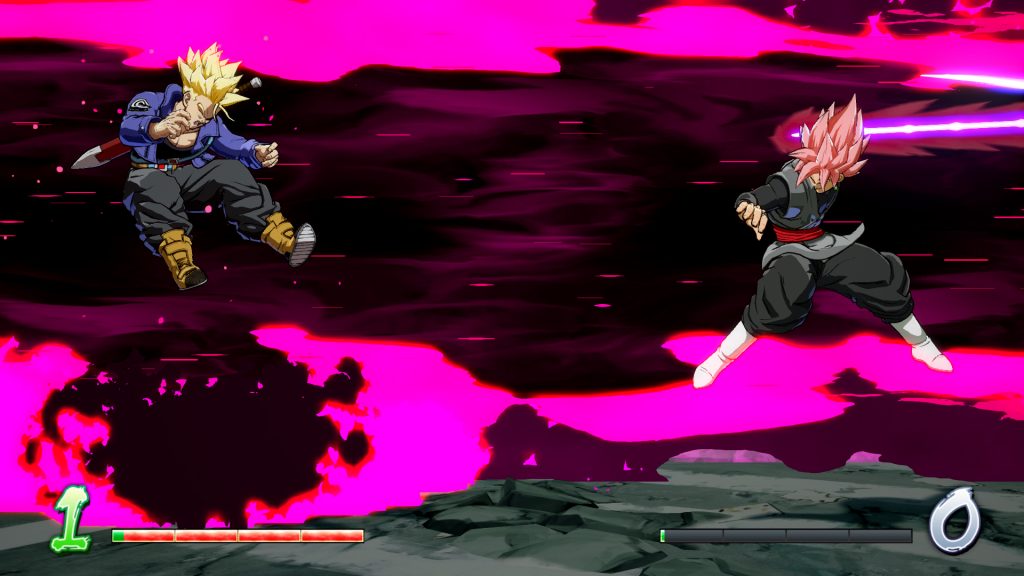 That problem is exacerbated by a very dull roster, which is seemingly focused on catering to fan favourites at the expense of any sense of variety. Between multiple versions of Goku, Vegeta, and Gohan, along with all their orange-clad friends, a good half the roster is filled with characters that generally all fight the very similarly. They have their subtle differences, but it’s hard to shake the feeling that you’re playing the Dragon Ball equivalent of a Street Fighter game composed almost entirely of shotos. There are a few more interesting characters among them, like Beerus with his summoned orbs (think Venom from Guilty Gear), but by and large, Dragon Ball Fighter Z’s characters largely involve pressing the same buttons to do the same things.

It’s a shame, because Dragon Ball has a lot of far more interesting characters, who didn’t make the cut, because we apparently needed both teen and adult Gohan as separate characters, and three different versions of Goku. Bulma isn’t traditionally a fighter, but with her Capsule tech she could have made a fantastic item-throwing archetype, like Faust or Hsien-ko. Where’s Videl, or Mr Satan, or Pan, or Master Roshi, or a young, axe-wielding Chi-Chi?

The final nail in the coffin, at least for me, is the online setup. You’ve got the usual array of ranked and casual matches, but matchmaking in Dragon Ball FighterZ seems very skewed—even with search settings limited to players of a similar skill level, I’d be matched up with much higher ranked players more often than not, only to get blown up while I try to figure out how this game’s twist on standard fighting game tactics actually works. To make matters worse, the game shows each player’s win-loss record before a match; when you’ve got an awful record like I do, that doesn’t exactly help get you into a winning headspace. 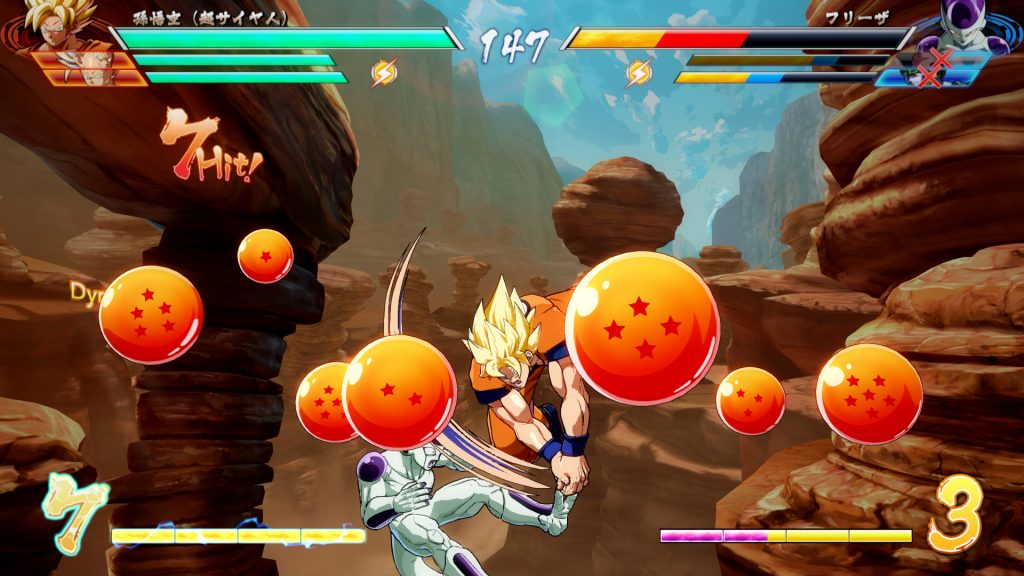 This all puts Dragon Ball FighterZ in an awkward position: it’s clearly aimed at a more casual crowd than Arc System Works’ usual fare, but to actually do well at the game is going to require a lot of time and effort—at least as much as your Guilty Gears and BlazBlues, if not more so. You can easily do cool-looking combos, and if you’re playing against friends of a similar level, that’s probably sufficient. But the barrier to entry for competitive play is incredibly high and difficult to break through. Unless you’re a hardcore Dragon Ball fan, I just can’t see it being worth that effort.