To this day, the best take on the increasingly popular “people trapped in an MMO game” premise is Star Ocean 3. The big twist in that game (spoiler alert for a 14-year-old game, yadda yadda) was that the main characters are actually NPCs in an MMO game of sorts, and they have to grapple with the fact that, in the scheme of things, they’re just not that important. It was a prescient subversion of a trend that hadn’t yet become a trend.

Cyberdimension Neptunia: 4 Goddesses Online doesn’t quite have the same existentialist overtones, but it’s a similarly insightful satire of MMO games, fictitious MMO stories like Sword Art Online, and video games in general. Parodying the medium is exactly Hyperdimension Neptunia’s wheelhouse, so it was only a matter of time before the series took aim at this premise. The result is an irreverent, hilarious game that takes great joy in highlighting the absurdity of MMOs.

4 Goddesses Online sees Noire, Vert, Blanc, and Neptune—the rulers of kingdoms based on PlayStation, Xbox, Nintendo, and Sega, respectively—diving into a beta test for the eponymous new MMORPG. So they all jump in, questing together, fighting monsters, levelling up, and running into their share of bugs. 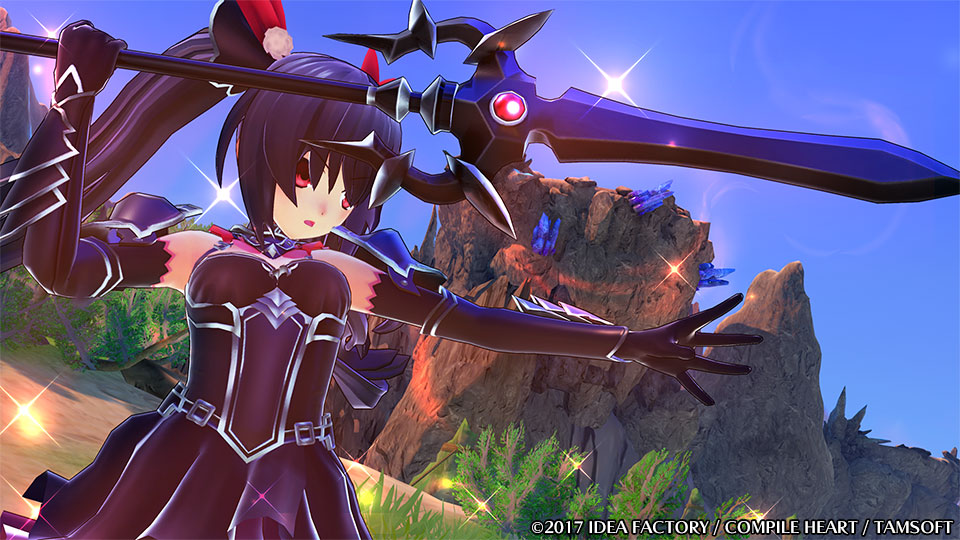 It’s the perfect setup for Neptunia’s self-aware sense of humour, because it creates a whole other level of “reality” and an accompanying fourth wall to break. In addition to the fourth wall-breaking antics typical of Nep games, each character dances in and out of their own MMO characters.

This leads to delightfully odd situations, and the fact that you only ever see the game from the perspective of the 4 Goddesses Online avatars makes things even stranger. You could be out doing some dungeon or another with characters talking about battle tactics or whatever, then they suddenly interrupt themselves based on what happened in their “real” world. Neptune suddenly goes quiet and stops moving, putting everyone into a panic until she perks up again a few minutes later saying there was someone at the door and she had to go AFK for a sec.

On top of that, you’ve got characters breaking through that other fourth wall to talk directly to the player. The game pokes fun at the real world’s game industry, to which the characters are oblivious, at the same time as the 4 Goddesses Online that they’re playing satirises their “real” world. It’s brilliant. 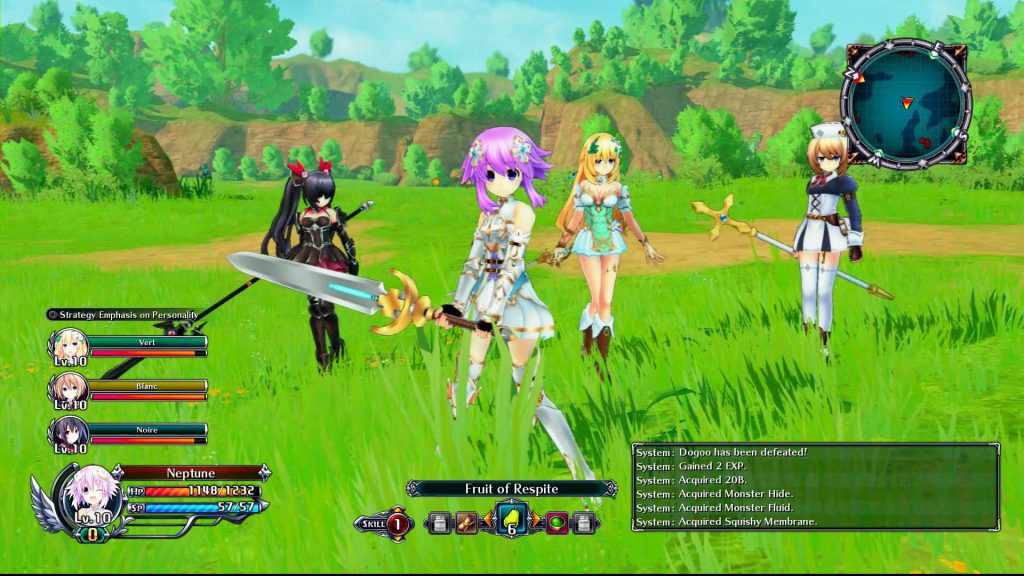 As you might expect, the characters steal the show, adding an element of personality and humanity that helps make all the humour land. They’re all eccentric in the most adorable ways possible, and even when you’re expect them to get annoying, they never do. It’s always funny to set how their personalities riff off the consoles they’re based on, but the love and affection in the way the women interact with one another is the real draw.

It plays like a typical MMO, warts and all, and the mundanity inherent in such systems is the joke

While all of this is going on, the game tasks you with fairly standard MMO stuff: fighting your way through dungeons, killing things, collecting materials and loot, and so on. No part of this is particularly inspiring, or even all that interesting, but that in itself is part of the game’s grand satire. It plays like a typical MMO, warts and all, and the mundanity inherent in such systems is the joke—for both the player and the characters in the game.

Joke or not, that mundanity can also be enjoyable in the way that it is in an MMO proper. There’s something soothing about absent-mindedly grinding out levels or gathering herbs, free from both the pressures of real life and the intensity that often comes with playing a game. Swimming through fetch-quests while the game’s women bark jokes in the background is a great way to unwind. 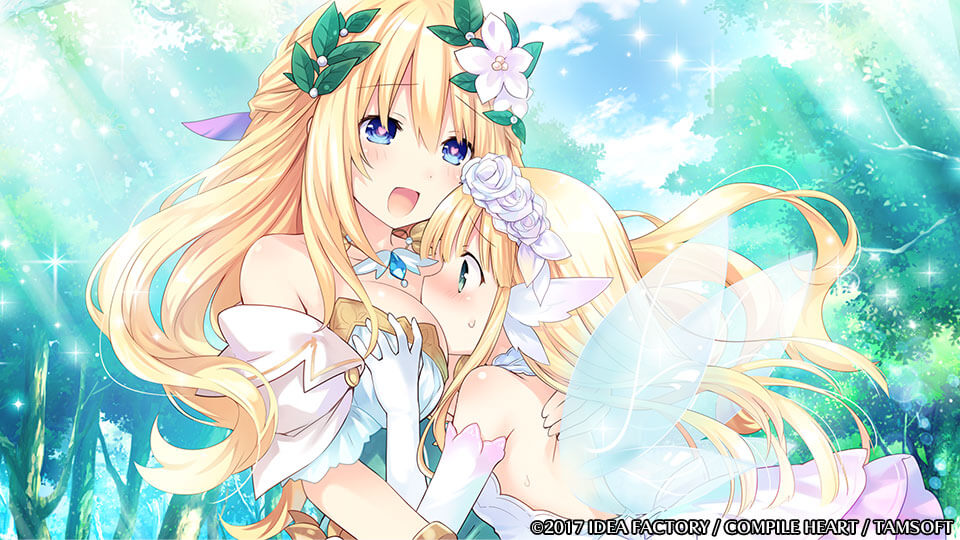 That said, I do think the combat system in particular could stand to be a bit more polished. There are a lot of weird hit detection quirks, particularly around parries and counterattacks, that make an aggressive approach far less effective than it should be. Maybe this is intentional—an attempt to simulate lag, perhaps?—but to me it felt less like a part of the joke and more like a design issue that should have been picked up in testing.

That does little to interfere with the sheer joy of playing 4 Goddesses Online, though. The combat and quests, simple as they are, create a comfortable and familiar game loop, while the characters and story pick apart the MMO genre with Neptunia’s unique brand of self-aware humour. Hilarious and heartwarming is everything I’ve come to expect from the series, and 4 Goddesses Online is no exception.

If you enjoyed reading this and plan to buy 4 Goddesses Online, you can help Shindig by using this Play-Asia affiliate link.