You can always improve a game concept by adding cats and an onslaught of cat-themed puns. Always. The latest example of this is Cat Quest, a small, straightforward open-world RPG that finds plenty of charm in its feline persuasion.

Cat Quest starts as many a game does, with someone close to the main character—their sister, in this case—being kidnapped by a villain for reasons unknown. Thus our bewhiskered hero sets out on a “Catventure” to rescue his sibling, accompanied by a chatty cat-eared spirit called Spirry.

As it turns out, the silent, nameless protagonist is special: they’re one of the Dragonblood, a clan of dragon hunters long thought to have disappeared. That seems to be the reason the sister was kidnapped and the key to the Drakoth’s evil plans, but it also means that the hero can use magic, and has the power to stop the bad cat once and for all. 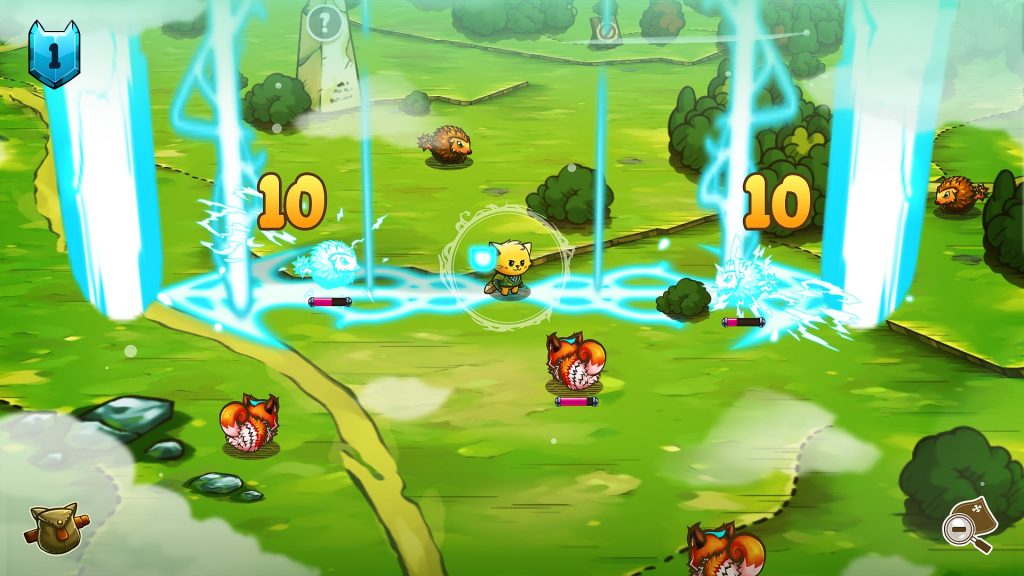 Sound familiar? Cat Quest deliberately sets itself with a by-the-numbers RPG premise for the sole purpose of poking fun at the genre. After an early encounter with Drakoth, Spirry comments that he’s about as generic a villain as can be, before conceding that that makes him easier to hate. Sidequests are plentiful, silly, and  often delightfully self-aware—like cats cursed to unwittingly make pointless requests of adventurers, only to have no memory of it when you return with the job done.

And, of course, Cat Quest is bursting at the seams with cat puns. Every location is named something like “Catpital City” or “Pawcific Ocean”. Characters throw words like “furry” into their dialogue in lieu of more human swears. Spells are called things like “Healing Paw” and “Purrserk”. If there were such a thing as “too many cat puns”, Cat Quest would almost certainly be guilty—fortunately, you can never have too many.

All of this gives an otherwise simple hack-and-slash game a degree of charm and humour that a lot of games—especially the open-world RPG variety—often lack. Combat is a straightforward case of hammering away on the attack button and dodging telegraphed attacks, and the quests lean heavily into fetch-quest territory. But the simplicity of it all works beautifully, and the irreverent, often self-deprecating sense of humour really helps carry it. 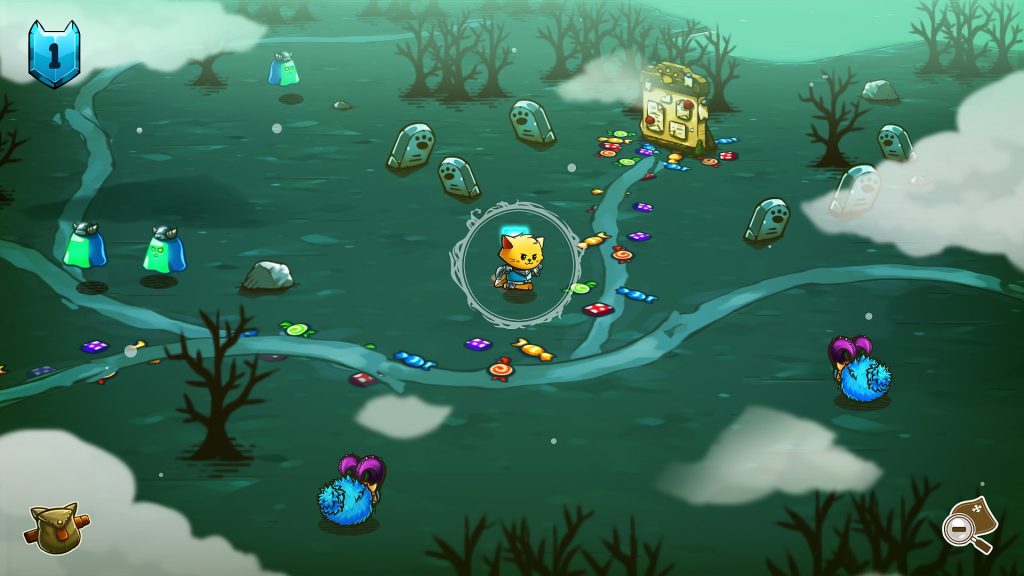 Though the combat is simple, Cat Quest still gives you some degree of variety in playstyle through equipment. There’s a wide range of weapons, hats, and armour in the game, and they can drastically affect your stats—wizardly gear tends to increase your magic power while severely reducing your physical attack power; ninja gear gives you strong physical attacks at the expense of health; and so on. These stat changes don’t drastically alter the game, but they do change how you approach combat enough to make it feel like the choice of equipment carries some weight.

The world of Felingrad is small as far as open-world games go, but that’s part of Cat Quest‘s appeal. Instead of a massive time sink, it’s a game that you can play through in a handful of hours, and then tack on a handful more if you like it enough to want to go for full completion. Many would see this as a failure, but I just see a game that’s not interested in wasting my time. Even so, there are plenty of quests to do and dungeons to explore, and your initially limited scope for travel really opens up when you learn to walk on water (despite being a cat!) and, later on, to fly.

The world itself is gorgeous, designed to look like an adventurer’s map with place names and regional borders drawn straight onto the ground. The whole game has a cartoony 2D look that’s perfect for a such a comical game, and the vibrant colours and energetic soundtrack bring it all to life wonderfully. 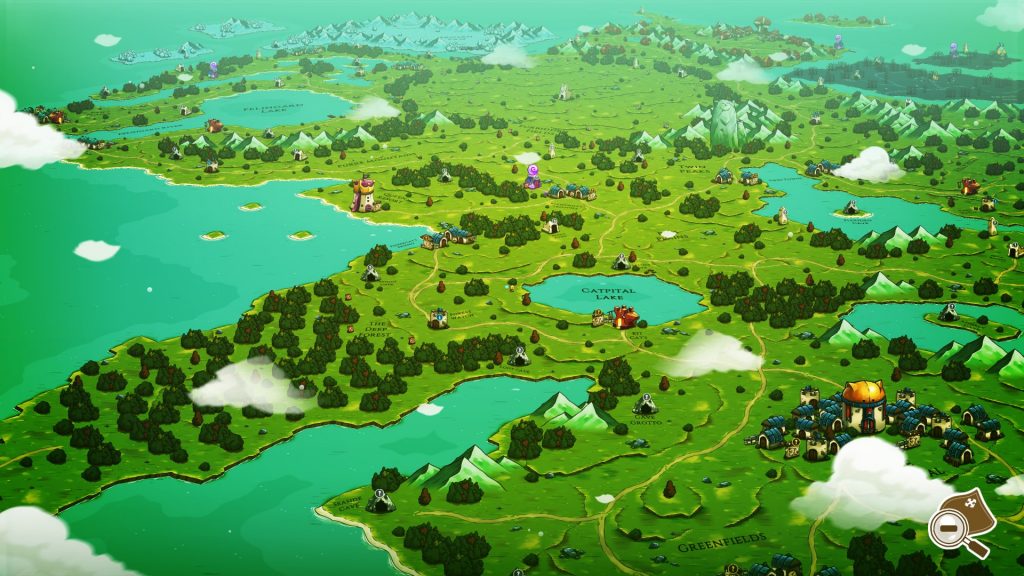 Cat Quest is developed by The Gentlebros and published by PQube. It’s available now for PlayStation 4 (reviewed), Nintendo Switch, PC, and mobile.