When I reviewed the last Casey Powell Lacrosse game, I spoke on the difficulty the game faced in that it had obviously catered to hardcore fans, but was going to struggle to attract new gamers.

This remains true in the 2018 version. A large part of this is due to the complex controls; while you can succeed using the quick pass and quick shot options synonymous with sports titles, these simplified versions will penalise you much more than in, say, the NBA 2K series (where you can choose the shot with the thumbstick, or pass to specific players after tapping the shoulder bumper to bring up a menu in which specific positions are represented with buttons). The in-depth controls can require some significant contortion of your hands, and overall it just pushes you to use the simplified controls even more.

One of the biggest barriers to novice players stays, in that the only tutorial or explanation of the rules comes on the loading screen, in the form of what would have previously been a game manual. This game throws you in the deep end, and as any sports fan will know, sports have their own specific sets of rules which can take time to learn. Once you learn the offside rule (only seven defenders in one part of the field, and six in the attacking part) the only real problem will be hitting people from behind, but there’s still another layer of strategy, formations, etc which never gets explained. 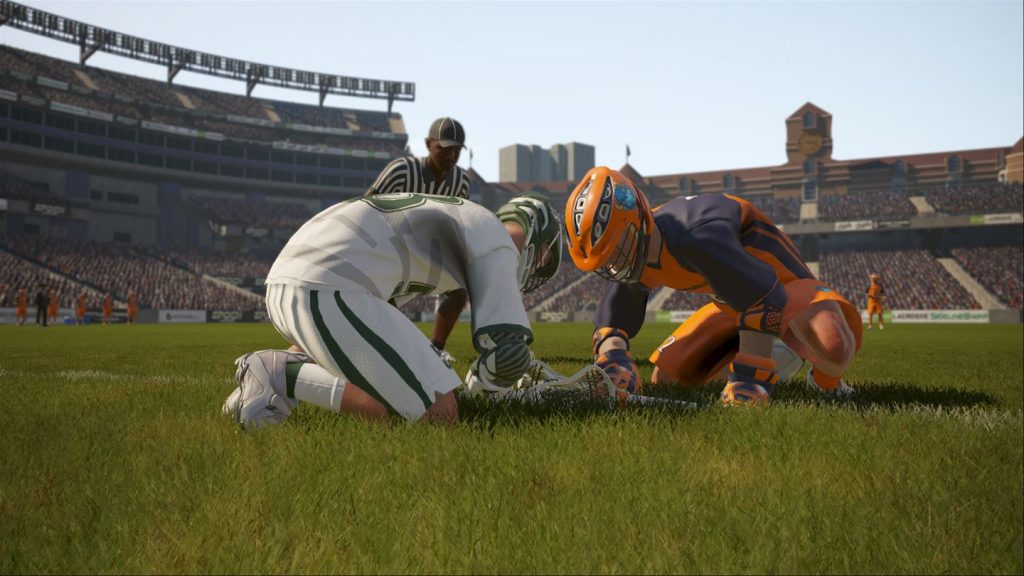 A training academy would also be beneficial, as all those complex controls are never taught or explained to the player, nor are their benefit or the situations to use them. You have specific passing, shooting, evasion and defensive moves, and they are all powerful when used correctly.

Crosse Studios has the ambitious goal to grow the reach of lacrosse through video games, but I remain cynical about whether this series will help achieve that goal. People can overlook the lack of polish, which is expected with the budget they are working with, but the barrier to entry remains too high to keep new players interested, and the failure of the National Lacrosse League to get on board with licensing means casual fans have to go through the process of downloading custom rosters in order to get the teams they follow.

Casey Powell Lacrosse 18 does cater completely to the hardcore LAX, fan though. All the gameplay mechanics are solid (if still forgivably clunky) and the AI largely operates as you would expect it to. As with the predecessor there remains a massive amount of customisation, from players themselves to stadiums and teams—a cheeky way to get around the game having zero NLL. 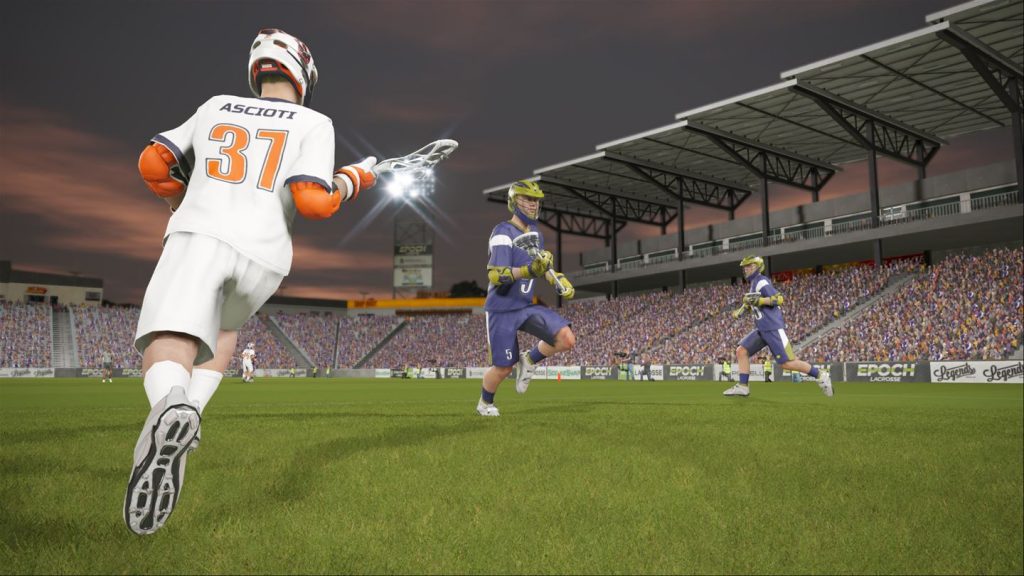 There are essentially two modes in the game; a career mode as a player or coach, or quick play. In career, growth is slow and goals are sometimes bugged. (For instance, in my second game I was given the goal to achieve 125 passes in a game. Easy when you’re a coach controlling the whole team; near impossible as a player. I spammed passing and calling for ball in one quarter, and managed 28 passes).

You can allocate points you earn to skills, which increase in cost as you level them up —a mechanic we’re all familiar with—but you’re really going to have to specialise in one or two areas to begin with. Do not try and build an all-round balanced player, as you’ll quickly run out of points.

The lack of depth to the career mode (or other options) does have you wondering why so much time has clearly been spent on customisation while the play modes are once-over-lightly. There are touted improvements to gameplay, but nothing struck me. 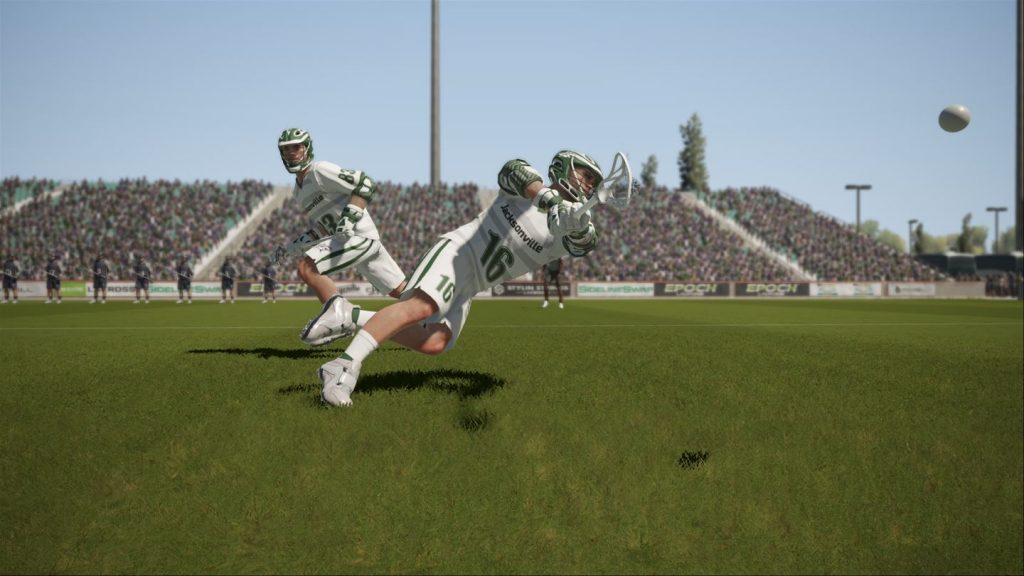 The less said about the game’s presentation, the better. It’s a low-budget title, so the characters are clunky, the commentary is probably about five minutes in total, and music is non-existent. Nevertheless, Crosse Studios have persisted and tried to emulate the big games: after each match, you’ll have to skip through five cutscenes of celebrations. Both pre and post-game feature closeups of the crowd, who look like Pitfall Harry from the Atari.

As I have pointed out multiple times in this review, it is clear that the game is made on a lesser budget than the EA and 2K sports titles. However, the game retails for $85 in New Zealand—for comparison, NBA 2K and Madden tend to be around the $100 mark. I don’t think the game is worth that $85 price. I could see $50 at a push. The lack of depth is just too much to justify the price tag; all those other sports titles have a lot more to do than a career mode and a quick play mode.

Sure there’s online too—which played fine—but it’s just lacking a lot of depth. There persists a mentality among gamers who are fans of “niche” sports that they must buy titles in order to ensure there will be more in future; look where that has gotten rugby union and AFL fans. They continue to get shoddy, sporadic releases in which it’s hard to determine what improvements the money from the last release went toward. 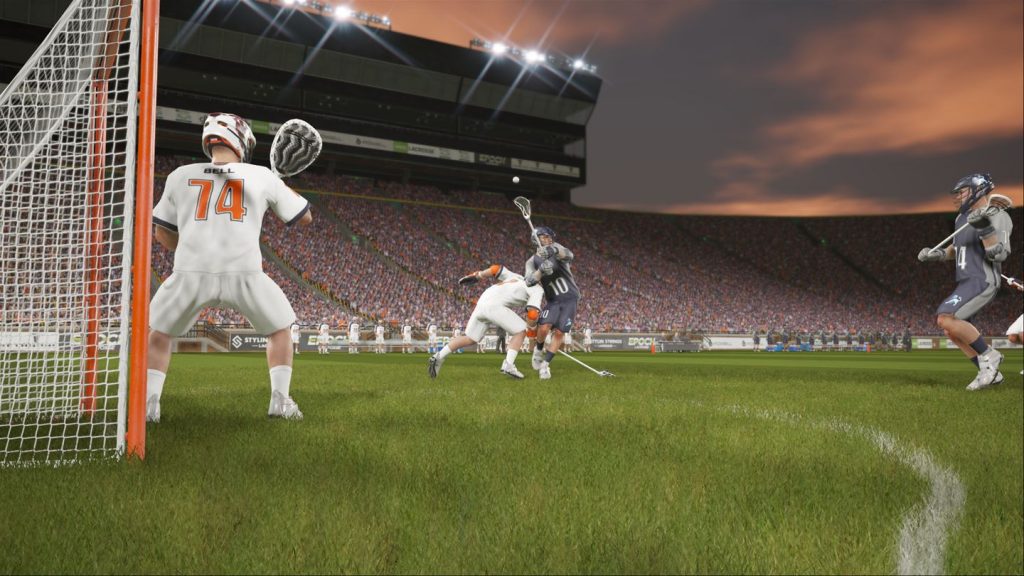 Gamers down under will be most familiar with publisher Big Ant Studios through the Rugby League Live series. Last year’s game was not well-received among the league community. Casey Powell Lacrosse 18 could be seen as a positive sign for these fans—Big Ant and Cross Studios have remained committed to a title which truly reflects the intricacies of their sport. They just need to try and make it more accessible.

Casey Powell Lacrosse 18 is developed by Crosse Studios and published by Big Ant. It’s available now for Xbox One (reviewed), PlayStation 4, and PC.