Set within a lordly mansion in the 19th-century English countryside, Ebi-hime’s kinetic novel Blackberry Honey tells a sweet, heartfelt story of unexpected romance among a pair of maids. After being unceremoniously dismissed from her previous job at Hartwell, she finds herself new work at Bly estate. A maid’s work is never easy, especially when she finds herself being bullied by her seniors and surrounded by nasty rumours about her departure from Hartwell.

Then she meets Taohua, an enigmatic parlour maid who’s the subject of her own share of gossip. Her unusual and refusal to go to church spurn whispers that suggest she’s a witch, and her aloof personality does little to quell such talk. Lorina is scared of Taohua, but also finds herself strangely drawn to her—though she can’t explain why.

Then it happens: a chance encounter with Taohua leads to a kiss, and from there Taohua and Lorina start spending more and more time together, getting closer and closer. They’re a match made in heaven (so to speak): Lorina’s young, naive when it comes to love and sex, submissive, and enjoys being teased; Taohua’s older, more worldly, elegant, and loves teasing her “pet”. 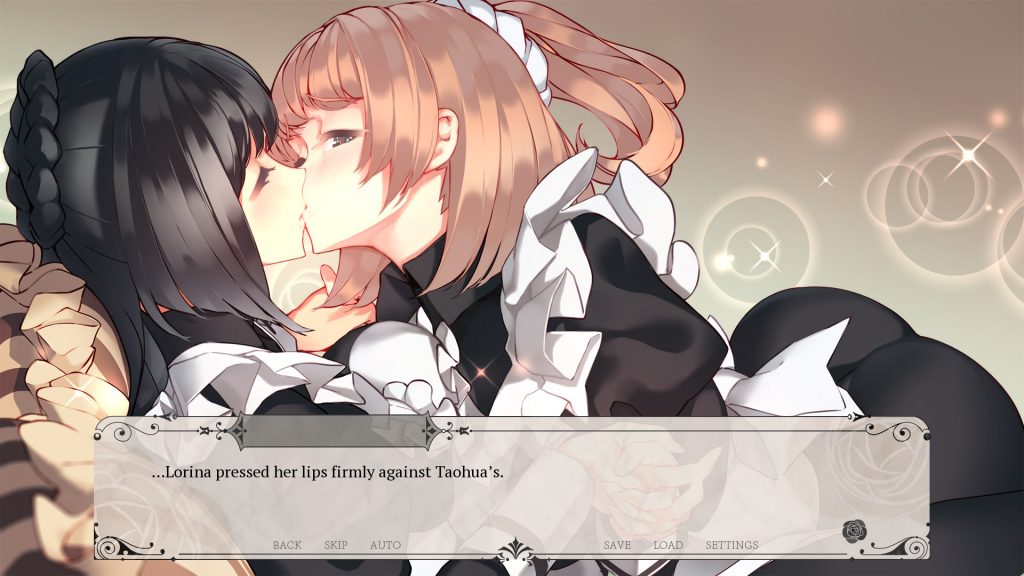 This is a familiar setup, and indeed, Blackberry Honey does little to push boundaries; it’s an historical lesbian romance, touching on everything you’d expect from such a story. Instead of innovation, the game’s focus is on taking this concept and delivering on it as well as possible, and it works wonders.

The quality of the writing can’t be overstated. There’s plenty of the sort of flowery prose that you’d expect from a period drama, but Blackberry Honey doesn’t get bogged down in archaic or overwrought language. Rather, the writing conjures up vivid imagery to augment the illustrations and bring each scene to life. “All of a sudden, the sunshine seemed a touch warmer than before. It was making Lorina’s cheeks burn—or perhaps they were burning of their own accord.”

The dialogue is natural and rife with personality, allowing each character to stand out. Lorina’s energetic, hot-headed, and just a bit clumsy; Taohua’s mature and quietly powerful, but not averse to the odd joke or some playful teasing. The supporting characters share the same focus on identity, from young Lady Constance’s bratty attitude to the somewhat broken English of Lottie, a maid from Switzerland. 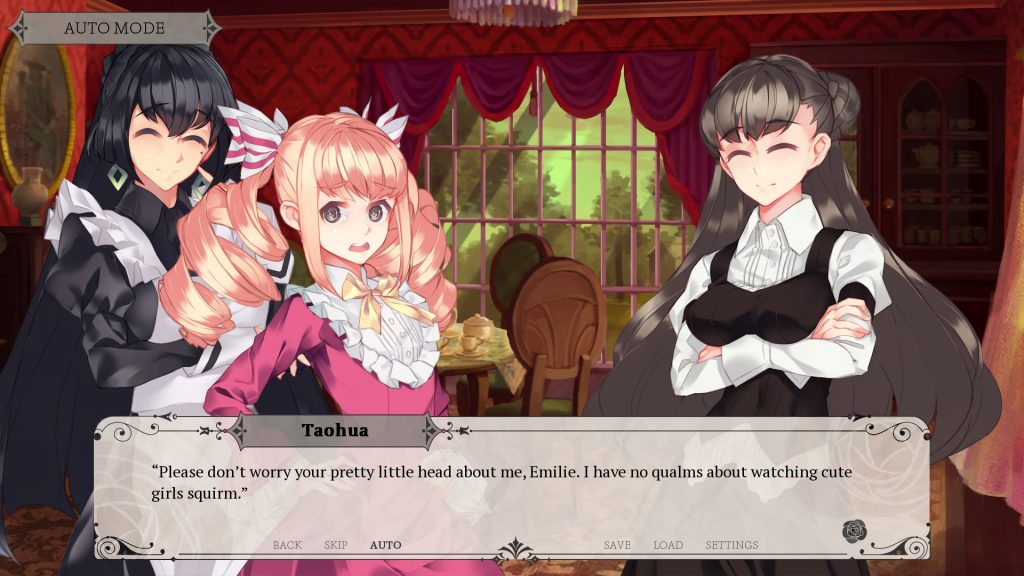 Oddly enough, the dialogue and language feels much more modern during Blackberry Honey‘s handful of sex scenes (assuming you’re playing the R18 version, as I did). This was a deliberate move on the part of writer Ebi-hime, because—according to some development notes available within the game’s extras—”I assumed nobody would want to read sex scenes with euphemisms like ‘thatched cottage’ and ‘mossy treasure’, so I decided to use modern terms instead.”

The effect is slightly jarring, but I think that’s to Blackberry Honey‘s benefit. The juxtaposition of words like “pussy” and “fuck” against the Victorian-inspired language throughout the rest of the game adds weight and impact to those moments. They’re sexy and intimate scenes anyway, but they feel even more so with modern vernacular. (That said, I’m very onboard with bringing “mossy treasure” back into vogue.)

While much of Blackberry Honey is centered on the sweet, sexy interactions between Lorina and Taohua, it’s nonetheless a tale that goes to some dramatic and thought-provoking places. Victorian attitudes towards lesbianism come up a lot, particularly in the early parts of the game as Lorina tries to reconcile her budding romance with Christian teachings; she’s been brought up to believe that it’s a sin, yet it feels so right and harmless to her. 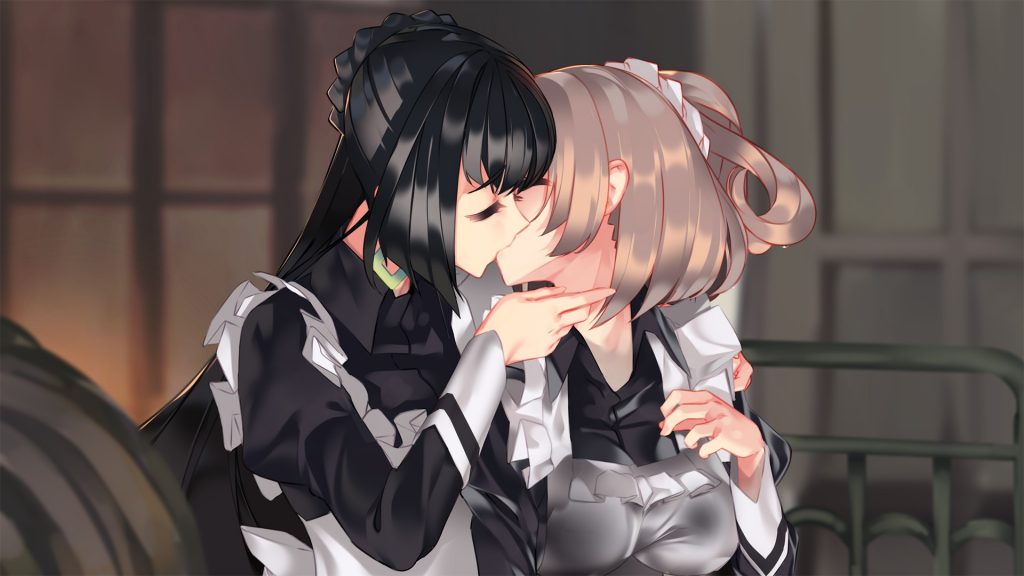 The game also explores issues of sexual harassment and Orientalism. Lorina’s departure from Hartwell, ultimately, came from her speaking out about sexual harassment—but instead of justice, it lead to her losing her job and being made almost unemployable due to being labelled a “hussy”. Taohua, meanwhile, has to deal with being treated as some sort of exotic artwork, due to her Chinese background. She has privileges that few other maids do (like her own room), but it’s because she’s seen as a prize possession more than anything else.

This all comes together to make Blackberry Honey a game that’s by turns cute, insightful, funny, dramatic, romantic, and sexy. I’d suggest playing the adult version, because the sex scenes are quite something and bring a lot to the whole story, but the all-ages version is almost as good. This is a beautiful game, and well worth a look for anyone who enjoys yuri visual novels.

Blackberry Honey is developed by Ebi-hime and published by Sekai Project. It’s available now for PC.