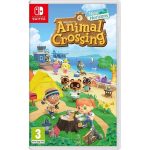 If there’s one message in Animal Crossing: New Horizons, it’s this: slow the hell down. In a time when trying to rush through a game and see everything it has to offer as quickly as possible—not least of all because there’s a million other games queued up to play afterwards—here’s one that says “No. We’re not going to let you do that. You’re going to take it slow and enjoy being in the moment, rather than rushing headlong from goal to goal.”

Honestly, it’s frustrating at first. The drive to try and consume a whole game in the biggest bites possible is hard to unlearn, and especially in the game’s early hours, there isn’t a lot of “stuff to do”. But once you start playing New Horizons on its own terms, and realise that it isn’t a game about “doing” so much as one about just existing in your own little slice of the world, that slow pace and deliberately laboured progression become liberating.

Related: f you want something that scratches a similar simulation itch but is a bit more objective-driven, Rune Factory 4 Special is well worth a look. Here’s our review.

Almost everything in Animal Crossing: New Horizons is tied to the real world clock and calendar. Most of the resources you use to craft things and make money spawn on a daily basis, making it difficult to really farm items and money. All of the game’s major progression milestones, from upgrading your house, to having new villagers move to your island, to unlocking new facilities, are tied to the real-life day night cycle—once you’ve met the requirements for whatever the task is at hand, you’ll have to wait until the following day to see the results.

Some things are seasonal, meaning you won’t get to truly experience everything that New Horizons has to offer until you’ve played for a year (or at least six months, if you have the benefit of friends in a different hemisphere whose islands you can frequent). With spring comes cherry blossom season, and host of different crafting recipes and materials you can only find then. If you want to catch sharks, you’ll need to wait till summer; if you want to find tarantulas, you’ll need to wait till winter.

Even the game’s interface seems to exist expressly to slow you down. It’s full of minor inconveniences, like having to cycle through lines of dialogue every time you want to sell items at a shop or not having any way to craft items in bulk. Many would cite such things as oversights or poor user experience design; I think they’re a deliberate attempt to make players slow down for a moment.

This idea goes right down to the most basic action: movement. The normal walking speed isn’t laboriously slow, but if you want to move faster, there’s a run button—the catch is that being careless with it quickly becomes more of a hindrance than just walking. Running too near a fish or bug will make it run away—or, in the case of scorpions and tarantulas, suddenly charge and try to attack you, knocking you out immediately if they’re successful. Running over flowers one too many times will see all the petals fall off.

All of these are things that, in isolation, sound frustrating to have to deal with. In most other games, they would be. But Animal Crossing: New Horizons isn’t most other games; it’s a constant reminder to take it slow

On paper, it’s a simulation game in the vein of city-builders and Harvest Moon-style farming games: you start a new life on a mostly uninhabited island, alongside a couple of other (anthropomorphic) settlers, living in a tent. You soon learn how to make basic tools to gather resources and craft some simple, mostly decorative items, and with those things you can start to slowly shape the island into whatever you want it to be.

Over time, you’ll gain new tools that let you venture further afield, and facilities through which you can construct things like bridges and housing plots. So all the pieces of a traditional simulation game are there, albeit on the scale of a “village builder” more than a “city builder”.

But thanks to New Horizons‘ numerous “slow down, bruh” features, the game isn’t a constant drive for never-ending progression. No matter how many hours you play, there’s only so much you can do in the space of a day. With the rest of the time, you get to just… enjoy what you’ve created. Go catch a fish or two. Take the time to redecorate your home. Sit back and look at the stars. Maybe you’ll even get bored and just turn the game off until tomorrow, and go do something else—that’s fine too. This is a game to be played in small bites over the course of a year (at least), not to sprint through in the space of a weekend. Take it easy. What’s the rush?

This isn’t to say that Animal Crossing: New Horizons is completely void of traditional objectives and goals; quite the opposite, in fact. There are a bunch of different, interconnected progression systems: upgrading your house by taking out and paying off a series of increasingly hefty (but, thankfully, interest-free) loans; trying to improve the island’s rating to make it a more desirable place to live; completing achievements to earn “Nook Miles”, which you can then spend on a variety of useful things; completing a catalogue of fish and bug species, and displaying all those in the local museum.

There’s plenty of stuff to do in New Horizon, but by deliberately impeding your ability to sprint through them, the game makes sure such concrete, predefined goals aren’t the be-all and end-all. It wants you to remember that doing isn’t all there is in the world; just being is every bit as important.

However, this all comes with one big caveat: time travel. If you really want to, you can easily bypass a lot of Animal Crossing: New Horizon‘s roadblocks by changing the time and date of the Nintendo Switch clock. Doing so can quickly complete a construction project that would normally take a full day, or jump you ahead to a different season to catch some rare seasonal fish. There’s an ongoing debate about whether this is “cheating”; frankly, I think that’s a moot point. It’s not a competitive game, and people can play it how they want.

If you liked this review and plan to buy Animal Crossing: New Horizons, you can support Shindig by getting it from NZGameShop using this affiliate link.

But it raises the question of what you lose by choosing to play that way. That’s something each person can only answer for themselves; personally, I think it’s too much at odds with the ethos of the game, and the clear effort by the developers to encourage players to stop for a moment and smell the flowers. In my first couple of weeks with New Horizons, I tried to rush through it—not to the point of time travelling, but grinding as much as the game’s systems allowed, and trying to do everything that I possibly could each day. And I won’t lie, I enjoyed that.

But more recently, I’ve been playing much less. At maybe an hour or two a day, I’m “progressing” at a much slower rate than even the game’s gated progression systems allow for. I’m a long way from fully upgrading my house, and most of my island is still a wildland (albeit with a few park benches here and there). I’m enjoying my time with it more than I ever did when I was trying to rush through it.

Each day I pick a few apples, catch a few fish, check out the fashion outlet to see what new looks are on the shelves. I run around, and just exist in my own little place for a bit.