0°N 0°W (pronounced “zero north, zero west”) is a tricky game to describe. It doesn’t follow traditional game design structures at all; if you had to group it within a genre, “walking simulator” would probably be the closest you could get, but even that doesn’t really capture the essence of the game.

Essentially, 0°N 0°W is a game about exploring a series of abstract, psychedelic environments. There aren’t any clear-cut goals, save finding the door in each level, which then takes you to another randomly-chosen one. And so it goes on, seemingly endlessly; if there’s an “ending” of any sort, I’ve yet to find it.

Rather, the game is simply about basking in the colourful abstractions. Each level looks like what would be a graphical glitch in any other game, as shapes crash together and visual filters distort things even further. There are remnants of more “traditional” level design in there—I often found myself inside an apartment or on the outskirts of a big city, for instance—but they’re always seen through that abstract lens. 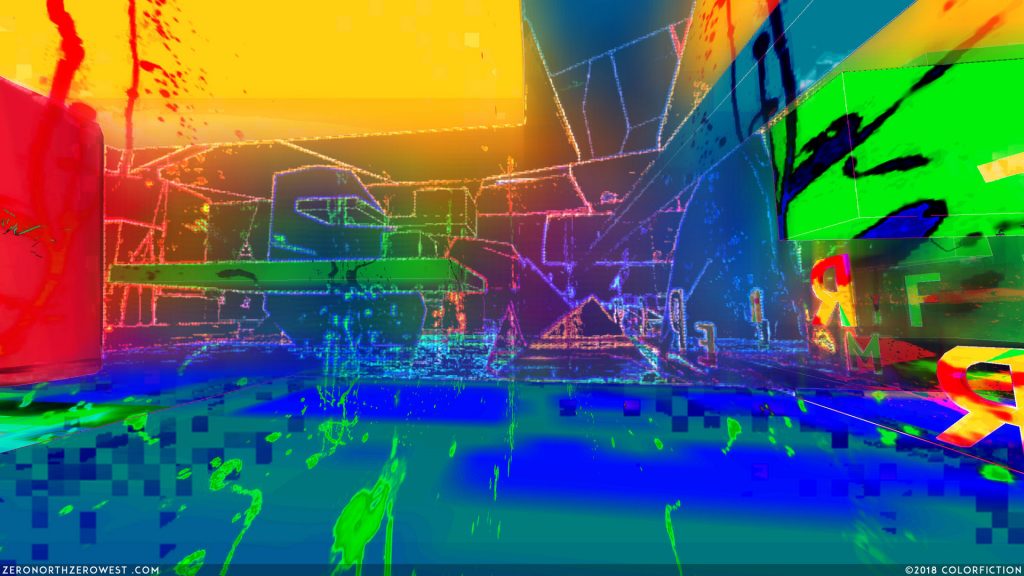 The result can be quite profound. Sometimes, the colours and shapes come together to create a playful sort of environment, almost like a kids’ fun house; at other times, jagged wire frames and moody colours make the world feel decidedly hostile. Sometimes you get something adventuresome, perhaps even with some light platformer-like jumping puzzles in there; other times you might get a vast emptiness to get lost in.

What’s consistent among all the different levels and procedural variations thereof is the sort of sensory overload that you can expect. The photosensitivity warning when you load up the game is well earned, and even as someone without any history of reactions to such stimuli, I found 0°N 0°W could get physically uncomfortable after even relatively short bursts of play. I don’t mean that as a criticism—though, obviously, it’s something to be mindful of if you’re particularly affected by such things.

Rather, the discomfort seems deliberate. This is a game that makes a point of breaking the rules about what a game “should” look like, and the reaction of body and mind to those broken rules is a fascinating thing to be a part of. 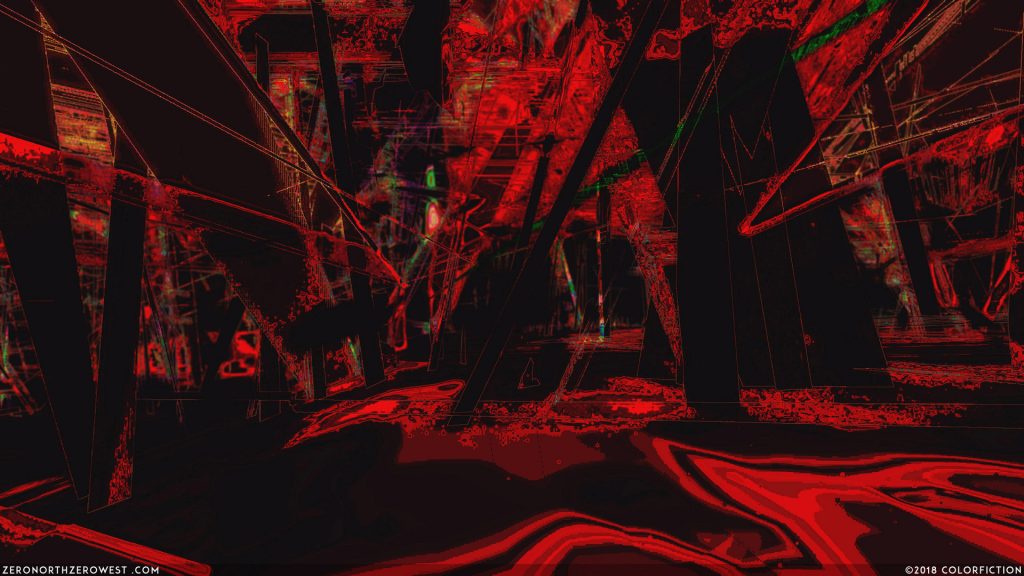 This all ties in to the game’s title. In cartography, 0°N 0°W refers to the point at which the equator crosses the prime meridian, which has the coordinates 0N, 0W. Located in the Gulf of Guinea, this point has developed some curious modern folklore around the fictitious “Null Island”. Geocoding tools like Google Maps often use these coordinates as a default for errored searches—misspelled street names, nonexistent addresses, and the like. Instead FF trying to spit out coordinates that don’t exist, and probably breaking the system in the process, the geocoding software spits out null, null—or 0°N 0°W.

Read more about “Null Island” in this blog post from the Library of Congress.

“Null Island”, then, is a strange conflux of computational error and fantasy mystique, which certainly describes 0°N 0°W as well. The game opens with a live-action, first-person video of someone packing their luggage and leaving on a trip, before getting stranded in a small town. The only place open is a little cinema called 0°N 0°W, and upon going in, you’re whisked away on this sensory journey. And, as I said before, the different levels look like they would be graphical glitches in any other game, so 0°N 0°W presents its own “Null Island”—albeit one of errors in game code, rather than geocoding.

If you couldn’t already gather, this isn’t a game for someone looking for a traditional game experience full of objectives to overcome and pretty sights to see. But as a work of abstract interactive art, 0°N 0°W is a fascinating game that’s well worth spending some time with. 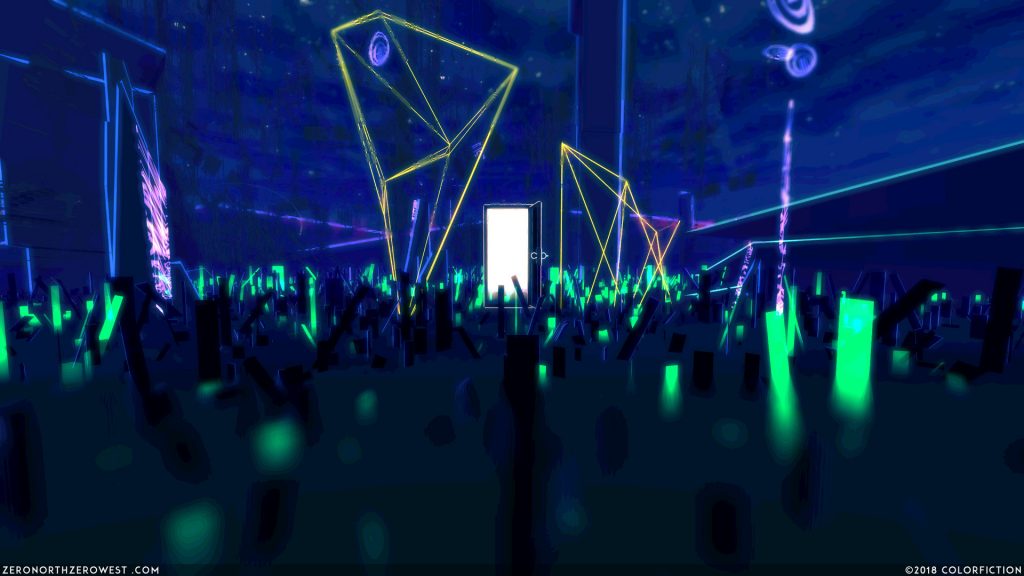 0°N 0°W is developed by and published by Colorfiction. It’s available now for PC (reviewed).