Earlier this week, Weekly Famitsu unveiled Atelier Lulua: The Alchemist of Arland 4 for release in Japan next year. A Western release was pretty much a given, but the announcement came sooner than I think most would have expected: Koei Tecmo today announced a spring 2019 (autumn 2019 in ANZ) for the game, under the  title Atelier Lulua: The Scion of Arland.

“This heart-warming new entry follows the young Elmerulia Fryxell; an energetic and positive young girl who studies alchemy diligently to live up to the legacy of her mother – the famous Rorona Fryxell. Supported by her close childhood friend, the hardworking and caring Eva Armster, she works hard to fulfill her dream and become a renowned alchemist. Fans of the Arland series will be able to re-meet old characters, and re-explore the land of Arland, to see how the flow of time has changed everything they once knew.”

The Scion of Arland will once again see the talented Mel Kishida on character design duties. Mel’s soft touch and penchant for pastel colours always gave the Arland games a unique beauty even within the Atelier series. Judging from the first piece of promotional art, Scion looks set to continue that trend: 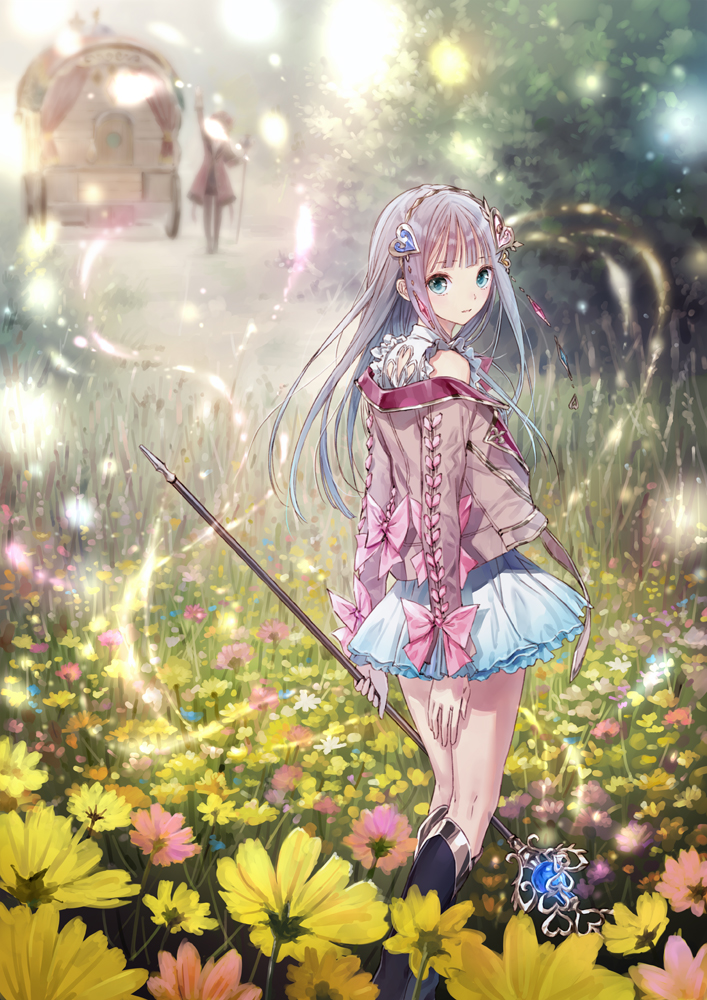 In an interview in Weekly Famitsu (as translated by Gematsu), producer Junzo Hosoi described Lulua as “a protagonist who expresses her emotions with reckless abandon and has a good impression of everyone, you don’t feel she behaves sarcastically. She doesn’t act without thinking, she is able to carefully consider the feelings of others.” Famitsu also revealed that a key theme of the game is inheritance—as you might expect, given Lulua’s relationship with Rorona.

Atelier Lulua: Scion of Arland is coming to Nintendo Switch, PlayStation 4, and PC. It’s due out in North America and Europe in spring 2019 (and, barring any classification issues, in Australia and New Zealand in autumn 2019).

Meanwhile, for people who want to revisit the first three Arland games—or experience them for the first time—before Scion comes out, Koei Tecmo is bringing Atelier Rorona: The Alchemists of Arland DX, Atelier Totori: The Adventurer of Arland DX, and Atelier Meruru: The Apprentice of Arland DX to Nintendo Switch, PlayStation 4, and PC on December 4.