On Saturday (or Sunday, depending on your timezone), Square Enix launched a new in-game event in Final Fantasy XIV. “The Rising: A Missing Minstrel and a Perilous Pest Problem” – or simply “The Rising 2017” – is a celebration of the fourth anniversary of the launch of Final Fantasy XIV: A Realm Reborn, and follows on from similar commemoration events from the past three years. It’s utterly delightful.

The Rising 2017 continues the theme from last year’s event of fighting strange, mechanical insectoids called bugs. The 2016 event had you fighting the bugs yourself in a special FATE; it was a comical nod to the ongoing job of the game’s development team in squashing (development) bugs, and a neat acknowledgement of the role that players have in helping with that task.

This year, you don’t fight the bugs yourself – in fact, there’s no combat whatsoever throughout the quest line. Instead, you’re sent on a mission to find the Wandering Minstrel, who’s gone missing, only to find the remains of some destroyed bugs and a strange teleportation device. When you activate the device – because what kind of adventurer doesn’t use a mysterious device with no idea of what will happen – you find yourself whisked away to a strange dungeon, where the Wandering Minstrel is stranded.

What follows had me grinning from ear to ear: escaping from this place involves working your way through the Cheap Dungeon in a first-person dungeon crawl. It calls to mind old games like Wizardry and Might and Magic, and even plays out in deliberately low-fi presentation. There’s no combat, so it’s purely a maze game, and it includes an auto-mapping feature, so there’s no need to worry about it getting too frustrating. The Cheap Dungeon spans two floors, and escape involves figuring out a seven-letter password with clues scattered about the place. It’s not hard, but it’s a huge amount of fun, and it makes me want a whole game in this style – be that as a Final Fantasy XIV mini-game, or a standalone thing. 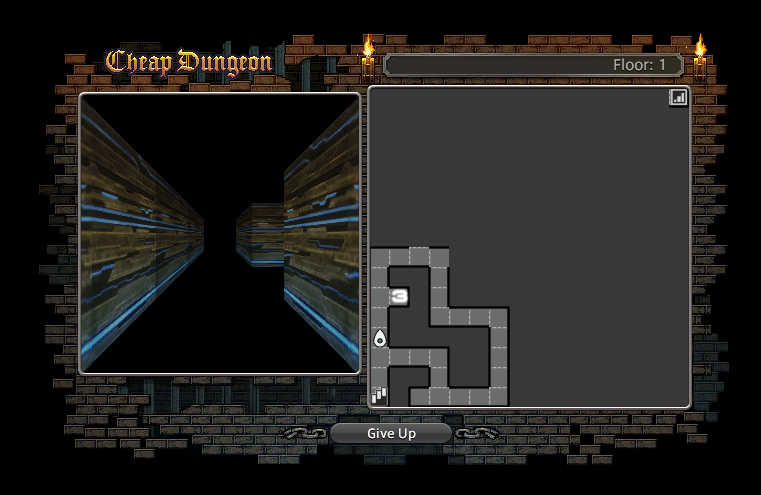 It’s also full of neat little Easter eggs, like notes on the walls that poke fun at the developers’ Sisyphean task of squashing out and endless stream of bugs. There’s also a nod to Final Fantasy XI’s famous (infamous?) Mordion Jail, where the characters of players who broke the game’s terms of service could be imprisoned and their transport skills disabled so they can’t escape; before going into the Cheap Dungeon itself you find yourself in a locked cell with the Wandering Minstrel, who laments the disabling of his teleportation magicks.

The best Easter egg comes once you complete the dungeon though. I don’t want to say too much for fear of spoiling it, but there’s an adorable cutscene that just filled my heart with warm fuzzies. Anyone who did last year’s event will know what to expect, but if you missed The Rising 2016 – as I did, and I’m sure did many other players who returned for Stormblood – then you’re in for a treat.

So go forth, my fellow Warriors of Light, and enjoy The Rising 2017! The event runs until Thursday, September 14 at 7:59 am (PDT), and you can start it by visiting an NPC called Nonora at the Ruby Road Exchange in Ul’dah. Full details are available on the Lodestone.