Playing through Dragon Quest for the first time in 2015 was a weird experience. It’s a game that hasn’t exactly aged well, but somehow, that made it a fascinating and rewarding experience. It’s a snapshot of the early days of console RPGs, an insight into where many of the genres standards originated.

Despite being newer and making lots of advances on its predecessor, Dragon Quest II: Luminaries of the Legendary oddly feels more dated. Where Dragon Quest thrives on its simplicity and its sense of history, Dragon Quest II feels like an origin story for some of the more tiresome console RPG cliches.

Most notably: random encounters. These are one of the most oft-railed against aspects of Japanese RPGs, and while I can understand, I personally don’t mind them. That is, unless you’re getting into fights every three or four steps, as is the case in Dragon Quest II. In their frustrating frequency, battles make me think of JRPGs of old, but not fondly. 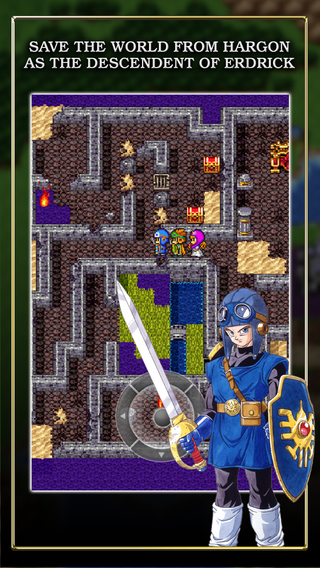 It wouldn’t be so bad, if it weren’t for the fact that Dragon Quest II took a giant leap forward in terms of level design. The world itself is much more expansive, full of places to visit, and retains the open-world structure of Dragon Quest. But it’s the dungeons that truly stand out: where Dragon Quest’s were simple, linear affairs, Dragon Quest II gives you veritable mazes that would be riveting to explore, if not for the encounters every few steps.

It’s a shame, because some of the dungeon designs rival (and in a lot of cases, completely outclass) a lot of what would follow in later games. JRPGs may be best known for turn-based combat and spiky-haired heroes, but exploration and puzzle solving are some of the genres fundamental building blocks, and Dragon Quest II is clearly a pioneer of that aspect.

It also introduced another genre standard, the party. Unlike Dragon Quest, which had you playing a solo hero, Dragon Quest II gives you a party of three to go about your adventures: the hero, the Prince of Cannock, and the Princess of Moonbrook. Each has their own strengths and weaknesses; the hero is the archetypal warrior, with lots of health and attack power but no magical ability, the princess is the opposite – powerful magic, but physically weak, and the Prince is somewhere in between. Enemies, too, come in groups, unlike Dragon Quest’s one-on-one battles.

On the one hand, this opens the door to a lot more tactical depth, even if it doesn’t deliver on that front was well as more recent games. Most encounters, including bosses, come down to spamming Attack and healing when necessary, though managing three characters’ HP and MP instead of one is certainly more interesting than Dragon Quest’s duels. The trade-off here? The already too-frequent battles are much long-winded, and get tedious quickly. 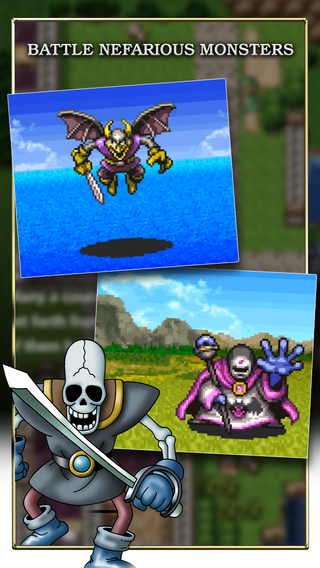 Dragon Quest II’s overarching structure and progression suffers in the same way as the dungeons themselves do: everything is bigger and more complex, but without the convenience of more modern design. The world is huge, and making your way through it involves a complicated series of tasks that ultimately leads you to the final boss’s lair, but the links between these tasks are much less clearly laid out. If you’ve got the patience to uncover everything yourself, you might find this great. But for me, the game was too vague, and coupled with the encounter rate making any kind of exploring a chore, I was quick to turn to GameFAQs. Admittedly, this was a problem in Dragon Quest, but it was far less noticeable there due to that game’s smaller scope.

In saying that, the mobile release specifically makes some huge quality-of-life changes. In the original release and the SNES remake, the Zoom spell could only be used to teleport to the town in which you last saved the game, but the mobile release makes it function like later games in the series, giving you a choice of places you’ve visited. Given how much time is spent running around from place to place, the convenience of this can’t be overstated. It also, thankfully, adds a new save / teleport / recovery point just before the final dungeon, instead of forcing you to go through two massive dungeons with no respite.

Ultimately, I think Dragon Quest II might be the weak point in the original Dragon Quest trilogy. It’s a big leap from the first game in terms of scope, and introduces things that would become mainstays of the series and JRPGs in general, like the party system. At the same time, it shows a lot of teething issues for the growth of the franchise, which may not have been a big problem at the time of its release, but certainly show their age today.