Games often struggle with the apparent rift between “casual” and “hardcore” audiences, and there are few genres where this challenge is as apparent as in city management sims. At one extreme, you’ve got the intense micromanagement of competing priorities and complex systems that are interconnected but also fundamentally at odds with one another. At the other end of the spectrum, you’ve got the relaxed joy of watching a city grow in the palm of your hands. Finding a balance between these two extremes is tricky, and few games even try to do it, let alone succeed.

Enter Aven Colony, a city builder sold on its science fiction, planet-colonising trappings, but whose real strength is the way it appeals to two very different audiences. It’s a game that’s incredibly relaxing to play, where you can watch your colony flourish under your guidance. But it also has some very deep simulation elements that, crucially, you can embrace or ignore as much as you please.

The basic idea as the same as any other city building game: you have to manage the needs of a growing city, juggling things like resourcing, jobs, housing, quality of life, and the economy. As your city grows, bigger populations and greater demands make things increasingly tricky – resources become scarcer, air quality suffers as a result of industrial expansion, crime rises, jobs and housing become more difficult to balance, and so on. Aven Colony brings some of its own touches through its extraterrestrial setting – domed walkways instead of roads, natural disasters like plague spores, unusual alien geography – but underneath all those mostly superficial sci-fi elements is a classic city builder that hits all the right notes. 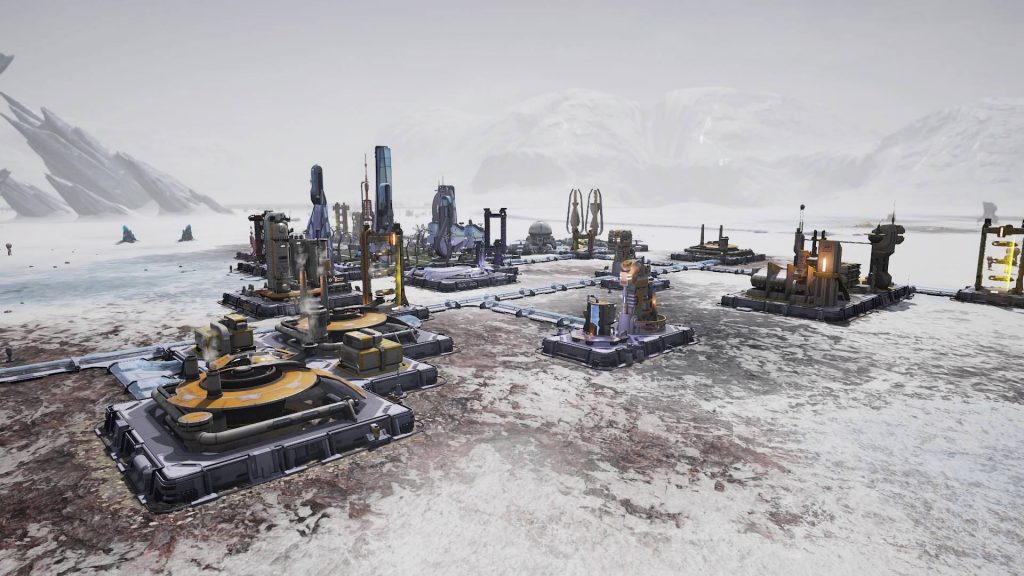 Things always start out pretty easy, with a landing pod, a handful of structures, and a few essential buildings like some sort of power generator and a hub for constructions drones. Build a couple of farms, a water pump, a housing outpost, a mine, and a nanite processor (all construction costs nanites, which are obtained primarily by processing ore), and you’ve got the first makings of a self-sustaining colony. Then you can start to expand – an immigration centre so you can invite new colonists, a trade hub for off-world commerce, research centres, defence structures like lightning rods and plasma turrets, and so on.

All of this is very typical of the city building genre, and like I said before, Aven Colony doesn’t really push boundaries. But like I also I said, its strength isn’t in innovation, but in an experience that caters to both hardcore and casual audiences that want very different things out of the genre. 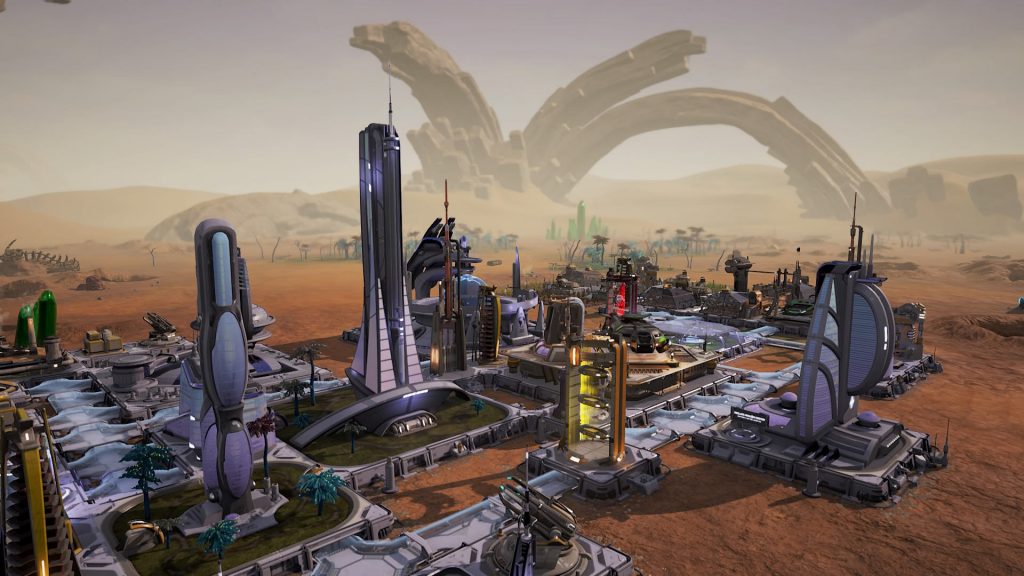 The most basic example of this is the range of difficulty options. The campaign’s choice of seven different settings, from Cakewalk to Insane; the easier the setting, the more plentiful the resources, the less frequent the disasters, the greater the quest rewards, and so on. For sandbox mode, you can manually adjust each individual difficulty-relevant setting to your liking before you start. At its easiest, a round of Aven Colony is pretty much impossible to lose, so you can just take it easy and build your colony at your own pace, without the threat of failure. I definitely tend toward the more casual end of the spectrum (at least for this genre), so this is how I spent most of my time.

But even within a chosen difficulty setting, there is a range of options and systems that let you choose the extent of micromanagement you want to deal with. A broad selection of overlays give you a quick glimpse on how your colony is performing on different criteria – air quality, crime rates, health levels, colonist happiness, etc. – so you can identify areas of concern. You can also ignore this entirely, because the game will alert you when things get bad, and let you jump to the source of the trouble at the click of a button so you can remedy the situation. You can also go the other way and manage all of these things in fine detail, by tweaking settings of individual facilities, like the staffing priority.

You can get a general sense of your colonists’ feelings and common complaints with a simple population overview and regular referendums, or use overlays to see trends across different areas of your colony. Or you can, again, just ignore all that until the game warns you of impending crises, or look at a detailed list of every citizen and their individual feelings. You can implement a range of different policies that impact your colony in various ways – rationing makes people grumbly, but makes food last much longer; free video games makes people very happy, but makes any VR Centres chew through a lot more electricity. 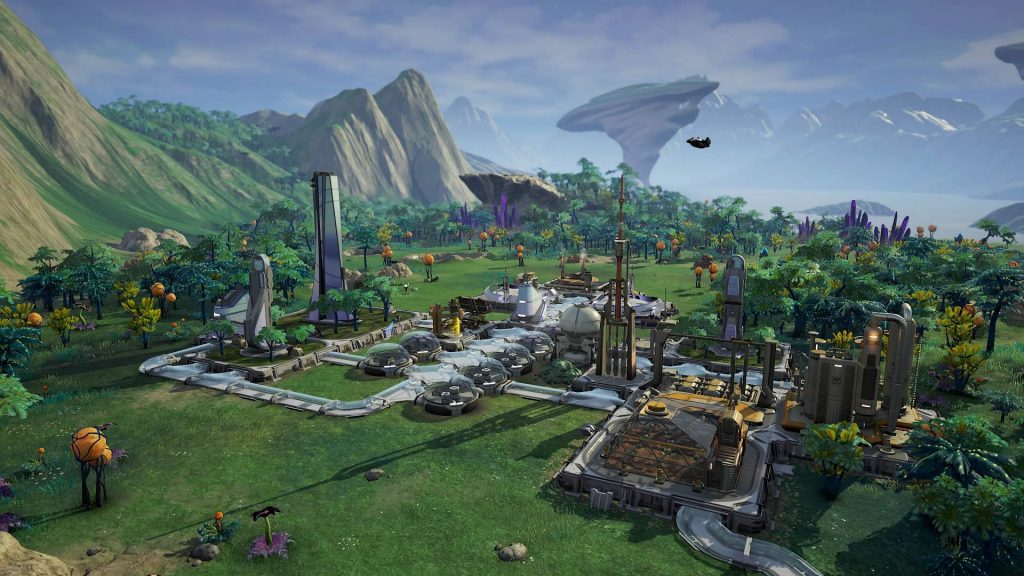 As you might expect, the extent to which you need to engage with these different systems does vary between difficulty settings, and the higher ones generally require more micromanagement just because of the demands that they place on you. The important thing here, though, is that there’s plenty of depth in the management systems and the strategy that comes from that for those who want such things, while making them very optional for people who just don’t care, or whose care varies over time and between different aspects of the game.

That said, it doesn’t hit the extremes of either side; people wanting something really hardcore or really casual may be left wanting. But for everyone in the middle – most people, I’d wager – Aven Colony strikes an excellent balance and let’s you play the way you want, and that’s the thing that’s making it my go-to city builder.

Aven Colony is developed by Mothership Entertainment and published by Team 17. It’s available now for PlayStation 4, Xbox One, and PC.