What would an E3 be without some sort of gender representation – related controversy? This year, Nintendo have kindly stepped up to deliver on this front, with Nintendo producer Eiji Aonuma confirming that, no, The Legend of Zelda: Breath of the Wild will not have the female hero that many were hoping for.

Calls for a female variant of The Legend of Zelda’s hero have been around for a long time – he’s meant to be a silent protagonist onto whom players can project themselves, after all – and things were looking hopeful. Earlier this year, Hyrule Warriors Legends introduced the frustratingly-named but generally wonderful Linkle, a unique character (i.e. not “girl Link”) who nonetheless is clearly designed to mirror Link. There was hope that she might show up in the new Zelda game for Wii U and Nintendo NX, or better yet, that players would be able to choose the gender of Link, who is looking more androgynous than ever.

But alas, it’s not to be. In an interview with GameSpot, Aonuma revealed that they had considered the possibility, but ultimately decided against it.

“We thought about it,” said Aonuma, “and decided that if we’re going to have a female protagonist it’s simpler to have Princess Zelda as the main character.”

This idea was ultimately rejected, because according to Aonuma “…if we have princess Zelda as the main character who fights, then what is Link going to do? Taking into account that, and also the idea of the balance of the Triforce, we thought it best to come back to this [original]makeup.”

What would Link do, if Zelda was taking up all his important, hero-ing duties? What indeed. Here are a few possibilities…

Wait to be rescued

Link could just do what Zelda (and Princess Peach, and Princess Daisy) has spent so much time doing: patiently waiting to be rescued by the dashing hero. His role is important – critical, even – but it doesn’t really need to be elaborated upon. After all, he’s there to be a motive for the illustrious, heroic Princess Zelda, and what better way to do that than to be a helpless captive?

Link is certainly a very pretty young man, and what better way to celebrate that than by reducing him to nothing more than his golden locks, pert butt, and shapely pecs? With the narrative focus firmly on Princess Zelda, Link doesn’t really need a character and personality of his own. For best effect, the game could include lots of gratuitous close ups of said pert butt and shapely pecs to remind players of just what’s at stake, and what they, through Zelda, are fighting for.

No, locking Link away for 90 percent of the game or making softcore porn of him seems harsh; he should be able to come along with Zelda on the adventure. It’s the least we could expect from a game that’s named after him, right? But at the same time, Zelda is self-sufficient, tough, and pragmatic – she doesn’t need a comrade on the front lines alongside her. No, what she needs is a cheerleader; someone to support her with buffs, pick up items for her while she does important things like killing stuff, and kiss her boo-boos better, but who will only take a fraction of the glory from the inevitable victory over evil.

Link is important, arguably the most important character in the Legend of Zelda series. So why not give him the most important, noble duty of all – dying to provide motivation for and further the story of our hero. He can join such noteworthy, memorable characters as Kratos’ wife and daughter, Aiden Pierce’s niece, Joel’s daughter, Joel’s smuggling accomplice, Max Payne’s wife and daughter, CJ’s mom, Setzer’s girlfriend, Dominic Santiago’s wife, and Cloud’s love interest. 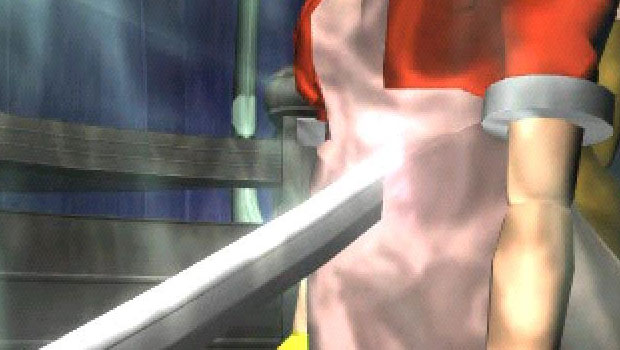 Maybe the best option, or at least the easiest option, is to just not include Link in the game at all. I mean, is he really needed? Sure, it might mean most (or all) of the characters in the game are women, but are the girls playing it really going to care? Are there even going to be any boys playing it, or are they too busy with casual games like Call of Duty to be worried about being represented in a real game like Legend of Zelda?