Australi #1 is a fine start to what’s sure to be great series, drawing on Australia’s wealth of untapped potential for fantasy.

Australia is a land of stories. For 40,000 years, Indigenous Australians shared knowledge and culture in the stories passed down from generation to generation. The sands of time and the march of colonialism mean, sadly, that many of those tales have been lost, but what’s been preserved and recovered offer some insight into a tradition of dreams and storytelling. 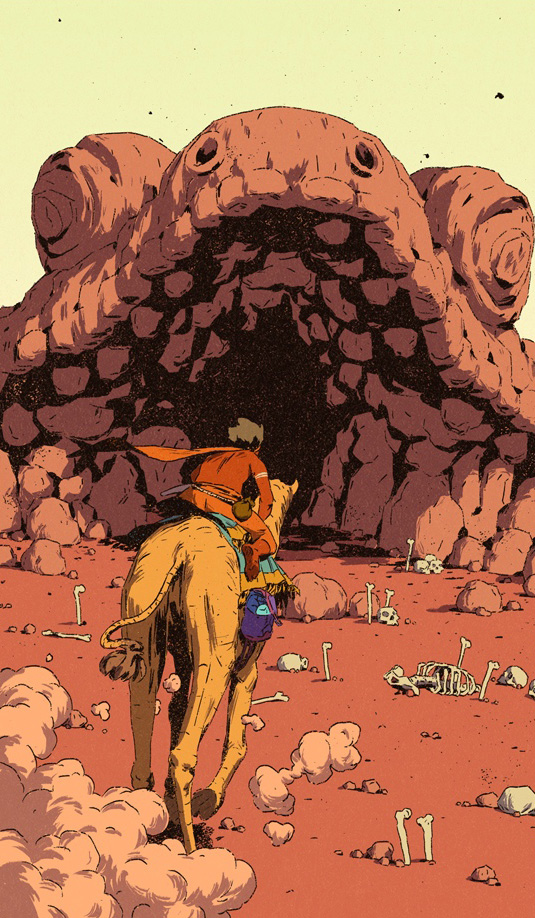 Timothy Wood and Pius Bak draw on that tradition to tell a very Australian take on the fantasy epic in Australi. With the nation of Australi – based on 18th century Australia – under threat of invasion, a young Indigenous boy called Maloo. He’s a wanderer, travelling the desert with his camel, Spit, and looking for riches. But when he unwittingly steals a magical gemstone from the leader of the British occupation, he sets in motion a journey to fulfill his destiny as the hero of Australi.

You can download a free PDF of Australi #1 from the Kickstarter campaign page for Australi: Volume 1.

It’s a rather typical, familiar fantasy setup, but wrapped in an Australian-ness that makes it stand apart. There’s no mistaking the scorched desert landscapes for anything other than the outback. One major scene involves an encounter with a giant goanna, a native Australian lizard that features heavily in mythology and folklore. Even in a written form, the characters all speak with a certain Australian twang that instills the accent in your head as you read.

The whole context of the story is decidedly Australian. Australi is a land with thousands of years of history, but that’s all being washed away by invading forces. Maloo is an Indigenous boy born into this time of change, with no connection to his land, his culture, and his people. It may be a fantasy story, but it’s situated firmly in Australian history.

“Australi was created to celebrate the heritage of Australia and the First Nations’ Peoples. This story is not their story, but an attempt to capture its spirit,” reads a message at the start of the book. “The team consulted throughout with Indigenous artists, community figures, and cultural centres, and firmly believe what has been hidden now needs to be seen. To know, to celebrate, and to honour.” Even with good intentions, it’s tricky to write about another culture in a way that’s respectful and not appropriative. It’s not my place to say if Australi succeeds in that respect – I’ll leave that to Indigenous commentators – but it’s nice to see that so much effort was put into doing right by the people who inspired this story. 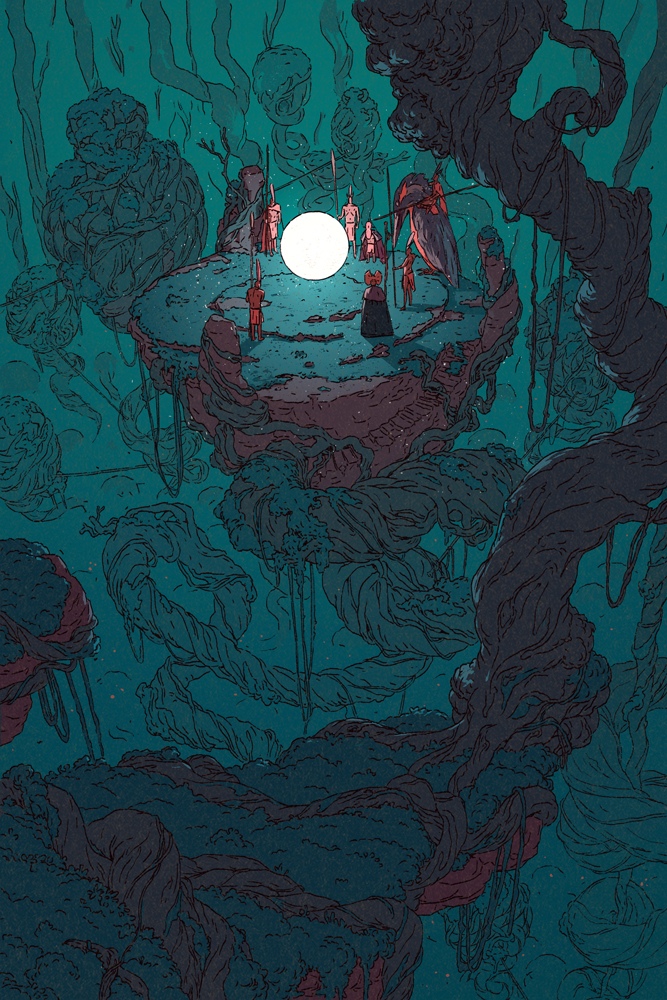 Of course, being the first issue, Australi #1 is focused on setting the scene and introducing characters. Even when they’re only given a page or two, you get a great sense of the sorts of people the key players are, from the reluctant hero to the dangerously ambitious villain. They’re all fantasy archetypes, but that’s a great way of quickly establishing personalities – just as long as future issues build on that framework and don’t let characters stagnate into cliches.

One thing I can’t praise highly enough is Bak’s art. He has a rough, sketchy style – not lazy or cheap, but a deliberate stylistic choice – balanced by soft colours and intricate character designs. The end result is a book with a sense of wild, untamed beauty and wonder; a perfect fit for the outback setting.

All up, Australi #1 is a fine start to what’s sure to be a great series. Australia has so much untapped potential for fantasy fiction, and a celebration of Australia’s Indigenous heritage is certainly welcome.

Australi #1 came out last year, following a successful Kickstarter campaign, and is available in PDF format (for free) or special edition hardcover. The rest of the series won’t be released issue by issue, but in volumes collecting six or so issues at once.

A Kickstarter campaign launched in late February for  Australi: Volume 1, collecting issues #1 through #6.