If you’ve walked into a toy store, department store, or even a supermarket in recent months, you’ll no doubt have seen a swathe of new “blind box” toys. LOL Surprise dolls are the most prominent by far (in New Zealand, at least), but plenty of others are cropping up in the same space.

Blind-packaged toys are nothing new, but the new wave stands out by making the unpackaging process a game in its own right. Rather than simply opening a box and getting a toy, these new ones comprise multiple parts, with a multi-layered process for unboxing them that involves some sort of puzzle solving or tactile element.

Treasure X is Australian toymaker Moose Toys’ effort to jump on this trend, and they’ve done a very good job. Building off the idea of discovering old pirate treasure, Treasure X offers a more tactile and messy (in a good way) experience as you dig through a block of condensed sand to find the handful of treasures hidden within. 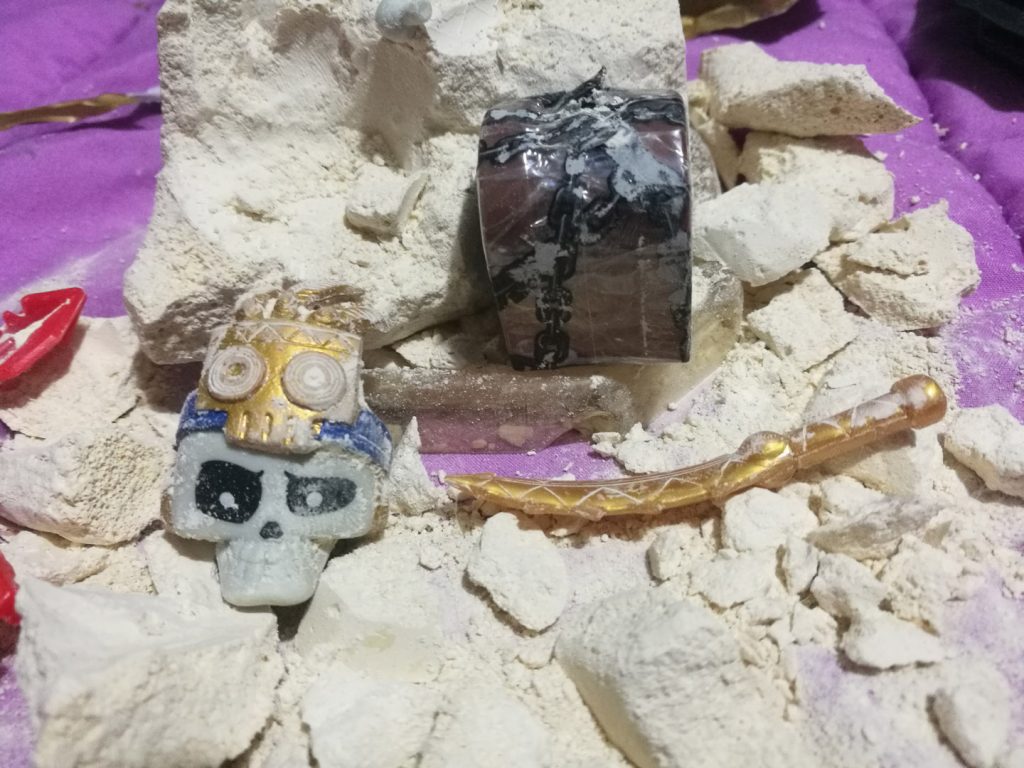 It’s very similar, in practice, to those paleontology toys often found in the science toys section, which have you excavating a set of dinosaur bones or some such. In Treasure X’s case, what you’re digging up are the different parts that combine to form one of the collectible skeleton figurines, as well as a treasure chest containing some ancient artifact or another (and, according to marketing materials at least, there’s a 1 in 18 chance of getting one that’s coated in real gold).

Even when you know what the end result is going to be, in the case of those paleontology toys, the process of excavating them is exciting. Opening up a blind box is exciting—that’s why they’ve been so popular for so long. Treasure X simply combines those two things. You chip away at the rock with a plastic tool included in the box, until you see, perhaps, an eye or a foot. That gives you something to focus on with your digging, until you can dislodge it and clean the dirt off, then you carry on to the next one. At some point (most likely before you’ve completely dislodged all parts) you’ll know which of the 24 figures you’ve found, but that’s fine—finding the remaining pieces is still just as much fun.

It’s good that the excavation element is as enjoyable as it is, because the “10 levels of adventure” line of marketing is, if not technically inaccurate, at least somewhat misleading. Here’s the full list of those levels of adventure: When you first open the box, there’s a treasure map,a gold paper-wrapped rock, and the digging tool—so, in practice, numbers 1 and 3 are the same “level of adventure”. Digging and chipping the rock (#5) is the process by which you discover the bones and weapon (#6) and the treasure chest (#8), so those are all, in practice, the same “level of adventure”. Adding water to fizz (#9) is how you reveal your treasure (#10), so those are the same level. 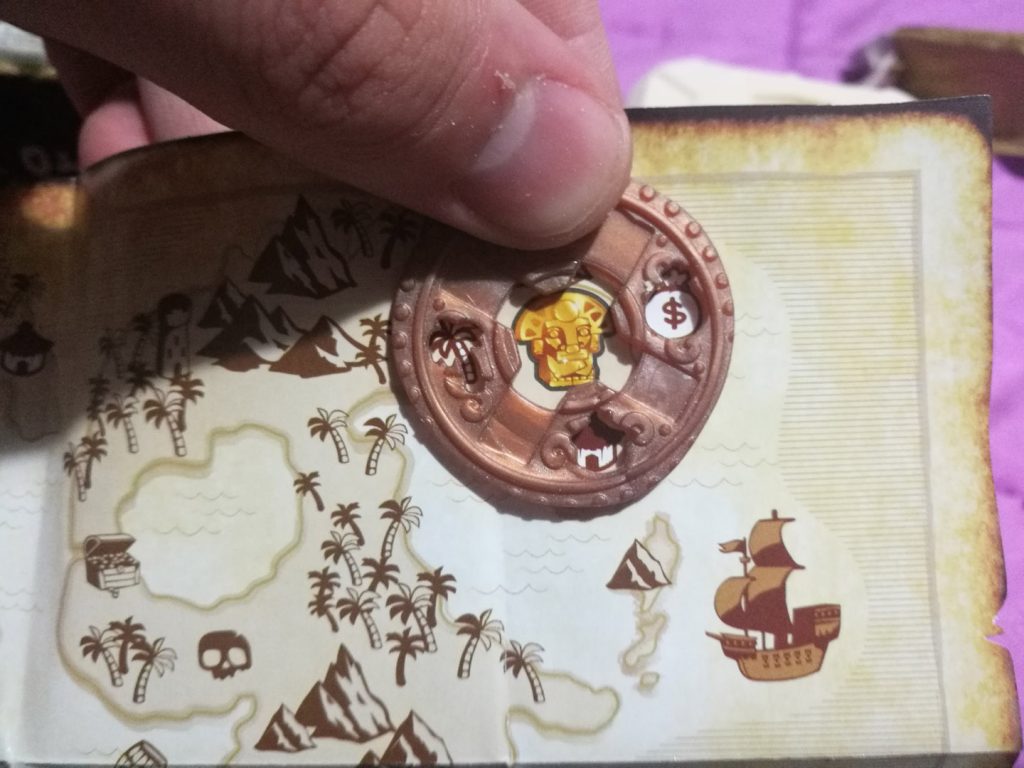 So really, there are six “levels of adventure” at best, and most of those are of little consequence. A couple of them are literally just opening the box and removing a layer of paper. “Using the coin on your quest” is a brief and unnecessary distraction from the main goal of uncovering your figure and treasure, and simply involves matching up the icons on a plastic coin with those on the map to see which of the eight gold-coated treasures you might get. On point 9, The Adventure Pack that I opened didn’t fizz so much as just discolour the water I poured in, until I gave up and just dig the treasure out of the chest by hand.

Nonetheless, the main “level of adventure”—the excavation part—is exciting enough in its own right to make the others little more than a mildly annoying marketing gimmick.

The other area where Treasure X stands out from similar blind-packaged toys is in the quality of the figures you get. The sense of personality in each one is immediately apparent, even standing just a couple of inches tall. The broad simplicity of each design makes that happen—Blingy the Kid, for instance, is recognisable in a glance by their fedora and the red bandana across their face. At the same time, there’s plenty of detail in those simple, identifying elements that makes them look polished, and their faces are expressive, avoiding that dead-eyed stare that you often see in cheaper figures. 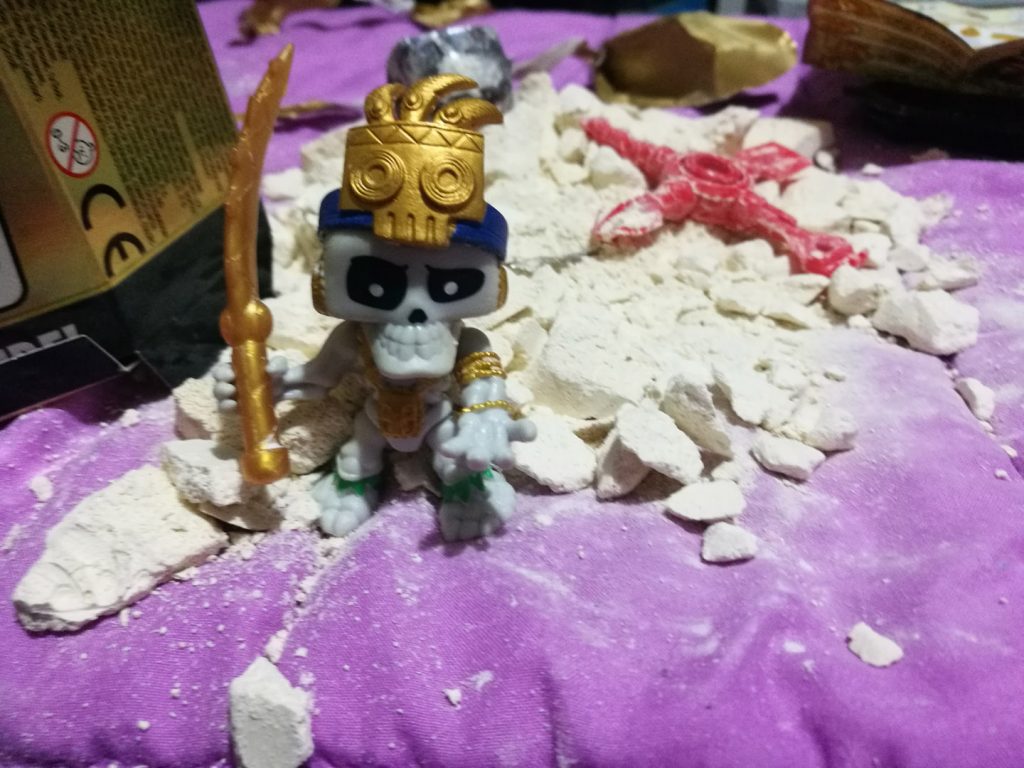 The treasures themselves are a bit more throwaway. Unless you get one of the gold-dipped ones (which, I should point out, I haven’t seen in person) they’re basic plastic trinkets with nothing to make them stand out—especially next to the treasure hunters themselves.

Still, for both children looking for a new toy to play with an adult collectors, it’s the treasure hunter figures and the process of digging them up that is the main appeal here. In that, Treasure X is very successful.

Shindig purchased one Treasure X Adventure Pack for the purposes of this review.